What's on partypoker TV This Month

The World Cup? Whatever. Love Island? Absolutely not. All you need on your box this June is the best channel in the game, partypoker TV. Whether you want major sports stars battling it out at the felt, highlights of the best of the best clashing at MILLIONS Barcelona, or the always dramatic The Big Game, we’ve got a programme for you.

In June we’ll be going nutty for Season 7 of The Big Game. The event gave some of the biggest names in poker the chance to tackle one of the toughest cash games out there. Faraz Jaka, Tony G, Raul Mestre, Max Pescatori, Daniel ‘Jungleman’ Cates, and Alex Torelli all threw themselves into the fray in Barcelona for an epic twelve-hour battle, complete with huge hands, controversy, and shocking player evictions. Episode 2 will be on Friday 1st, Episode 3 will be on Sunday 3rd, with Episode 4 on Monday 4th.

Season 7 of The Big Game will then continue with four episodes shot at The Merit Crystal Cove in North Cyprus, on the 6th, 8th, 10th and 11th. Some of the world’s top players and biggest high rollers, including Sam Trickett, Roger Hairabedian and Daniel ‘Jungleman’ Cates, clashed in a major test of their endurance, skill and bankrolls.

We’ll then be delighted to bring you all thirteen episodes from the epic Big Game VIII Germany, shot in February at the King’s Casino in Rozvadov. The world’s most famous cash game took place during the MILLIONS Germany festival and ran for an impressive 36 straight hours.

Among those who took part in the Big Game VIII were a host of seasoned pros and VIP businessmen including partypoker Ambassador Sam Trickett, Dusk till Dawn owner Rob Yong, two-time world champion darts player Michael Van Gerwen, successful businessman Yair ‘The Wolf’ Bitouin, Lithuanian businessman and the man with the big heart Tony G, and international poker superstars Viktor Blom and Team partypoker’s Philipp Gruissem. There will be two episodes a day on Mondays, Wednesdays, Fridays and Sundays, starting on Wednesday 13th and ending on the 24th.

Another exciting addition to the schedule is a two-hour highlights show of the partypoker LIVE MILLIONS Grand Final Barcelona, filmed in April as the first season of the MILLIONS tour came to it's incredible conclusion. There are two chances to catch it, either on Saturday 2nd or Saturday 23rd.  It's an absolute must-see! 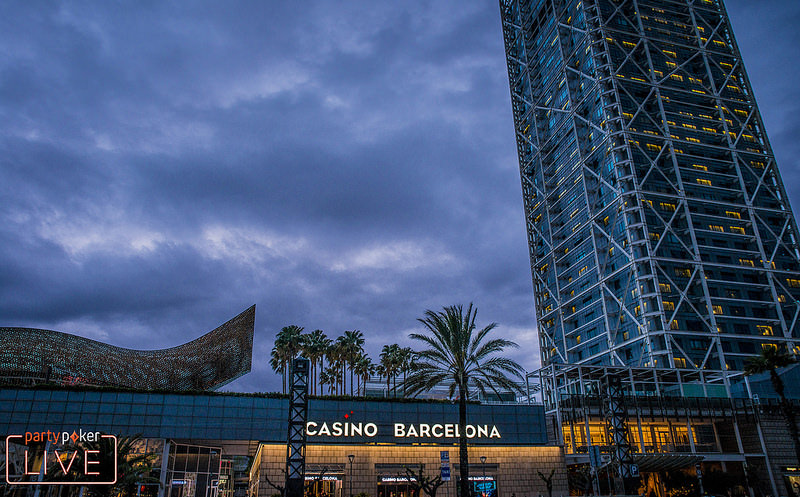 What have sporting legends Giancarlo Fisichella, Graeme McDowell, Frank De Boer, Frank Leboeuf, Phil 'The Power' Taylor and Brad Drew all got in common? That they all appeared on the ludicrously entertaining partypoker.com Sports Stars Challenge IV. The show features eight episodes, with the sports stars first split into heats based on which sport they played. The winners all progressed through to the Final Table, and it was brilliantly watchable TV throughout.

The first episode features the best from the world of darts, Episode 2 saw rugby legends trying to make it through, Episode 3 featured the best of boxing looking to knock out the competition, before the fourth episode saw motorsport royalty racing to make the final. Episodes 5 and 6 featured some of football's finest trying to score some chips, with episode 7 golfing legends trying to make some green. Episode 8 is the Grand Final, bringing together the winner of each heat as they competed for the £20,000 top prize. The first installment of Sports Star Challenge IV will be shown on Tuesday 5th, and the show will run to Thursday 21st, airing on Tuesdays, Thursdays and Saturdays.

The new partypoker TV channel can be found on Sky (channel 431) and Freesat (channel 250). So head to those channels from 23:00 GMT to 01:00 GMT every night, sit back, relax and enjoy a whole world of partypoker action.

As the channel and audience grow, so will the number of shows created specifically for partypoker TV. Fire up partypoker TV and let us know what you think of it – after all, it's your poker channel!