Who's the highest-placed Englishman on our countdown? It's not Sam Trickett, nor is it any one of the many more well-known luminaries who hail from the Sceptered Isle. It is Michael Zhang (pictured below), who racked up his career-high score of $979,876 when he took down the €50,000 Super High Roller at King's Casino in February this year. He triumphed at one of the toughest final tables we've ever seen on the partypoker LIVE tour, too, toppling German powerhouses Tobias Ziegler and Dietrich Fast as well as Brazilian legend Felipe Ramos. 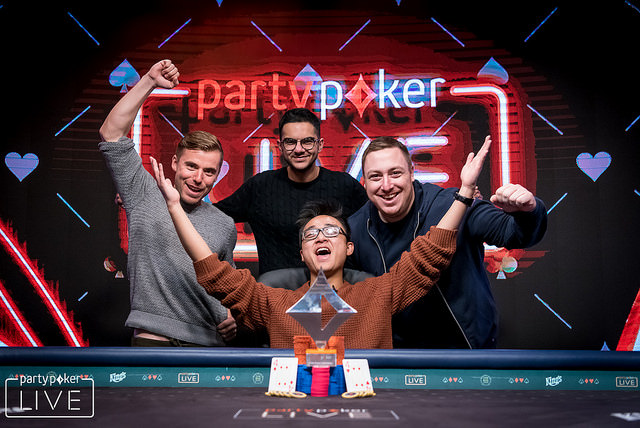 Battling three-handed with Timothy Adams and Mustapha Kanit, it was Kanit who ran Zhang closest. But the Englishman took it down for just under a million dollars. His other big cash in Rozvvadov came when he banked $36,507 in the €10,300 WSOP Europe Main Event in November 2017. Zhang will be relishing his return to Rozvadov next time he takes his seat at King's Casino. 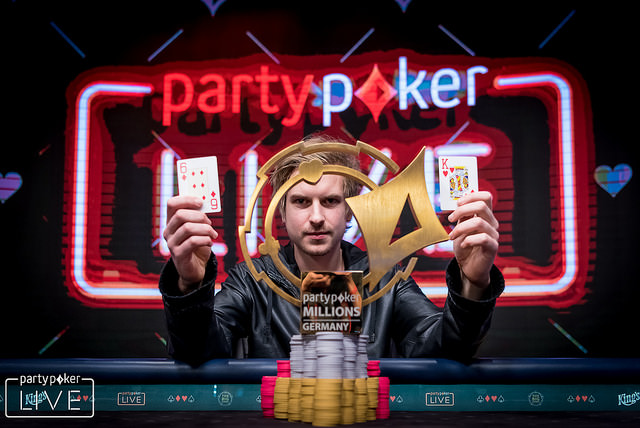 The Swedish poker sensation is one of our most famous winners in the Top 10, largely because he won an incredible $ 1,048,153 when he made history by winning the MILLIONS Main Event in Rozvadov just a few months ago. Blom's spectacular victory was made all the special by the manner in which it was achieved, hero-calling his way to the title with the play of the tournament. The fact that Blom has signposted his intent in the festival by finishing 15th in the €2,500+200 Warm-Up event for $13,473 may have escaped some observers, but that rounds off his winnings to date at King's Casino, a venue he'll remember forever. 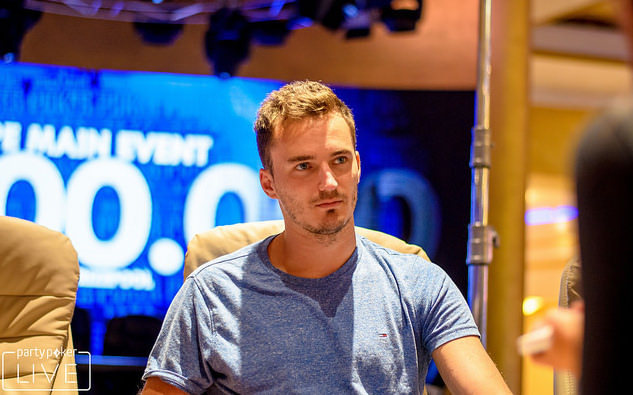 German pro Sontheimer has banked his seven-figure winnings in three visits to the German/Czech border. Sontheimer may have banked $940,135 when he came fourth in the €111,111 High Roller for One Drop in November, which topped his fifth-place finish for $78,392 in the following tournament at the same festival, the €25,000 Super High Roller. But a few months earlier, he'd won €115,000 when he finished third at the partypoker German Poker Championships in the €25,000 GPC Super High Roller 8-Max event, behind Tony G and eventual winner, Jack Sinclair. Sontheimer clearly has the bit between his teeth whenever he leaps onto a plane bound for King's Casino! 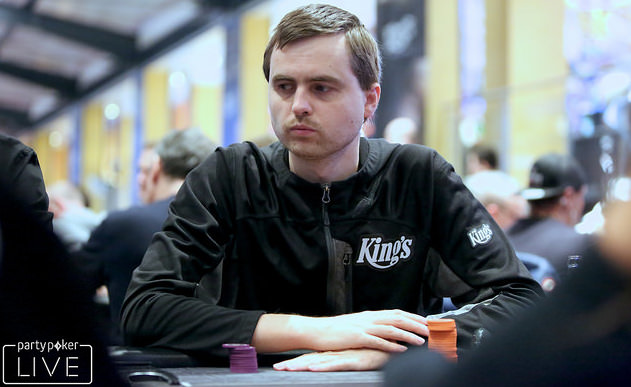 In the last year, Martin Kabhrel has cashed 17 times. Of those cashes, a massive 14 of them have been in his native Czech Republic and the man who regularly dons the King's Casino apparel has a track record you can put your shirt (or hoody) on in Rozvadov. The $ 427,397 he took home for finishing eighth in the €111,111 High Roller for One Drop in November 2017 remains the largest result in his career, but his consistency in an ever-changing game is what marks out Kabhrel for greatness. With 11 six-figure tournament results to his name, Kabhrel remains one of the most dangerous opponents you could meet in King's Casino. Long may he reign.

If you don't immediately recognise the name, it's not a huge surprise. After all, prior to taking down the € 10,300 WSOP Europe Main Event at King's Casino in Rozvadov, Economics teacher de Torres had only banked $30,000 from the recreational pursuit of poker glory. But his life was changed forever when he bested a table including stars such as Jack Salter, Niall Farrell and Maria Ho, and in doing so won $1,297,552. Along the way, de Torres even had to topple our recent Vegas diarist Mathijs Jonkers, who finished third for $556,332. Anyone who can outlast Jonkers et al when they get to the final table of a 529-entry Main Event has our respect!

A fourth-place finish at the 2017 World Series of Poker Europe's €111,111 High Roller for One Drop saw the impressive Austrian professional Thomas Mühlöcker bag $1,277,436, another career-high score. Mühlöcker has already amassed an impressive career of tournament results totaling over $6 million, including victories in Las Vegas, Barcelona, Melbourne and even his home country's capital, Vienna. Inscrutable at the felt, precise with every bet and with a live game-face that could curdle lemonade, Mühlöcker will always be one of the favourites at King's Casino. 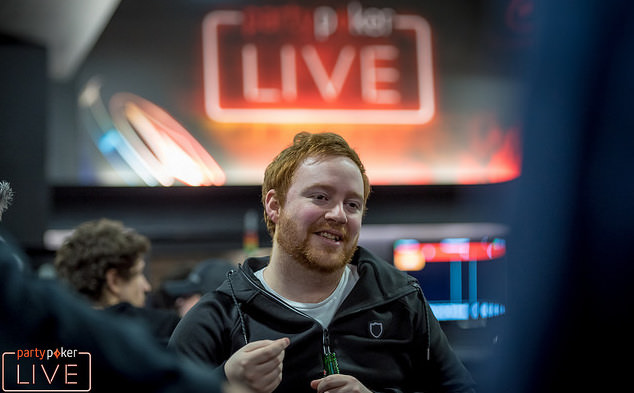 The eponymous Scottish player, known as 'Firaldo' to his many fans and rivals, banked his three biggest Rozvadov results across tournaments in November and February in the previous nine months. One of the popular players on the partypoker LIVE tour, Farrell is known as the life and soul of any party, and it is easy to be charmed by his easy-going charm away from the table. But he has a ferocious focus in any poker tournament, and still a young man, with over $5 million in live earnings without ever cracking a seven-figure score, this remarkably consistent winner is sure to be one of the biggest names in the game for years to come.

Hailing from Belarus,Bodyakovskiy pocketed $ 150,692 for his second-place finish in the €25,000 Super High Roller at the 2017 World Series of Poker Europe back in November, but with plenty more Rozvadov results, he is clearly a player to be reckoned with. In fact, his last seven cashes have each come in seven different countries, with the globe-trotting Belarussian having taken a career-high $ 2,499,185  for winning the HK$ 1,000,000 Triton Super High Roller Main Event in Budva, Montenegro recently.

One of two Germans at the top of our chart, Eiler's best result in Rozvadov was his runner-up finish in the 2017 WSOPE in that famous $111,111 Big One for One Drop. That gave him a massive prize of $2,511,762, but the German loves Rozvadov, with five of his six cashes in 2017 coming at King's Casino. If you're thinking that he has had a slow time since that WSOPE run, think again. His last three results were a win, a fourth place and a fourth place, in tournaments costing $5,000, $25,000 and $100,000 to enter, that most recent result being in the 2018 WSOP in Las Vegas just a few short weeks ago. Boss! 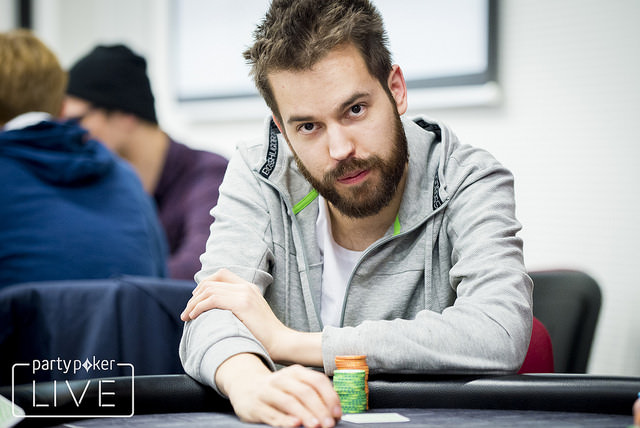 What is there to say about the irrepressible Dominik Nitsche that hasn't already been written? One of the most recognisable faces on many a tour for years first cashed in a poker tournament back in 2009. That result was a title, when Nitsche won $ 381,030 by taking down a Latin American Poker Tour Main Event. He has never looked back. While his victory in the 2017 €111,111 High Roller for One Drop earned him the bulk of his $4,511,915 earnings at King's Casino, the win being worth just over $4 million, he can't stop winning in the town on the Czech/German border. Nistche's follow-up win in the € 10,000 High Roller at MILLIONS Germany was worth a cool $ 374,392. Apart from the standalone achievement, it was yet another signpost in a poker journey that in less than a decade has earned the German an incredible $15,264,211 in live tournament winnings alone. Wunderbar!