The History of the Grand Prix

Grand Prix. Two words that evoke excitement, competition, glamour. The partypoker LIVE Grand Prix events do all those things. They are now one of the main attractions on the worldwide partypoker LIVE tour, drawing crowds of thousands with their low buy-in, huge guarantee format. With the Grand Prix Million Germany fast approaching, it’s difficult to remember a time before the Grand Prix's phenomenal success. However, it wasn’t always this way. The very first Grand Prix, for example, featured players arriving by the bus-load from a pub in Ipswich to play at Dusk Till Dawn.

That’s not to say that the first event was just a few dozen people who weren’t taking it too seriously. Far from it, the very first Grand Prix, all the way back in October 2010, was grand in every sense of the word. In true Dusk Till Dawn/partypoker style, it was an attempt to set the record for the most players in a UK poker tournament, which at the time stood at 730 players. Dusk Till Dawn being Dusk Till Dawn, it set the guarantee for the £50+8 buy-in tournament at £40,000, or the equivalent of 800 players. The Grand Prix series started as it meant to go on, smashing the guarantee by 100 players and setting a new UK record. The winner of that very first event was John Sadler, who took home £10,823 for his troubles. 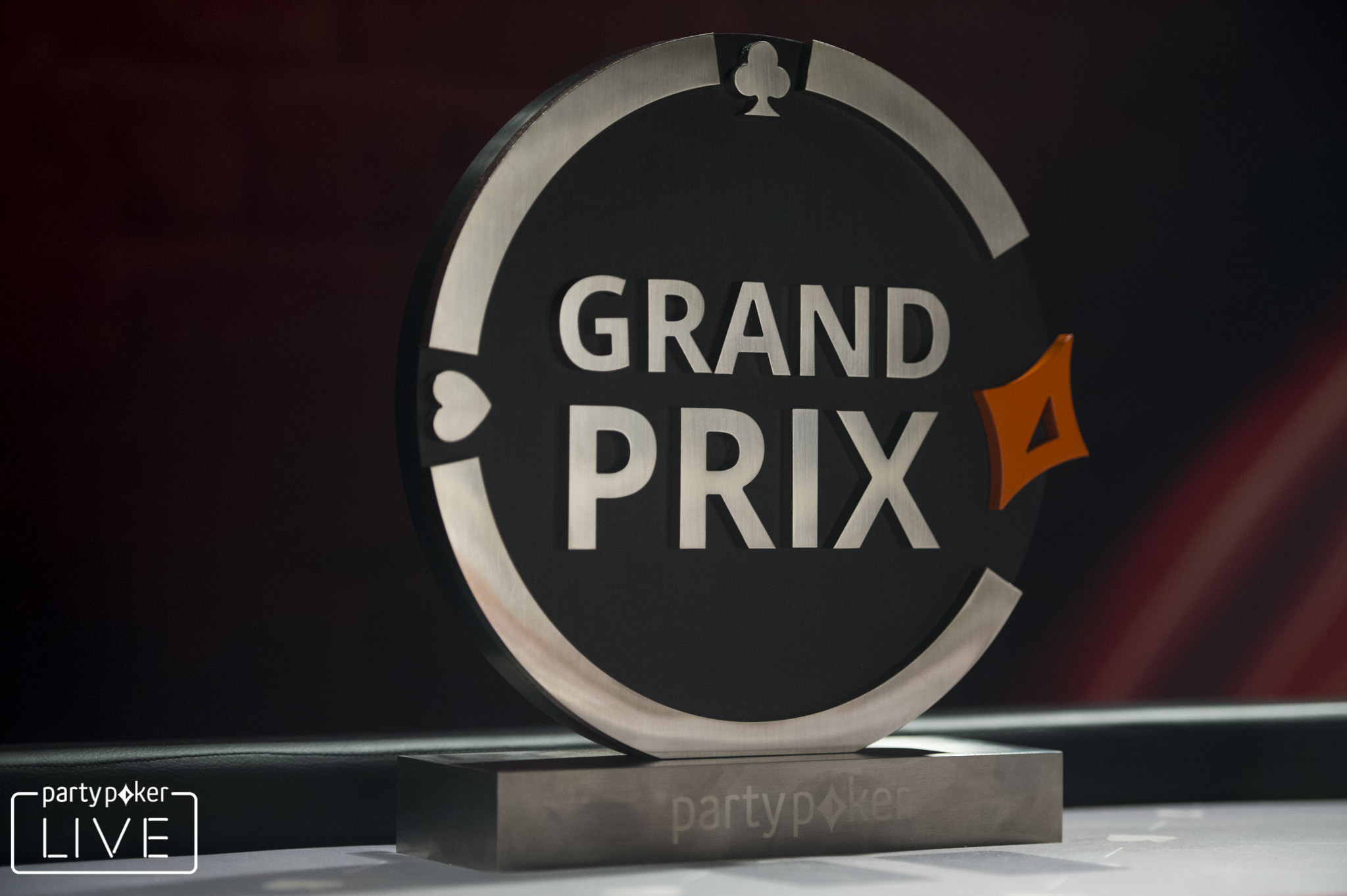 From there, the Dusk Till Dawn Grand Prix went from strength to strength, growing to become a prominent feature on the UK poker calendar. The events flourished, with three each held in 2011 and 2012, and two in 2013. A particular highlight was the August 2011 edition, which saw Dusk Till Dawn put up an incredible and ambitious €250,000 guarantee for the first time. Tommy Bingham took down the tournament for €46,369, and, although the guarantee was missed, with 4,010 entrants paying the €50+10 buy-in and Dusk Till Dawn having to make up a near €50,000 shortfall, a pattern was set. Small buy-in, gigantic guarantee. This simple premise would prove the recipe for the success of the Grand Prix for years to come.

In 2012, three more Grand Prix events were held, with two €100,000 guarantees beaten by the now familiar re-entry format, and a €200,000 guarantee narrowly missed in July. Always on the lookout for innovation, Dusk Till Dawn allowed players to re-enter on the same day, and introduced Golden Chip Satellites which allowed players to win a ticket to the Caribbean Poker Party if they made the final table. Michael Webber, James Clarke and Paul Jenkinson all earned gold in the year of the London Olympics. Two more Grand Prix events followed in 2013, with the buy-in remaining at an affordable £50+10. Tan Le made Grand Prix history when he earned a massive £50,000 for his victory in the September edition. Not a bad return on his £60 investment! 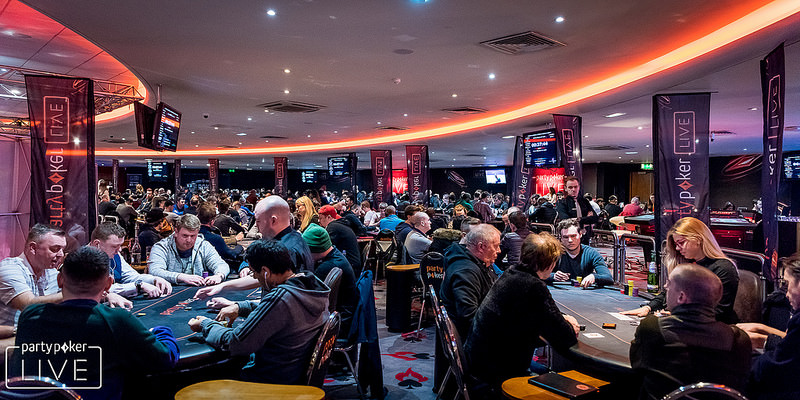 Four more events followed in 2014, with Paul Jackson, Luigi Viscomi and Mantas Zeringis in the winner’s circle. Then came the most ambitious Grand Prix to date, with the Grand Prix Final, held in October, doubling the buy-in and putting up a quarter of a million guaranteed prize pool, including 100 seats to a WPT 500 event. The guarantee was beaten, with Nicholas Gott taking £35,000 for victory. The sky seemed the limit for the Grand Prix brand.

A joint venture between Dusk Till Dawn and partypoker, The Grand Prix Poker Tour saw a series of Grand Prix Events take place in 2015 and 2016 at some of the most famous football stadiums in the country, including Stamford Bridge, Old Trafford, St James Park, Elland Road, Hampden Park, The Amex in Brighton, The Cardiff City Stadium, and then back at good ol’ Dusk Till Dawn. The excitement of playing poker at the home of some of the biggest football clubs in the land- and Brighton- was infectious, and field sizes continued to astound. A total of 3,200 players took to the felt in the Stamford Bridge event, and guarantees were once again set at a cool quarter of a million. Sunil Mistri conquered the home of Chelsea, with Daniel Mcnairney triumphing at the Theatre of Dreams in victories worth £35,000 each. 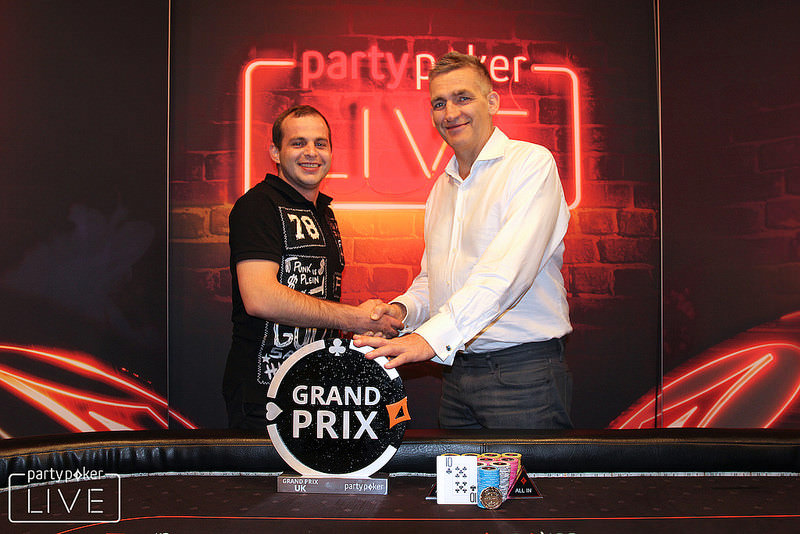 The buy-in size varied, but always remained between £50 and £100, ensuring Grand Prix events were affordable for everyone. Among those to take down Grand Prix Poker Tour titles at some of the nation’s most majestic stadiums were Nathan Farnaby, James Dempsey, Drew Kirkland and Alan Picken. By this point, the Grand Prix brand was so well established in the UK poker tournament calendar that the Grand Prix Poker Tour Mini series could be launched, which were smaller Grand Prix events hosted at partner casinos in the same cities of the Main Tour with the addition of Bristol and Milton Keynes. They had similar buy-in sizes, but smaller guarantees to the Main Tour Grand Prix events, but they nonetheless proved to be a big hit. The pull of the Grand Prix name had never been stronger.

Three more Grand Prix Poker Tour events were played in late 2016, back at their spiritual home, Dusk Till Dawn. All of these boasted the £250,000 guarantee that Grand Prix events were so famous for. Some made the guarantee, some didn’t, but what was guaranteed was the enthusiasm of the players to play a big-field, major poker tournament for a small buy-in. Jonathon Kalmar, Sanjay Patel, and Martin Ward were the lucky players to emerge victorious. 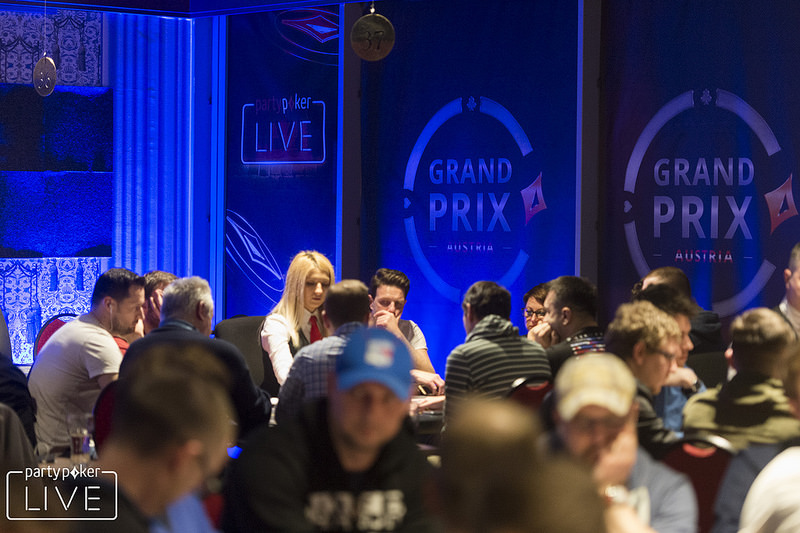 Since the end of the GPPT in 2016, the Grand Prix brand has gone global. It is now an integral part of the wildly successful partypoker LIVE tour, holding its head high alongside the illustrious MILLIONS events and providing players with smaller bankrolls the chance to play major tournament poker for huge guarantees. Grand Prix events have been held as far afield as the Czech Republic, Austria and Canada, proving immensely popular everywhere they go. There were €500,000 guarantees at King’s Casino in Rozvadov (twice), and the Montesino Pokertainment Centre in Vienna (three times), with the half a million guarantee beaten each and every time. The Grand Prix events continue to shatter what the poker world thought was possible for low buy-in events. The latest Grand Prix in Vienna even managed to garner an incredible €872,290 prize pool, absolutely obliterating the guarantee.

Over on the Emerald Isle, Grand Prix events have been credited for helping cause a resurgence in Irish poker, with Team partypoker Ambassador Padraig Parkinson saying: “I think we kind of hit on the right number with the buy-in of €120 for these Grand Prix’s, that’s what the Irish market and the grassroots players go for.

"The grassroots guys in Ireland who play two or three times a week in their local casino or their local pub, these guys are the proper backbone of Irish poker. I mean, they're what makes Irish poker so fascinating and so much fun, but they kind of got left behind. But the Grand Prix tour has changed all of that.” The Grand Prix tour in Ireland has taken on a life of its own, with wildly popular events, both regular and Mini, in Dublin, Cork, Killarney, and Athlone, as well as the Grand Prix Irish Open event, which Laurence O’Kane took down for €43,550. 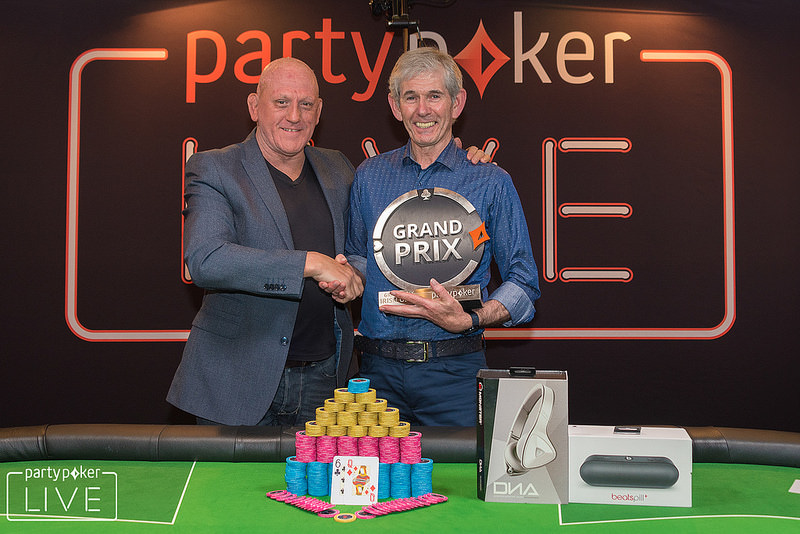 Grand Prix supremo Simon ‘Aces’ Trumper attributed the success of the Grand Prix events to the fantastic and experienced team around him who make sure everything runs smoothly. “I’m working with a great team who many players are familiar with and recognise from Dusk Till Dawn. Working with them means we can bring a DTD and partypoker festival atmosphere to a venue near you, without you having to break the bankroll.”

Love for the Grand Prix events seems to be a popular sentiment among players. There seems to be no stopping the Grand Prix juggernaut, with the brand continuing to grow at a rapid pace. It has proved incredibly popular with players, who continue to take advantage of Online Day 1s, Live Day 1s, and innovative promotions like the Golden Chip, which has seen prizes ranging from cars to Caribbean Poker Party packages won over the years. The Grand Prix success story is underpinned, however, by its commitment to the low buy-in, gigantic guarantee format that has seen it grow from an ambitious record-breaking tournament at Dusk Till Dawn in 2010 to an international tour that makes the poker world sit up and take notice.