The 49th Annual World Series of Poker has just a week left to run, but there are still a number of bracelets still up for grabs with twelve of the record total of 78 events yet to crown a champion.

The week just gone was a dramatic one, with all the usual excitement we’ve come to expect from the big dance at the Rio All-Suite Hotel and Casino. We are now deep into the famous WSOP Main Event, with five days of play completed. A total of 109 players are still in the hunt for the biggest title in poker, with Michael Dyer, Bryan Yoon and Jeff Trudeau sitting proudly atop the counts.

Other highlights have included Dan Matsuzuki winning his first bracelet in Event #64: $10,000 Seven Card Stud Hi-Lo 8 or Better Championship for $364,387 after defeating Scott Bohlman heads-up, and Galen Hall earning his first bracelet by winning Event #62: $888 Crazy Eights No-Limit Hold'em 8-Handed for the appropriate prize of $888,888, boosting him to over $5M in live tournament earnings.

Well, there have been no bracelets yet, but in the we have had plenty of near-misses, and a couple of deep runs in the Main Event. 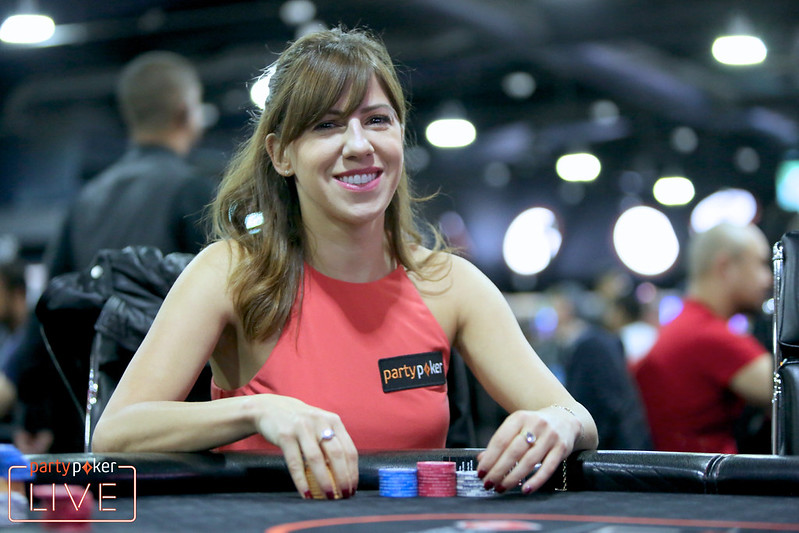 Anatoly Filatov put up Team partypoker’s biggest fight in the Main Event, fighting his way through the thousands of hopefuls to earn a spot in Day 5. That would be as good as it got for the affable Russian, however, and he was eliminated in 255th for $42,980. Filatov has had a good World Series so far with four cashes in total, including an 11th in Event #28: $3,000 No Limit Hold’em – Six Handed for $27,284.

Kristen Bicknell also went deep in the Main Event, battling all the way through to Day 4 with 565,000 chips, a big turnaround from the 15,000 the Canadian had after Day 1. Unfortunately, she eventually succumbed in 492nd for $26,535. It’s been an excellent series for Bicknell, with no less than six WSOP cashes, with the 11th place in Event #54 for $29,284 her best result. Away from the WSOP, she also finished second to boyfriend Alex Foxen in a $5,000 event at the Deepstack Championship Series in Vegas for $200,000, as well as min-cashing another event.

Dzmitry Urbanovich, who went closest to securing a Team partypoker bracelet with second in Event 50: $1,500 Razz for $77,526, added a further cash in Event #11: $365 Pot Limit Omaha – Giant, finishing 19th for $4,564. Earlier in the series, the Pole also finished eighth in the $10,000 Razz Championship event for $31,992, and now has five cashes at this WSOP and 12 overall. He sits comfortably at the top of the Poland All Time Money List with over $5.4M in live tournament earnings, and with his proficiency at mixed games, winning a bracelet is surely only a matter of time for the Team partypoker star. 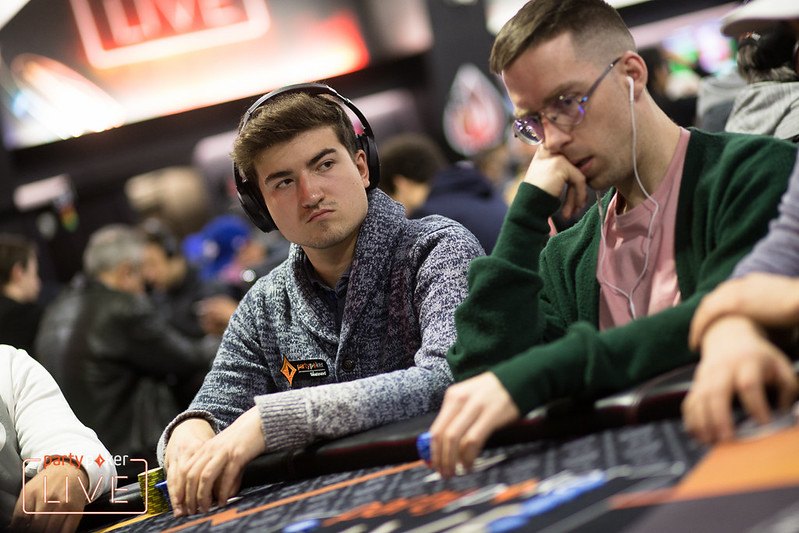 Team partypoker Chairman Mike Sexton hasn’t had the best of World Series, calling his WSOP ‘lousy’ on Twitter after busting the Main Event. He did, however, earn his third cash in Event #11: $365 Pot Limit Omaha – Giant with a 201st place. Earlier in the summer, he got a record-extending min-cash in the $1,500 Dealer’s Choice tournament, which continued his extraordinary feat of cashing at every World Series since 1988.

Joao Simao earned his first cash of the series in the $3,000 Pot Limit Omaha Six-Handed event. The brilliant Brazilian finished 107th for nearly $5,000, adding to a trio of cashes elsewhere in Vegas including a sixth in a $10,500 buy-in PLO event at the Aria for $50,400. 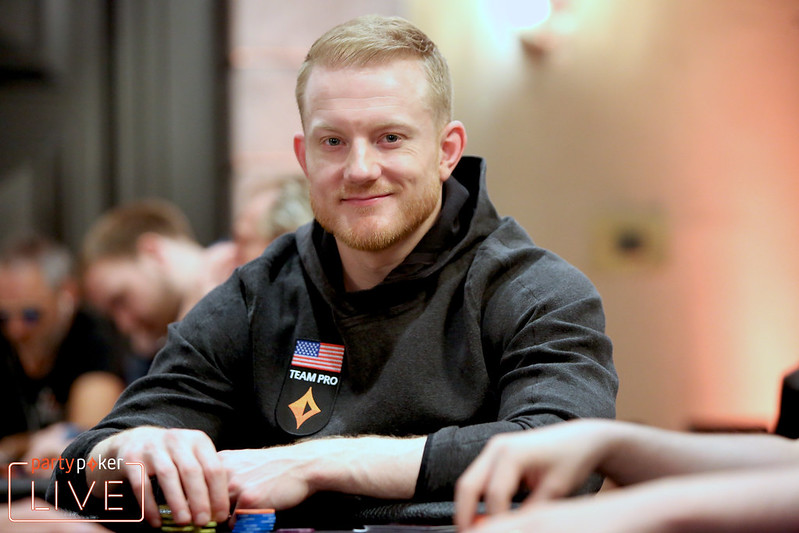 French superstar Bertrand ‘Elky’ Grospellier signed for Team partypoker in April and has two WSOP cashes from earlier in the series, with 65th in Event #54: $3,000 No Limit Hold’em for $6,712 and 11th in the Seven Card Stud event for $5,110 adding to his remarkable total of $13.5M in live tournament earnings.

German wunderkind Fedor Holz, who was recently named in the Forbes 30 under 30 in Germany, is gearing up to play in the $1,000,000 buy-in Big One for One Drop, and is selling 20% of his action on Twitter. Holz hasn’t yet added to his ninth place finish in the $100,000 No Limit Hold’em High Roller event from early in the series, which earned him a sizeable $240,000.

Team partypoker Online's Renato Nomura is also a dab hand at the real felt, and earlier in the series picked up a cash in Event 37: $1,500 No Limit Hold’em, finishing 53rd in the 1,330-strong field to earn $5,462. He also had a few cashes in events elsewhere in Vegas.

Marcel Luske has not yet added to his solitary cash in the series which came in Event 46: $2,500 Mixed Omaha Hi-Lo/Stud Hi-Lo. Luske finished 58th, adding yet another WSOP cash and a further $3,736 to his hugely impressive tournament resume.

Monika Zukowicz of Team partypoker Online still has two cashes at the WSOP. The entertaining Polish Twitch streamer finished 61st from a mammoth field of 6,120 players in the $1,500 Monster Stack event for $15,785, and also cashed in the Ladies Championship. 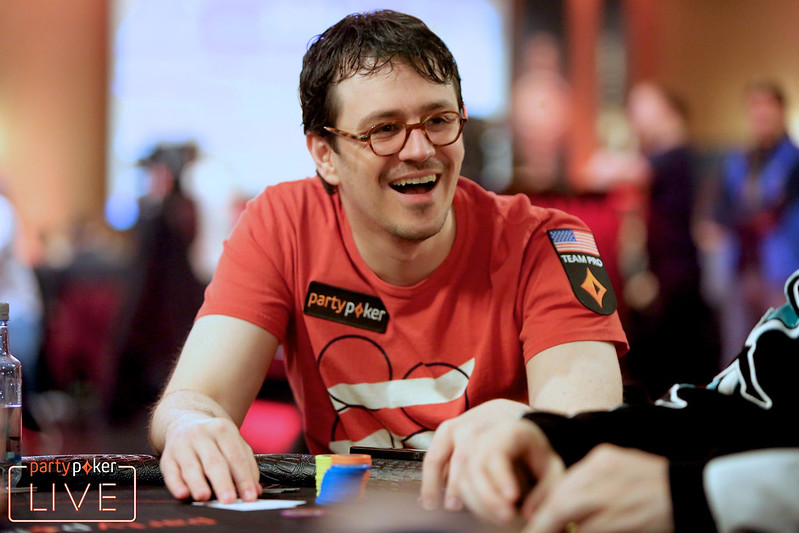 Away from the WSOP, Joni Jouhkimainen took fourth in a DeepStack Championship Poker Series event for just over $220,000.

Romanello and Trickett choose to stay at home

Sam Trickett and Roberto Romanello are two of the UK’s very best, and can normally be found terrorising their tables each and every summer over in Vegas. So, why have they chosen to stay at home this year? We’ll give you a hint- one reason involves the World Cup, and the other involves babies (no, not Neymar). Listen to Trickett and Romanello speak to James Dempsey and Paul Seaton respectively in two brilliantly entertaining partypoker LIVE podcasts. 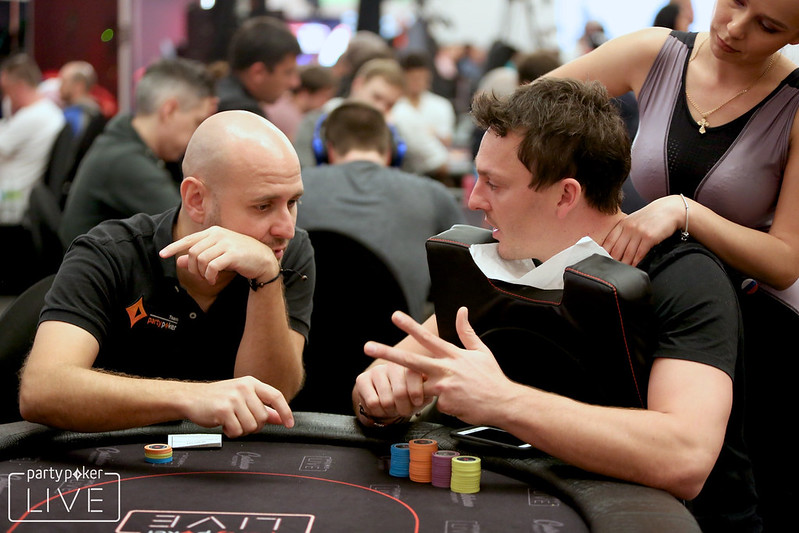 We all know how exciting the World Series of Poker Main Event is, and this year My partypoker LIVE is bringing you the WSOP Diary of Mathijs Jonkers, a Dutch player who came third in the WSOP Europe Main Event in 2017. He has been playing in his very first WSOP Main Event, and every few days has been sharing the highs, the lows, the player parties, the elation and the heartbreak of a poker player living his dream.

Overall, despite not winning a bracelet, the WSOP has been a pretty successful one for Team partypoker. With a second and an eighth contributed by Urbanovich, a fifth and seventh from Koon, a ninth from Holz, and 11th places from Bicknell, Filatov and Elky, the team continues to get close to the holy grail- a WSOP bracelet.

There are still twelve events remaining, including the Big One for One Drop, which will feature at least a couple of Team partypoker’s big hitters, including Jason Koon and Fedor Holz, so there’s still everything to play for. We’ll keep you updated throughout the rest of the series on their progress.