The 49th Annual World Series of Poker is in full swing, with forty-five bracelet events out of the record total of 78 already in the books out in Las Vegas.

It’s been a dramatic first half of the series, with all the excitement we’ve come to expect from the big dance at the Rio All-Suite Hotel and Casino.

The biggest story of the last week was Michael ‘The Grinder’ Mizrachi winning an unprecedented third Poker Player’s Championship for his fourth bracelet overall. The prestigious $50,000 buy-in event saw cashes for Shaun Deeb, Phil Ivey and Brian Rast before a stacked final table including Dan Smith, John Hennigan and Mike Leah. The Grinder took home $1,239,126 for victory. He also won the event in 2012 and 2014.

Other highlights have included Shaun Deeb winning his third bracelet in the $25,000 Pot-Limit Omaha 8-Handed High Roller, and Eric Baldwin defeating Ian Steinman heads-up in a $1,500 No Limit Hold’em event to win his second bracelet nine years after he won his first. 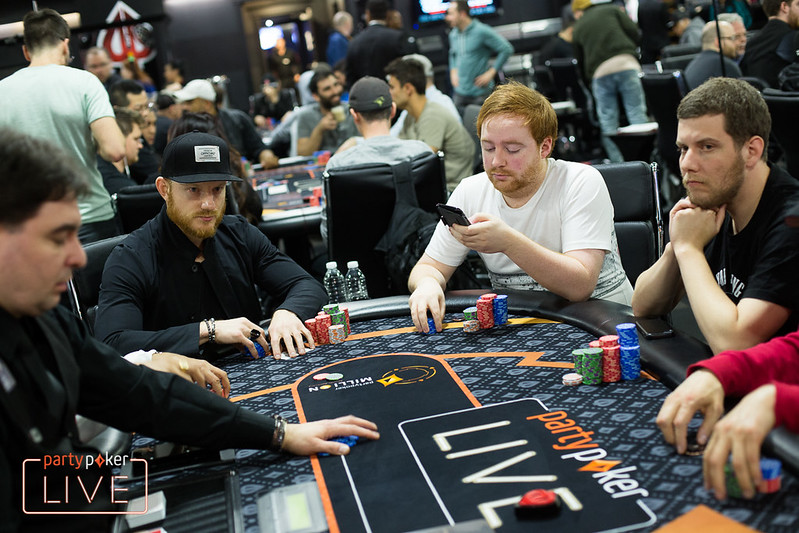 Jason Koon is a man in red-hot form. It should come as no surprise, then, that he was the first member of Team partypoker to go agonizingly close to a bracelet in this year’s WSOP, with a fifth place finish for $295,606 in Event 42: $25,000 Pot Limit Omaha - High Roller. Koon was part of a stacked final table that included David Benyamine, Scotty Nguyen and eventual champion Shaun Deeb.

Koon’s final table at the event is just the latest brilliant result in his sizzling run of form in huge buy-in events (he spoke to our man Paul Seaton about his recent run of success), with a seventh place earlier in the series in Event #5 $100,000 High Roller for $372,894 coming hot on the heels of a victory in the Aria $100K High Roller for over $1M and a stunning win in the Triton Super High Roller Series for $3.6M. Whisper it quietly, but with the Big One for One Drop fast approaching (and not including the frankly ridiculous Justin Bonomo), is there anyone in better form than Koon? 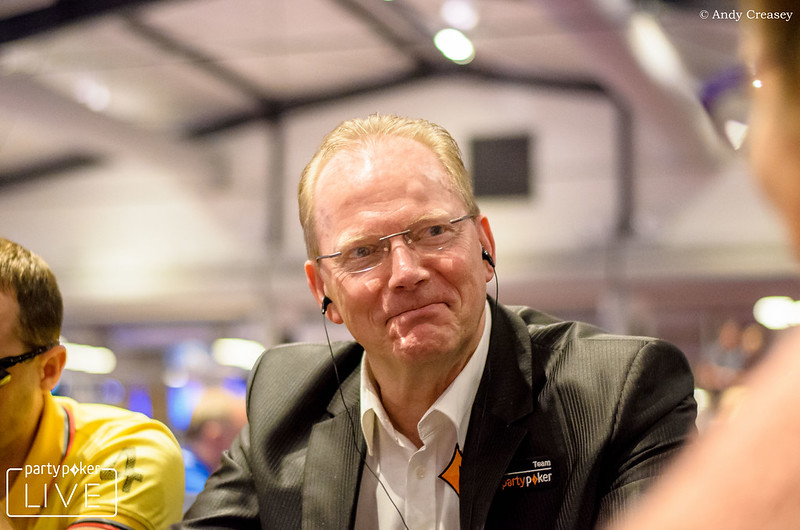 The Flying Dutchman himself Marcel Luske got in on the action at the World Series with his first in-the-money finish of the summer with a 58th place finish in Event 46: $2,500 Mixed Omaha Hi-Lo/Stud Hi-Lo. With just 61 players cashing in the event, Luske managed to negotiate the bubble and just sneak into the money, adding yet another WSOP cash and a further $3,736 to his hugely impressive tournament resume.

It’s been a long and brilliant career for The Flying Dutchman, and he’s nowhere near finished yet. Luske is loving life out in Vegas, regularly keeping his fans updated via his Twitter account with entertaining updates.

Team partypoker Online star Renato Nomura is also a dab hand at the real felt, and picked up his first cash of the series in Event 37: $1,500 No Limit Hold’em. The Brazilian finished 53rd in the 1,330-strong field tournament to earn $5,462, taking his total career earning to just over a quarter of a million dollars. Not bad for a man who plays predominantly online!

Dzmitry Urbanovich of Poland has picked up another cash at the World Series, finishing 27th in Event 46: $2,500 Mixed Omaha Hi-Lo/Stud Hi-Lo for $5,162, adding to his earlier in-the-money finish in the $1,500 Seven Card Stud event. Urbanovich, who sits top of the Poland All Time Money List with over $5M in live tournament earnings, now has nine cashes at the WSOP in total; impressive figures for someone so young. 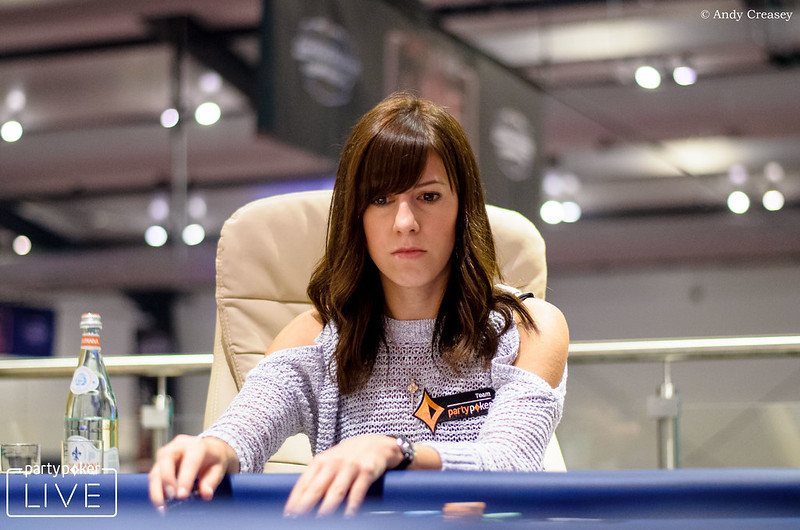 Superstar Kristen Bicknell added yet another cash to her hat-trick of in-the-money finishes in the opening few weeks at the series with an 176th place finish in the $1,000 No Limit Hold'em - 30 Min Levels event for $1,720. The brilliant Canadian has now picked up four cashes at the WSOP so far, with her best finish (24th) coming in Event 20: $5,000 No Limit Hold’em for $14,572. Away from the WSOP, she also finished second to boyfriend Alex Foxen in a $5,000 event at the Deepstack Championship Series in Vegas for $200,000, as well as min-cashing another event.

Argentinian star Richard Dubini might not be happy with how the World Cup’s going for his nation, but he did manage his first cash of the WSOP in Event #34: $1,000 Double Stack No-Limit Hold'em, fighting his way through a bumper field of 5,700 and eventually exiting in 157th for $4,215. 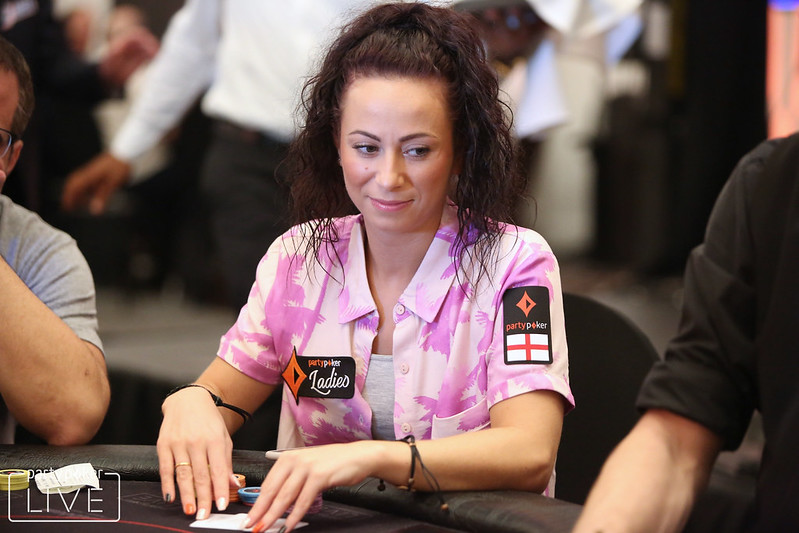 Bertrand ‘Elky’ Grospellier signed for Team partypoker back in April, bringing yet more stardust to the fantastic Team partypoker stable. The French poker phenom remains on just the one cash at the WSOP so far, and hasn’t yet added to his solid cash in the $1,500 Seven Card Stud, where he finished 11th for $5,110.

Natalia Breviglieri still has just the one WSOP cash, after she also made the money in the Colossus event in the first tournament she played at the series. She’s found more success in the DeepStack Poker Championship Series, however, with two cashes in No Limit Hold’em event, including a ninth place finish in a side event for a couple of thousand dollars.

German wunderkind Fedor Holz, who was recently named in the Forbes 30 under 30 in Germany, hasn’t yet added to his ninth place finish in the $100,000 No Limit Hold’em High Roller event from early in the series, which earned him a sizeable $240,000. 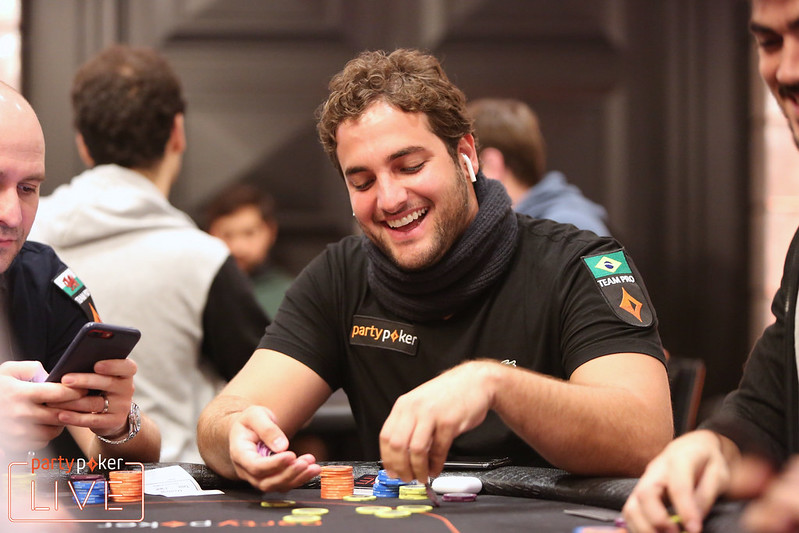 Joao Simao has had no cashes at the WSOP just yet, though has picked up a trio of cashes elsewhere in Vegas. They include a sixth in a $10,500 buy-in PLO event at the Aria for $50,400.

Likewise, Isaac Haxton hasn’t cashed at the WSOP but did enjoy a third-place finish at the Aria 8 Game-01 in Vegas for $120,000.

We all know how exciting the World Series of Poker Main Event is, and this year My partypoker LIVE will bring you the WSOP Diary of Mathijs Jonkers, a Dutch player who came third in the WSOP Europe Main Event in 2017. He will be playing in his very first WSOP Main Event, and every few days he’ll be sharing the highs, the lows, the player parties, the elation and the heartbreak of a poker player living his dream. Should be good!

Meanwhile, Team partypoker Chairman Mike Sexton has added yet another WSOP cash to his record-extending min-cash in the $1,500 Dealer’s Choice tournament, which continued his extraordinary feat of cashing at every World Series since 1988. The legendary American Poker Hall of Fame member finished 48th in Event 37: $1,500 No Limit Hold’em for $5,462. 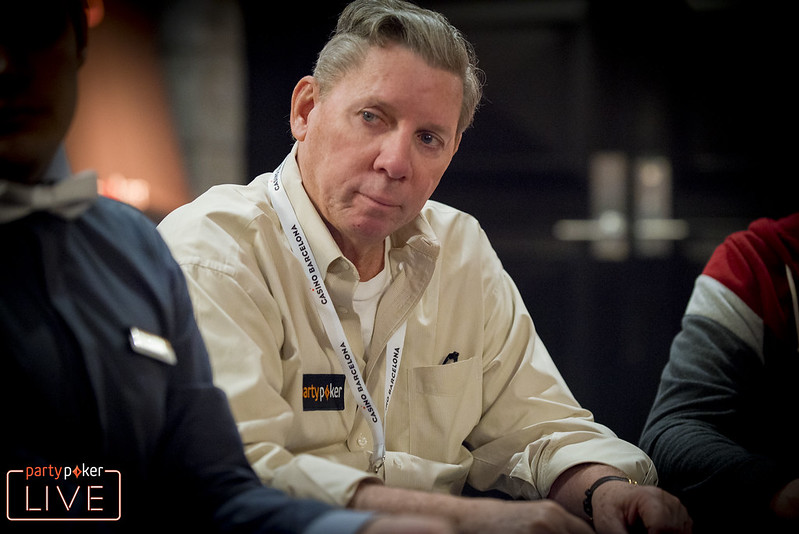 Overall, it’s been a positive start for Team partypoker at the 2018 WSOP. Jason Koon’s fifth place finish is the closest Team partypoker have come to winning a bracelet, with Koon’s seventh the second closest in what’s been a great series for the American. The rest of the team will be encouraged by the cashes they’ve managed to rack up in the first half of the series, particularly the four secured by Kristen Bicknell and the three by Anatoly Filatov. There are still over thirty events to go, so there’s plenty of time for Team partypoker to bring home that bracelet bacon. We’ll keep you updated throughout the series on their progress. 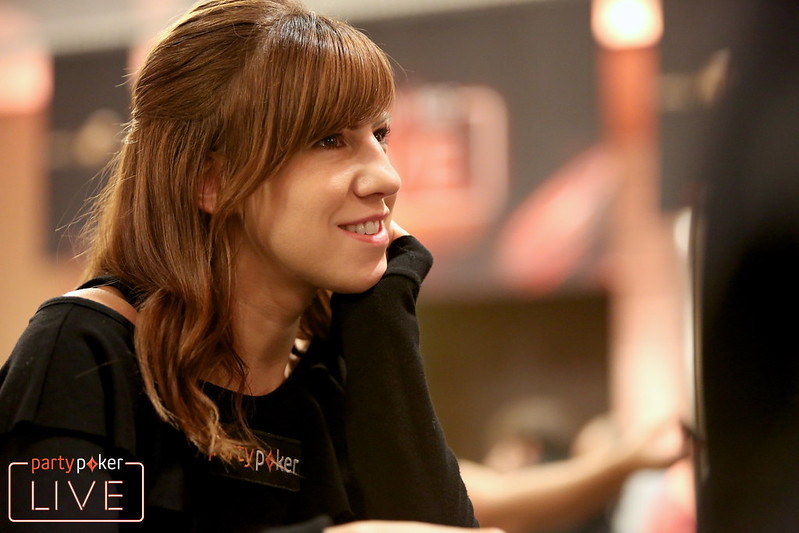