Satellite Your Way to Glory During Powerfest VIII

It’s back again! The generous top dogs at partypoker have brought us another Powerfest, this time guaranteeing an astonishing $40,000,000 in prize pools over 366 events. As always, the buy-ins range from the micro stakes to the high rollers, offering something for everyone. You can buy in from as little as $1.10 to get in on the action, but if you fancy your chances at some of the bigger events, there’s no place better to be!

We’ve got your back at partypokerLIVE, so pay attention as we take you through some essential tips to get through the plethora of satellites available, to turn pennies into thousands!

Finding the satellites couldn’t be any easier, just log into your partypoker account and go to the ‘Tournaments’ section. Amend the filters to display ‘Satellites’ and all the available satellites will pop up. We won’t bore you with all the details of how to choose your satellites, as that’s the easy part. The hard part is securing the win and getting your shot at a bigger buy-in. 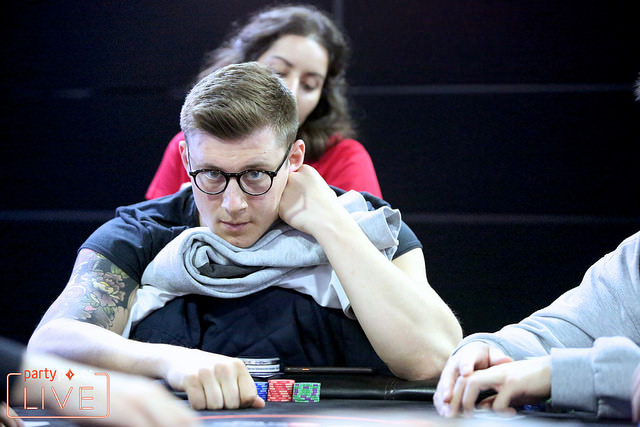 So, let’s break it down into three stages of play. There’s the early-game, the mid-game and the late-game. The opening stages of the satellites are straightforward, you need to build a stack so that you have plenty of manoeuvrability when it comes down to business later. You’ll often start with at least 100BB and it’s very important to make sure your stack is on the incline from the get-go. Adopt a tight-aggressive style of play and try to stay out the way of flips for huge pots – whilst you are trying to build a big stack, getting in deep-stacked pre-flop raising wars with hands like AK and QQ for example aren’t going to net you the best results early on. Losing a huge percentage of your chips will make life harder down the line. Really just employ the ‘get pocket aces’ strategy at this point and everything will be fine.

Try to keep your pots as small as possible to minimise losses, opt for smaller pre-flop raising sizes such as 2-2.2x the big blind, there’ll be plenty of chance down the streets to extract big value!

Be sure to keep your eye on your opponent’s tendencies, it always helps to have a HUD especially when multi-tabling, but if you’re old-school and prefer playing without one, just pay attention to your tables. Nitty players are the worst players to get involved with without strong hands pre-flop, as they’ll often have you dominated and will play their hands aggressively. This means you’ll have less chance to out-draw them as they’re likely to charge you heftily down the streets so those pretty hands like small suited connectors lose a lot of value (unless you’re in the big blind!).

Congratulations, you’ve survived the first wave and typically half of the field will have been eliminated by this point. This is arguably the most important stage of the satellite. This is where you set yourself up in good stead to win the seat, without having to rely on winning all-ins as a short stack late on to survive.

The first stage was all about chip accumulation, this stage is more about chip preservation. You’re in the business of saving money, so pay attention to table circumstances before acting. Consider yourself a big stack at this point if you have around 30 big blinds or more. Don’t go risking your chips with loose pre-flop raises, the age-old tight is right saying really is right! It’s not your job to knock out other players, look after numero uno and protect yourself before you wreck yourself. It’s perfectly fine to steal the blinds whenever possible but keep your range on the tighter side to avoid bleeding chips.

If the early stages haven’t gone as smoothly as planned and you have a medium stack (>30BB), no need to panic as while you’re in need of a little help, this is arguably the easiest stack to play. When raising first into the pot, only play hands that you’d be willing to go all-in with. Often, you’ll find players putting pressure on you, so keep a tight opening range to avoid having to fold and waste chips. When in late position, however, you can be a little looser as you need to steal to stay alive, and blinding out is a nightmare. Pick your spots wisely, this is where all that attention you’ve been paying to your table comes in handy. Nitty folks in the blinds? Send the boys round and take everything they have! On the flip side, if you’ve got Aggro Santos in the big blind, make sure you’re packing a fiery arsenal before you charge the fort.

You’ve set the table and now all you need to do is finish your dinner. During the late stages of the satellite,strategy-wise you want to employ the same principles as mentioned in the mid-stage section above. Keep your eye on the lobby to see how far off the seat you are to help you pick your spots. If you’re 15 players off the seat, check the short stacks before you act. If 10 players are super short stacked, you’ll want to be extra tight with your hands depending on your own stack size as busting before they do would be disastrous. Surely, you’ve heard people going on about folding AA pre-flop, which normally would sound ludicrous but trust us, it’s a thing. Any risk no matter how small is still a risk. If you already have a seat locked – you’ve a comfortable chip stack with few players left to bust – there’s really no need to risk any of your chips. Players are still going to be busting and again, it isn’t your job to do it! 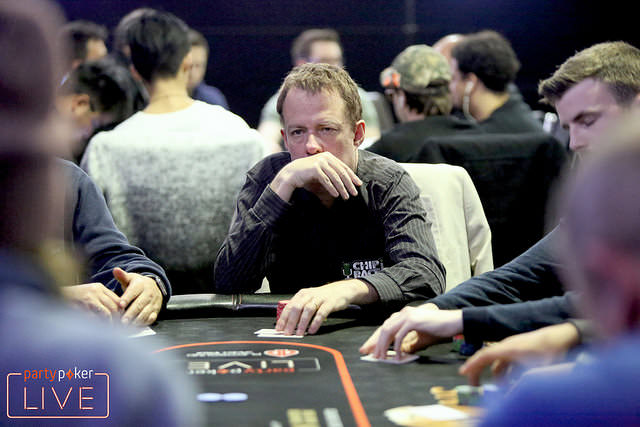 In conclusion, excelling in satellite tournaments comes with practice and experience. Play enough of them and you’ll quickly learn the ins and outs and start cruising your way into big tournaments for miniature buy-ins!

Jump onto partypoker now and take advantage of all the satellites starting at just $1.10 during the $40,000,000 guaranteed Powerfest!