Poker Who's Who Assembles for the MILLIONS Grand Final in Barcelona

The captivating Catalan city of Barcelona is the final stop on Season 1 of the partypoker LIVE Tour. Players are guaranteed an astonishing €23,000,000 in guarantees across nine tournaments which John Duthie has already proposed "will be the highlight of the poker calendar in 2018". Maybe you've already read all the details right here and are looking forward to heading to Spain. But which players are heading to the beach in Barcelona and why have they decided to travel to one of the most eagerly anticipated poker festivals in recent memory? 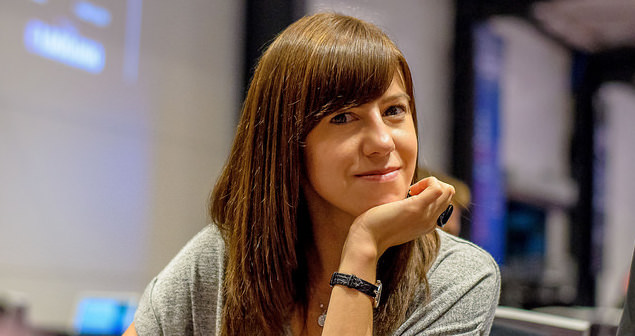 The current Global Poker Index Female Player of the Year and partypoker sponsored pro is beyond excited to be heading to the Catalan city of culture. Famed for her friendly nature away from the felt but ice-cool demeanour at it, Bicknell will be looking to add yet more gold to a trophy cabinet that could do with an extension.

"Excitement will be high with a huge Main Event and High Rollers, combined with being in such a unique city!"

The former WSOP Main Event winner is a passionate advocate of poker players getting the very best tournaments to play in. Put simply, Riess doesn't need to play a tournament ever again to remain a legend for years to come. He can't wait to appear on the partypoker LIVE Tour in the Grand Final.

"I'm really excited for the upcoming partypoker stop! Barcelona is one of my favorite cities in the world and partypoker does an amazing job running their tournament series. Counting down the days!"

If there was a poker players' favorite poker player, it might just be the man known as 'Firaldo'. Niall Farrell is a great barometer for the happiness of players at any poker stop and he's making his next destination the MILLIONS Grand Final in Barcelona.

The most successful tournament player in British poker history never rests on his laurels and the man with more titles to his name than many members of the Royal Family is hungry to add a 'Nou' trophy to his cabinet in the home of F.C. Barcelona.

"I love that we have now added Barcelona to the partypoker LIVE MILLIONS Tour; it's always been one of my favorite places to play. Another great move by partypoker!"

The jovial Brazilian has lasted so long in the game because he appreciates the hard work that needs to be put in. The great friend of former Barcelona forward Neymar always recognises the value in a festival guaranteeing

I love the variety of events that are offered with a wide range of buy-ins for every taste and big guaranteed prize pools. But wait?! In Barcelona!? One of my favorite cities in the entire globe. It's just too good to be true, can't miss it. You guys should come play too and support the event – our community say thanks for the amazing series being put together by partypoker

One of the feared poker players in the world at the felt and one of the most respected away from the table is Jason Koon. He'll be in Barcelona looking for another high-profile victory.

"The stop I'm most excited for in 2018 is Barcelona. It's one of my favorite cities in the world. I love how the streets are alive at night, and the food is unforgettable! On top of all of that, we get to play gigantic poker tournaments almost every day, in a really cool venue right on the water!"

"I'm looking forward to MILLIONS Barcelona for so many reasons. The tournament schedule is by far the most ambitious partypoker event yet. Barcelona is one of my favorite cities in the world, for poker and otherwise. The Arts and Casino Barcelona provide an excellent venue. I'm sure it's going to be a great week." 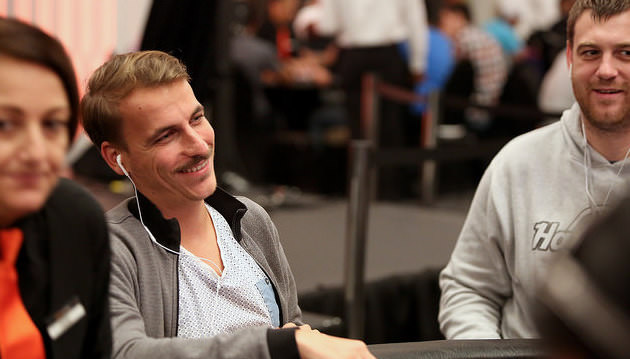 The German Super High Roller crusher cannot wait to touch down in Barcelona. Gruissem, known as 'philbort' to his many fans, is delighted to be part of Team partypoker and is excited about what's to come in the final partypoker LIVE tour stop of a fantastic first season.

"Barcelona is going to be massive...one of my favorite stops got a bit more juicy!"

The Jackpot king of the high rollers love a spin at the biggest prizes available in poker. He is, of course, heading to Barcelona.
"I think the exciting aspect about Barcelona in April will be the number of high value buy-ins plus I'm expecting some big cash games too!"

One of the most successful players in modern poker history, Justin Bonomo has cashed for $20 million in tournament poker alone and his biggest score is a whopping $2 million. Not only that, but Bonomo has won both of the last two tournaments he cashed in, with entries of $10,000 and $25,000 respectively. Watch out for him in the High Rollers, then!

"I'm really excited to be playing the partypoker series in Barcelona. It's a great schedule full of high rollers taking place in a fantastic city, but more than that, I'm excited to see some competition in the high stakes tournament market. partypoker has really stepped up their game and provided a great product."

The Brazilian is one of the most in-form poker players on the planet with six cashes in under three weeks for a total of over $900,000. Team partypoker is lucky to have him, but the partypoker ambassador will be desperate to add to his haul this year when he touches down in Barcelona.

"Barcelona is an amazing city that's still a great trip if you lose. Imagine how good it is when you win?"

On the brink of joining the top ten Canadian players of all-time, experienced poker pro Dvoress has cashed for over a million dollars in the last six months. He's hoping to carry that great form through to Barcelona.

"I'm excited about lots of high-stakes tournaments being paired with a huge Main Event."

Famed for his High Roller success, German player Schillhabel will be one to watch the higher the buy-in in Barcelona. Nine of his last ten results have come in high roller or super high roller tournaments, so it's no surprise what he's looking forward to in the capital of Catalonia.

"I'm looking forward to all the super high roller action and a lot of sangrias at the beach!"

Players' Counsel member and Team partypoker go-to-guy for everything the players want to bring to their tour is Patrick Leonard or 'Pleno' as he is known to friends and frenemies at the felt. Leonard has helped in many ways to make the MILLIONS Grand Final so anticipated and can't wait to land in the Spanish city that is steeped in poker folklore.

"Players have been asking for an event at this time of year in Barcelona for five years. I don't think even in their wildest imaginations they thought it would be this big!"

Currently rated the second-best player in the world behind Arian Mateos via the Global Poker Index, Chidwick is highly-esteemed in the poker world and looks forward to coming back to Barcelona once again.

"Barcelona has always been one of my favorite destinations and the partypoker Million schedule is very exciting with lots of high buy-in tournaments and big guarantees. I'm looking forward to it."

One of the hugely successful Greenwood brothers, Sam won the 2017 Caribbean Poker Party Main Event for a million dollars. He can't wait to try and be the first player to win a second MILLIONS Main Event!

"Barcelona is one of my favourite cities to visit and to play poker in. I'm excited to play a partypoker event there and hope to continue my success in partypoker live Main Events and high rollers."

What Lodden Thinks is always important to players of all levels, but never more so than when the highly-respected professional and Team partypoker member talks about one of his favorite poker stops.

"Huge guarantees in such a great location make this the highlight of the partypoker LIVE Tour!"

To say Timothy Adams has become a recent poker phenomenon is no overstatement. The popular Canadian won $375,000 at MILLIONS Germany and has a dollar less than $8.5m in lifetime winnings. His biggest win is for $995,635, so he'll be delighted to know that the top three players in the MILLIONS Grand Final Barcelona Main Event will cash for at least a million!

"As soon as I heard about partypoker hosting event in Barcelona I knew I would be attending. partypoker is now hosting some amazing events and Barcelona is one of the best cities in the world so attending is a no-brainer."

Another huge name in poker is the American pro Bryn Kenney. Having cashed for $21,000,000 in his career, he'll be doing everything he can to add to that haul in Barcelona.

"I really like how Barcelona is giving people everything they ask for, a big main event and big high rollers four days in a row with good guarantees. Very excited to come play!"

A poker legend for decades, the tuneful Netherlands pro is one of partypoker's most high-profile names. After years of touring the world playing the game he loves and winning millions of dollars, Luske can't wait to tackle the field in the perennial poker paradise of Barcelona.

The gregarious German cashed three times for over $125,000 at the 2017 Caribbean Poker Party and always travels to events he rates for what he can do away from the tables too.

"It's not the results but the people, the city and the experiences that make a trip either a good or a bad one. Next Stop: Barcelona! Can't wait for it." 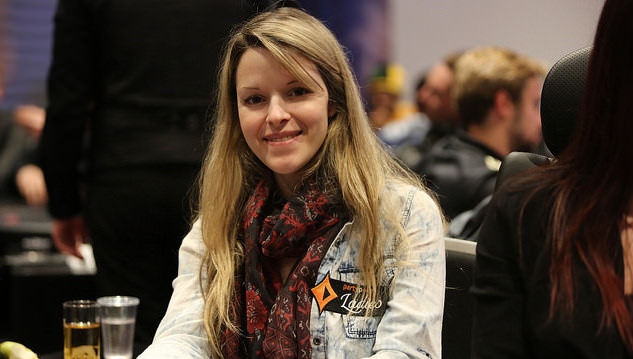 "I really enjoy going to Barcelona, I think it is a wonderful city: the people, the beaches, the restaurants, the nightclubs... it is special for the whole family. We have a lot of fun there! Usually, many players travel to Barcelona in order to play poker, it is a perfect place. The MILLIONS Grand Final will be great, I am looking forward to playing this event! A €10 million guaranteed prizepool for the Main Event, it will be amazing! Some years ago, I had never imagined winning a Main Event, but then, I won two. So… why not a third one?"

Fancy trying to stop Maria's march to another MILLIONS Main Event title by qualifying via the many satellite tournaments on partypoker online? Turn almost no investment at all into life-changing money by singing up today and going all the way to beautiful Barcelona.