Niklas Ehrenholz was crowned the partypoker LIVE Grand Prix Million Germany champion late on Monday night, earning the German €185,000 in what is by far the biggest cash of his poker career. His previous best was for €2,600, showing that the Grand Prix tour really can change lives. He emerged as the last man standing from the gargantuan 2,242-strong field, which had ensured that the giant €1M guarantee was blown to smithereens in typical Grand Prix fashion.

The Grand Prix took place at the majestic King's Casino, which is nestled in the beautiful town of Rozvadov on the Czech Republic-Germany border within the atmospheric Bohemian Forest. The casino is frequently expanding, and has earned the nickname RozVegas for the amazing action it generates.

As is customary on the brilliant partypoker LIVE Grand Prix tour – which you can read the fascinating history of here – there were plenty of Day 1s in Rozvadov, giving the field multiple opportunities to make it to Day 2. Day 1A was on Sunday 24th, before 1B on Thursday, 1C and 1D on Friday, 1E and 1F on Saturday, and a last chance turbo Day 1G on Sunday morning before Day 2 kicked off at 14:30. 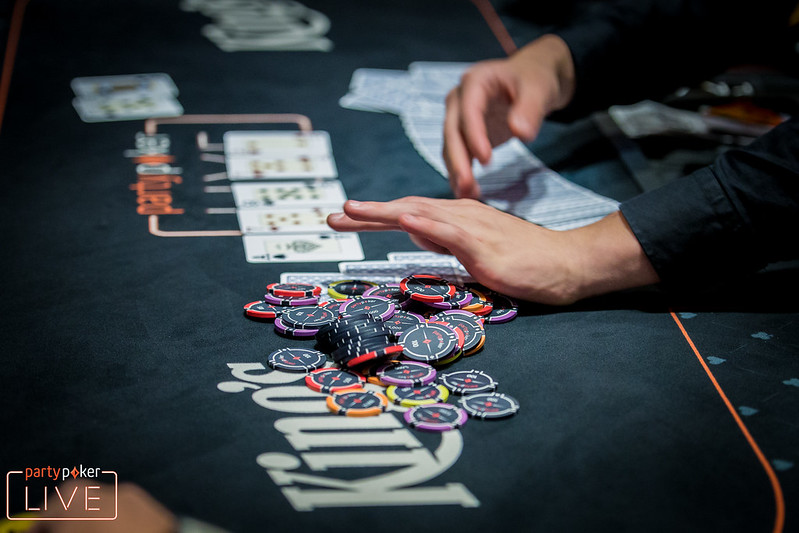 When all was said and done, an incredible total of 2,242 entries were received, with just 335 of those making it through to Day 2. They couldn’t relax yet, however, as only 231 places would be paid, making the early stages of Day 2 a nervy affair for many of the field. Not so for German player Marius Kaiser, however, who burst the bubble himself before bulldozing through the Day 2 field to finish as the big chipleader with nearly 22 million in chips, comfortably ahead of Siarhei Narozhny of Belarus in second, who bagged up 18,850,000. 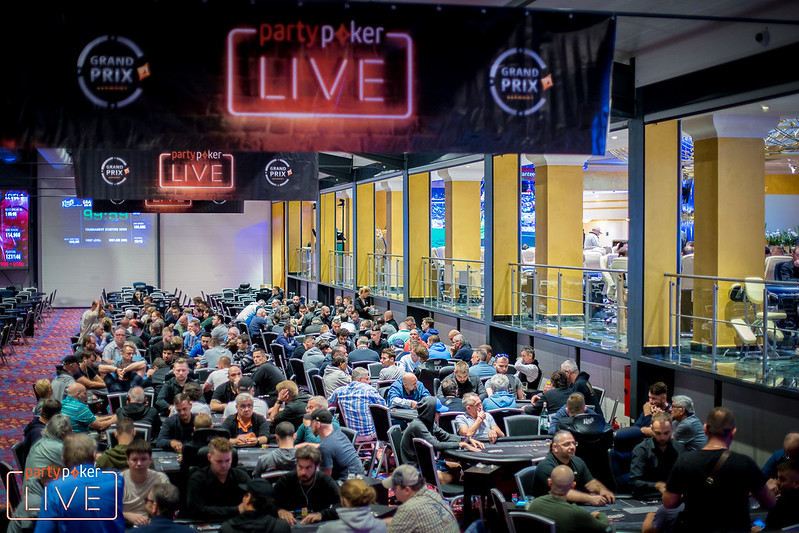 After an exciting start to the day, Kaiser, Ehenrolz and Blasko all made the final table, along with Robert Obrtlik, Xiaozhe Liu, Siarhei Narozhny, Mannuel Garrido and a German player known only as ‘Billey’. The key hand at the final table arrived in a crucial confrontation between Ehenrolz, Garrido and Blasko. Ehenrolz raised, Blasko called and Garrido shoved over the top with ace-nine from the big blind. Ehenrolz felt he could isolate against the weak range of the Spaniard Garrido, and re-raised all-in over the top with queen-ten.

to eliminate both the unlucky Garrido and Blasko in seventh and sixth respectively and give Ehenrolz a huge chip lead. From there, he never looked like losing, and when start of day chip-leader Kaiser exited in third for €90,000, just the Slovakian player Robert Obrtlik stood between him and his first major title. The two of them made a deal, leaving €10,000 plus the trophy to play for. After that it didn’t take Ehenrolz long to take the last of Obrltik’s chips, and he was soon lifting the partypoker LIVE Grand Prix Million Germany trophy proudly over his head.

The next Grand Prix Germany event will again be held at the King's Casino in Rozvadov between August 9th-13th. It boasts a cracking €500,000 guarantee, so make sure you're there!