Everyone loves a home game. Whether it’s a cash game or tournament, for high stakes or pennies, home games can forge lifelong friendships- or generate deep-held grudges. They’re how a lot of us got our start in the game we all love.

But if you were putting together your dream home game, who would you invite? What food would you provide? And, most importantly, who would come out on top? We asked Team partypoker Sponsored Pro Natalia Breviglieri to find out what- and who- would make up her dream home game.

I think it would be a cash game, just because they tend to last longer and everybody’s involved for a longer period of time. In Sit & Go’s if you’re the first one out you can be sat there twiddling your thumbs and wishing you were still in.

What food and drink would you be serving?

The food would probably be some kind of tapas. I love food, so I wouldn’t want it to be very rigid and be like ‘That’s what you’re having!’, I wouldn’t want to say we’re having pizza and everyone be stuck with pizza, for example. I like little bits of everything so I’d go with tapas. I think it would be really good, there’s something for everybody there! Alcohol-wise there has to be a selection, I’m a big rum drinker, and I know a lot of my friends are big gin drinkers at the moment. There’s so many flavours of gin, so I’d definitely have a big selection! 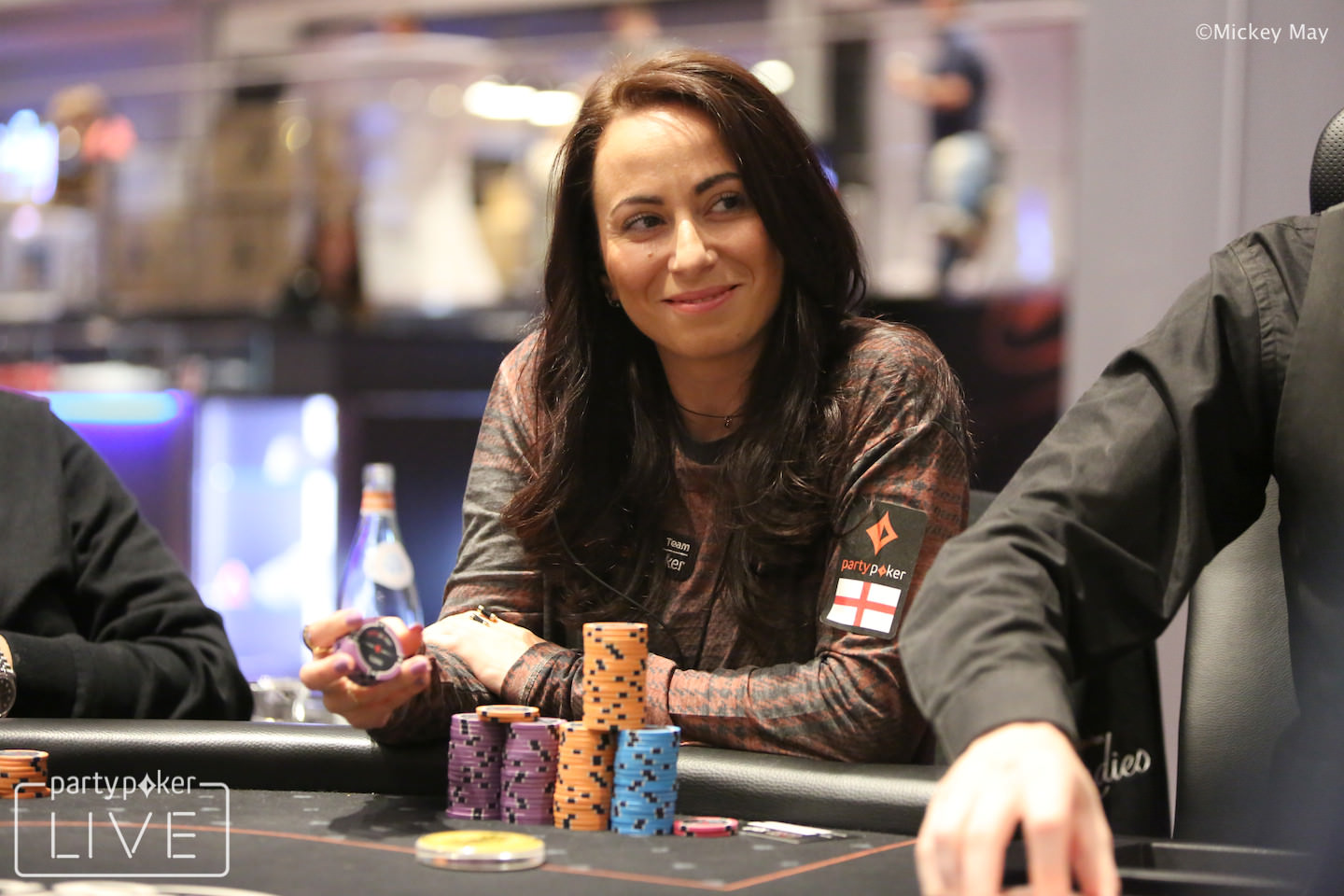 What music would you have on, or would you just let the players talk?

I’d definitely just let the players talk, I think there would be some very interesting characters around the table, there’d be lots of questions and discussions! However, there always needs to be some kind of background music. I really like older music, I’m a big Motown fan, so there’d definitely be Motown playing in the background. Maybe the type of music you get at weddings when you’re younger- or when I was younger, anyway! So eighties music, feelgood music, that everybody knows, could all sing to- though maybe not that you could sing to too much- Krissy sings a lot! We need to make sure that she’s not singing all the time.

Now for what really matters, the people who you would invite. Who would be at your dream home game?

First, somebody I would love to have in a home game would be Louise Brunson, who was Doyle Brunson’s wife. It would be finding out about the woman behind the man, as much as I think he would have some incredible stories from his past in poker, she would have even better ones! Learning about the life behind him I guess, and what it was like being the wife of a poker player years ago, and how different it was from today, and just her worries, it was a time before mobile phones so I guess she would just go days without hearing from him. There were guns and things around then, so I think it would be pretty cool to have her around in a home game. I’ve never met her, but I think it would be really cool!

The next person I’d invite would be Jennifer Tilly. I watch a lot of poker, and she’s somebody that I’ve watched play poker for a long long time, and she’s such a character. She always looks like she’s having so much fun at the table, she’s always smiling, she’s always up for a laugh, she’s always drinking, and she’s very entertaining. I think she’d be really good person to have too. 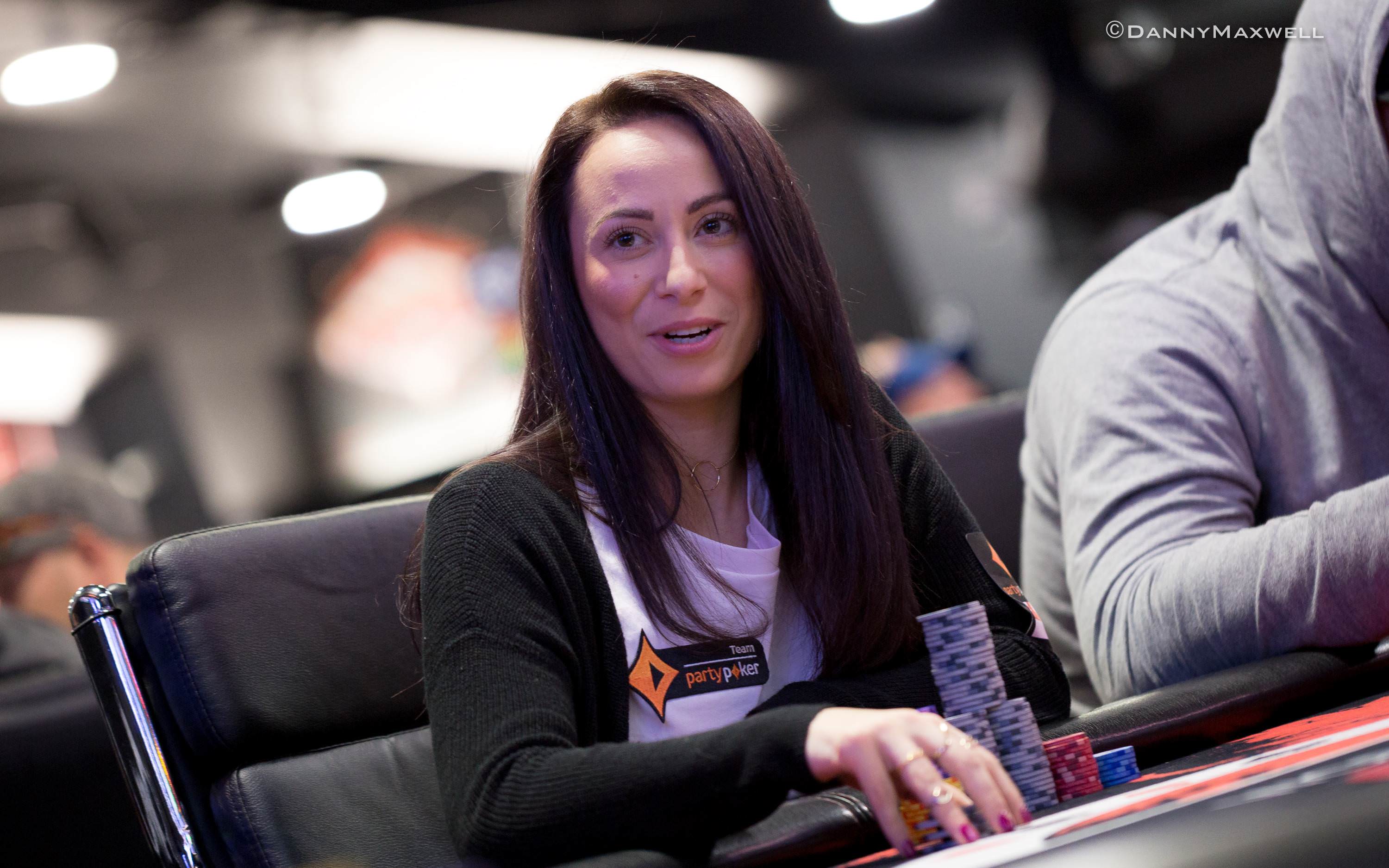 The next player would be Dave ‘Devilfish’ Ulliott. When I first started watching poker he was somebody that I used to watch a lot on Premier League Poker, Poker After Dark, and although I was lucky enough to meet him a couple of times, I never actually managed to get the opportunity to play poker with him. Again, he was such a character, I just think he’d be a great person to have at the table.

I would also invite Sammy Farha. He’s a legend, you’ve got to have an old-school legend in there, he’s someone that’s not afraid to give action. You always need somebody in the game that’s fun for the game and that will give a lot of action. I think I’d definitely like him in there.

Somebody that is very personal to me, I would actually choose to have my Nanna. She died quite a few years ago now. She first introduced me to cards, although not poker specifically. From a very young age me and her would play rummy or various other card games. She was very competitive and I know that she would just absolutely love poker, and I would love to have been able to have involved her, and for her to see what I’m doing with my life now. So I would definitely love to have her there. 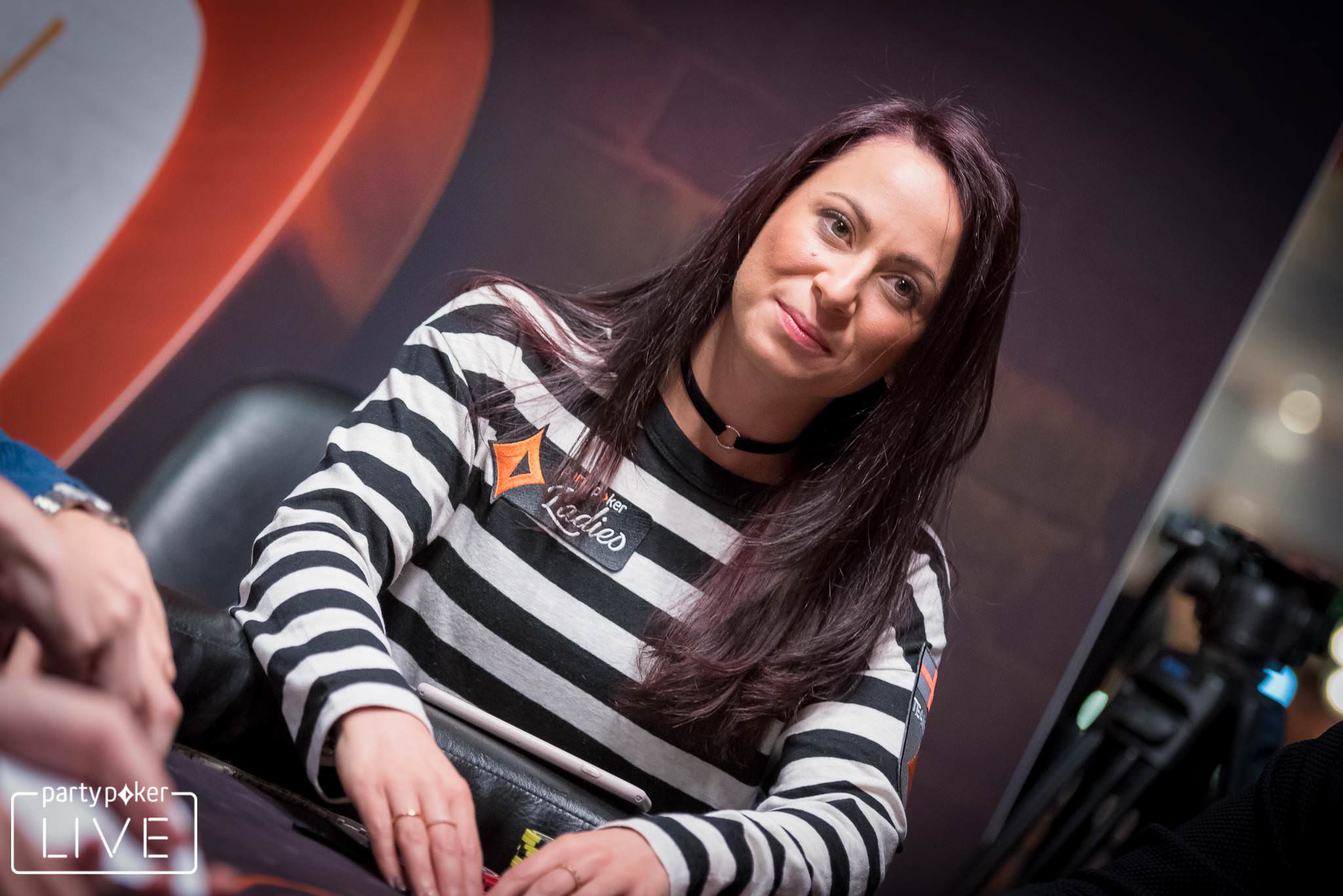 Just to round the table off I’d have three of my best friends, people that I travel with in poker. I always get a house with them every summer in Vegas. So they’d definitely have to be there. So that would be Kenny Hallaert, Steven van Zadelhoff and Kristen Bicknell.

Out of the three of them I’ve known Kenny Hallaert the longest, I met Kenny five or six years ago at a casino in Namur where I used to go with some friends to play cash games and smaller buy-in tournaments. He was the tournament director, and it was the one place where every year I continued to go to. Me and Kenny became great friends and we’d meet up at various other stops and eventually started travelling together quite a bit. He’s been a big influence on me in poker as well, he’s so knowledgeable and he’s always somebody that, no matter what, I can always just ping him a message, a hand history or anything. He’s just really great, he’ll help anybody, he’s just such a nice guy. So yeah, we are pretty close.

I met Steven van Zadelhoff through Kenny, the two of them are very close, they were best friends for a long time I think. When Kenny made the November Nine Steven was one of the first people to run up and congratulate him. There’s a famous picture of Steven picking Kenny up, which is quite funny. We’ve stayed in quite a few houses together now. Steven is a very mind-positive person, he’s great for making you feel good if you’re feeling down, he knows exactly what to say. He’s a big motivational person, and a great person to be around. He just makes you feel good about yourself. He’s got a way with words and a way of putting things into perspective, and again he’s just a great poker mind. He’s had some incredible scores over the last year. I think it’s good to surround yourself with people who are very knowledgeable in the game- I’ve been very very lucky! 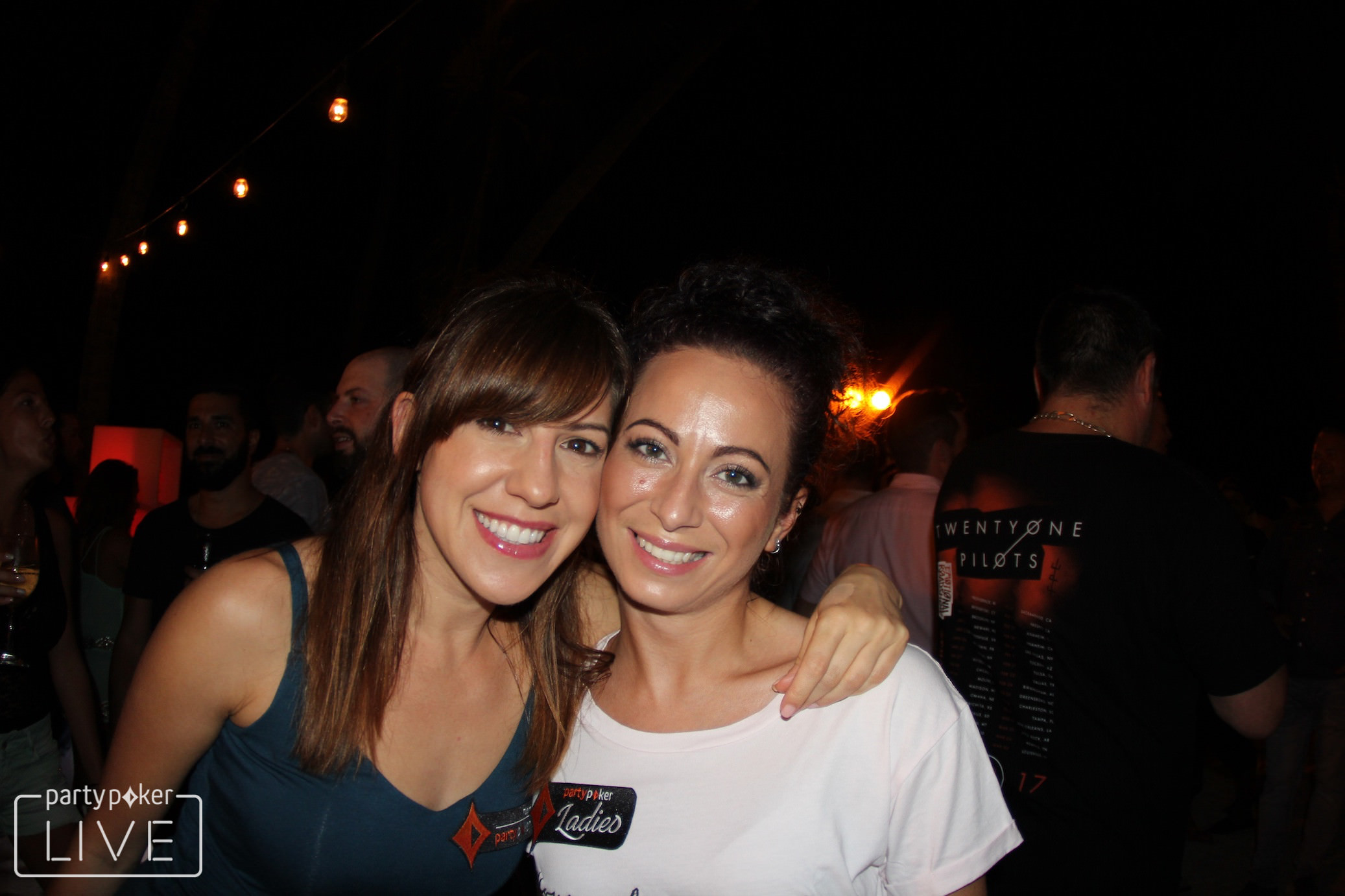 Obviously last but not least- Kristen Bicknell. I met Kristen- there’s a funny story actually- just after I’d signed with partypoker I did a bio, and in my bio one of the questions they asked me was which female inspires me in poker. I’d not met Kristen at the time, and I actually said it was her. I talked about her and how she’s quite a low-key player but how incredible I think she is and how she’s good for women in poker. Two months later and I meet her for the first time and we’ve been pretty inseparable since. I think sometimes in life you meet somebody and it kind of just clicks, and me and her…we click!

I mean results speak for themselves, she is an insanely good poker player, not just because she’s female but just all around, she’s one of the best in the world right now. On a personal level she’s just a great person to be around. She is very logical and she…I don’t want to sound too much like I’m kissing her arse! But she’s just a great friend and we speak most days. We’ve not actually seen each other now since Punta Cana but we’re heading to Barcelona early together, we’ve got an Airbnb for a few days together just to have some us time. The most we ever go without talking is like, two days max! We're really good friends.

Who would be the biggest winner in the game?

If I was to be really cheesy I would say me because no matter what happened in the game I would feel like I was winning! Just to be surrounded by these people, and to be honest when I first thought about this question- who would be in My Dream Home Game- I really feel like every home game I have right now feels like a bit of a dream, because I’m surrounded by people I never though I’d be surrounded by. If we’re talking about money, I honestly think my Nanna would win the game, just because of her mentality, nobody would know how to play against her and I think she’d just be so determined. So I think it would be her!

And finally, who would end up stuck the most?

I don’t want to be mean! I think it would be Sammy Farha, just because we all know he likes to give a lot of action, and there’s going to be some serious sharks on that table, they’re going to be able to outplay him and if luck is not on his side then he’s going to be in trouble!

So there you have it. Natalia Breviglieri’s Dream Home Game would involve Louise Brunson, Jennifer Tilly, Dave ‘Devilfish’ Ulliott, Sammy Farha, Natalia’s Nanna, Kenny Hallaert, Steven van Zadelhoff and Kristen Bicknell all joining Natalia for some tapas in what certainly sounds like a memorable evening!