With MILLIONS UK just around the corner, we take a step back through the mists of time and rewind to the 2017 edition of MILLIONS UK, revisiting the day that Vojtech Ruzicka won the thrilling High Roller event.

2016 November Niner Vojtech Ruzicka emerged victorious after an intense heads-up battle with Bartlomiej "Bartek" Machon at the third and final day of the 2017 partypokerLIVE MILLIONS UK £10,300 High Roller at Dusk Till Dawn in Nottingham.

“It feels great! After the November Nine, I played a lot of High Rollers and Super High Rollers and basically didn’t cash in anything. I cashed one small tournament in Rozvadov, but this feels really good. I can’t complain after reaching my first ever November Nine. I could live with it. But that feeling when everything goes well and you’re winning hands, every time you need to you hit your set, it’s a great feeling," Ruzicka said in an interview after the win.

"That feeling when everything goes well and you're winning hands, every time you need to hit your set you do, it's a great feeling."

There was an extra day added to the schedule for the playing out of the tournament. Four players out of an 110-entry strong field returned to the tables of the impressive cardroom in the heart of the UK. with play stopping at 4 a.m.

“There were a lot of discussions and actually I wasn’t a fan of playing it down to a winner [last night]," he said. "It would have been insane; we’d already played 15 hours. I think it was a good decision to stop it and today the heads-up felt like it took hours. One should always be prepared for that but I didn’t expect it at all to be honest. It wasn’t that deep and we finished at 150,000/300,000 which was 37 big blinds average. It’s not that usual.”

Back at the World Series final table, many players got elite coaching and Ruzicka was no different. That preparation set the stage for the high roller. 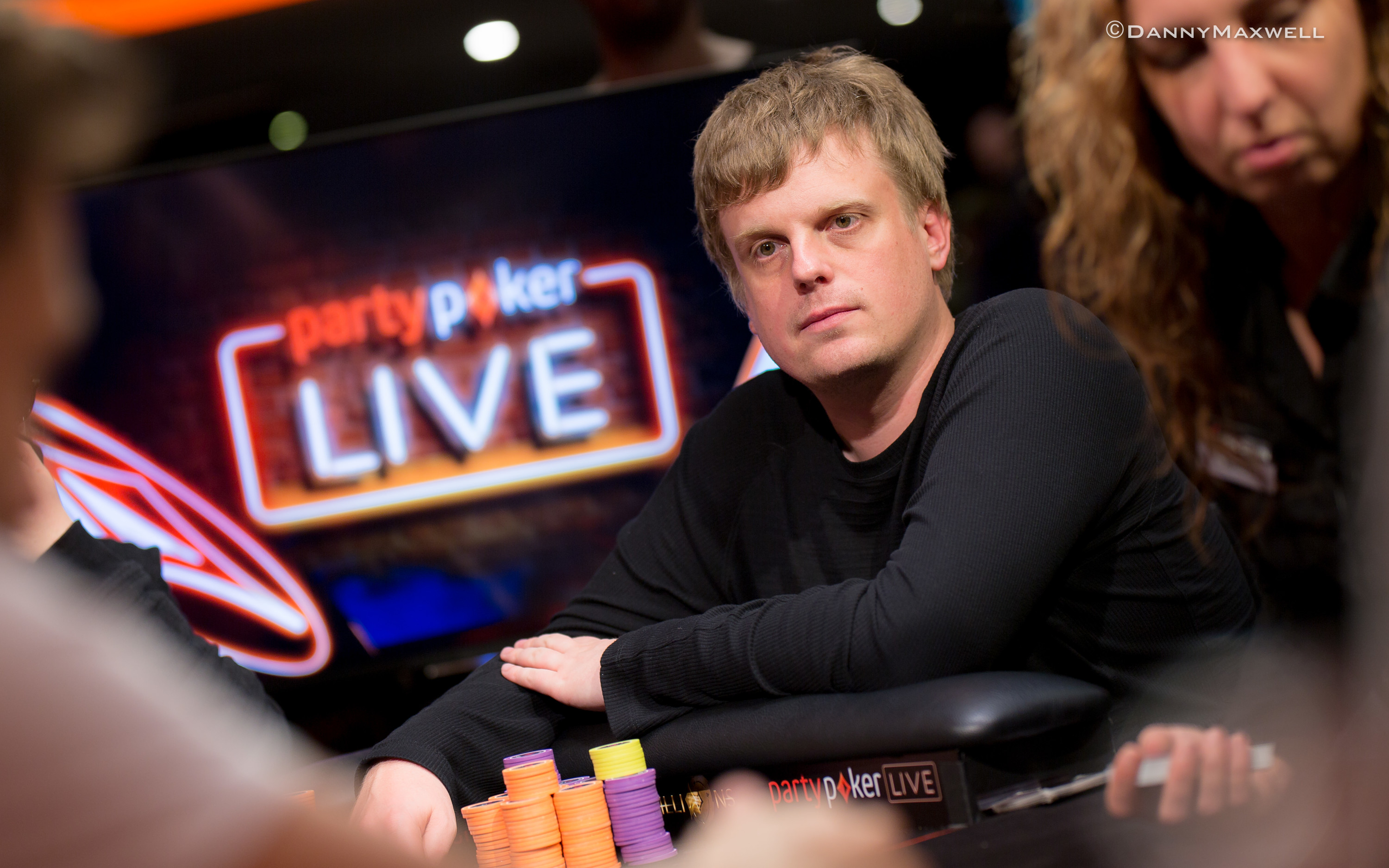 “Yeah, because my coach for the World Series was Max Altergott, who’s a heads-up player himself," Ruzicka said. "I studied heads-up a lot, and finally I used it today! We were preparing for deeper heads-up, though, because at November Nine it's usually deeper heads-up. In Czech Republic, online tournaments aren’t happening right now. We’re waiting to see if that changes but nobody knows. I wasn’t in touch with tournaments, so binking heads-up was a new thing for me. I will speak to Max and he’ll be proud!” 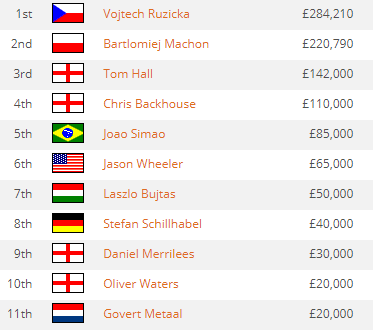 It was no surprise Ruzicka and Machon were in the final duel for the trophy, as they were the two biggest stacks upon the restart and the most active players on the final table last night. Before the one-on-one battle began, the duo struck an ICM deal, leaving the trophy and £50,000 to be played for.

In the second level of the day, Chris Backhouse, who had qualified for the event through a £1,000 Live Satellite at the Dusk Till Dawn, became the first casualty and settled for fourth place and a payday of £110,000. Down to 10 big blinds, Backhouse shoved with queen-jack offsuit in the small blind and Machon called with king-three suited. There was no help on the board and Machon claimed the pot with eights and treys.

Less than 10 minutes later, the field was reduced to the last two. Tom "Jabracada" Hall three-bet all in from the big blind for 18 big blinds with ace-deuce off suit and Ruzicka called with pocket sevens. The board ran out jack-high and Hall claimed a payday of £142,000. 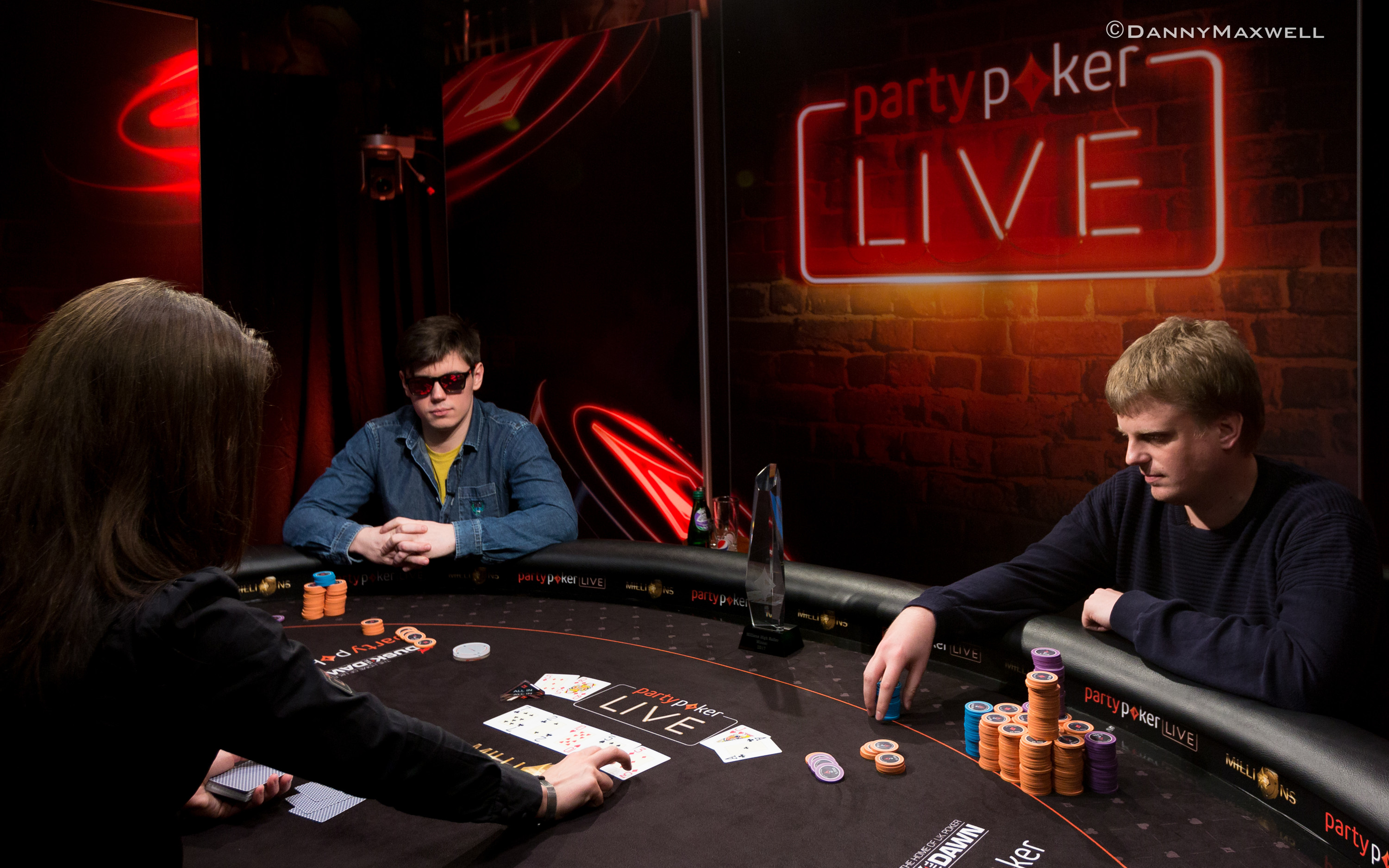 Heads-up would last more than two hours and 30 minutes and the levels were shortened to 20 minutes each. Machon quickly closed the gap and established a big lead before falling back and scoring a lucky double with queen-five suited against Ruzicka's ace-jack.

The latter himself then doubled with ace-six against pocket queens after spiking an ace on the flop. Soon after, it was all over. Machon shoved for less than 10 big blinds with ace-seven and Ruzicka called with king-four, a king appeared right in the window and that settled it.

That brought the second-most expensive tournament of the £8M guaranteed festival at the Dusk Till Dawn to an end. Ruzicka lifted the trophy to further cement his second-place position on the Czech all-time money list. 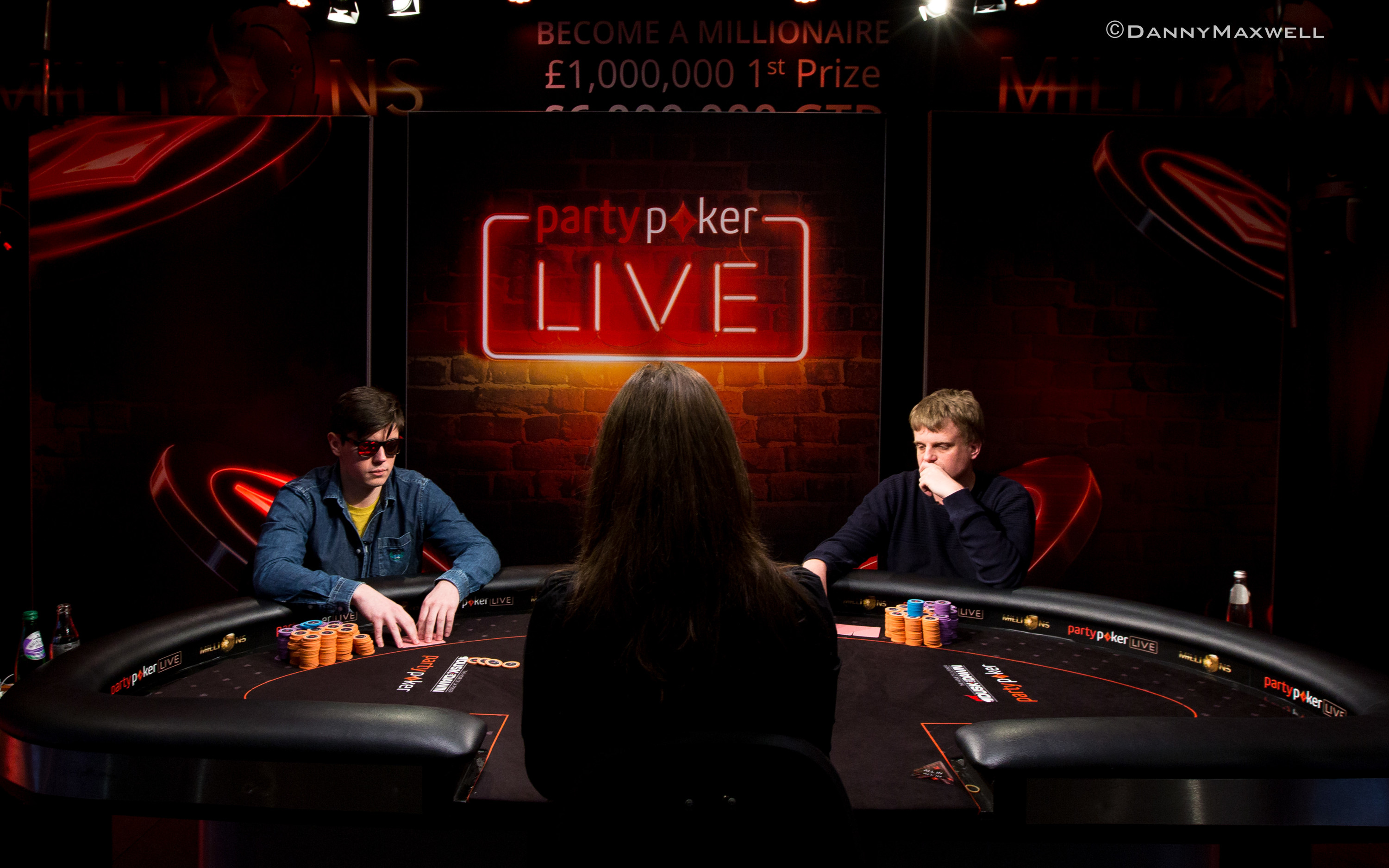