With MILLIONS UK just around the corner, we take another step back through the mists of time and rewind to the 2017 edition of MILLIONS UK, revisiting the exciting penultimate day of last year's Main Event when the final table was set in dramatic fashion.

The record-breaking partypoker LIVE MILLIONS UK £5,300 Main Event saw 35 hopefuls return to the tables at Dusk Till Dawn. It took less than seven levels of 75 minutes to reduce them to the unofficial final table of nine. Play carried on for another level, before Soenke Jahn missed out on the official final table in dramatic fashion to reduce the field to the last eight hopefuls for Sunday.

All the finalists have at least £72,395 locked up, but everyone has their eyes on the monstrous first-place prize of £1,000,000, and the coveted trophy that comes with it. Mateusz Rypulak and Jacob Mulhern, who happen to be the two chip leaders, are also the two remaining contenders in the Golden Chip Last Longer competition, which will award an extra £100,000 to the last man standing. 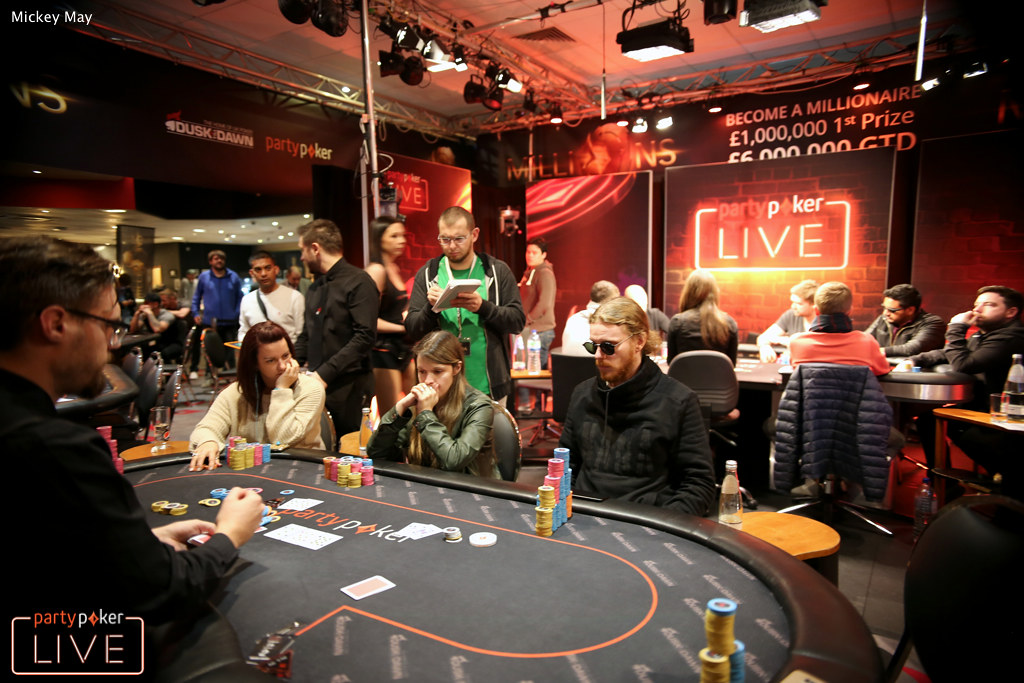 Stephen Chidwick started the day with less than three big blinds, but tripled up twice in quick succession to revive his hopes. It was the start of an incredibly hot run of the accomplished British poker pro. While Chidwick soared, six players crashed out during the first level. Ben Farrell was the first to fall, with Warren Russell, Golden Chip contender Thomas Boivin, and 2015 WPT Nottingham champion Iaron Lightbourne among the notables to join him on the rail soon after. 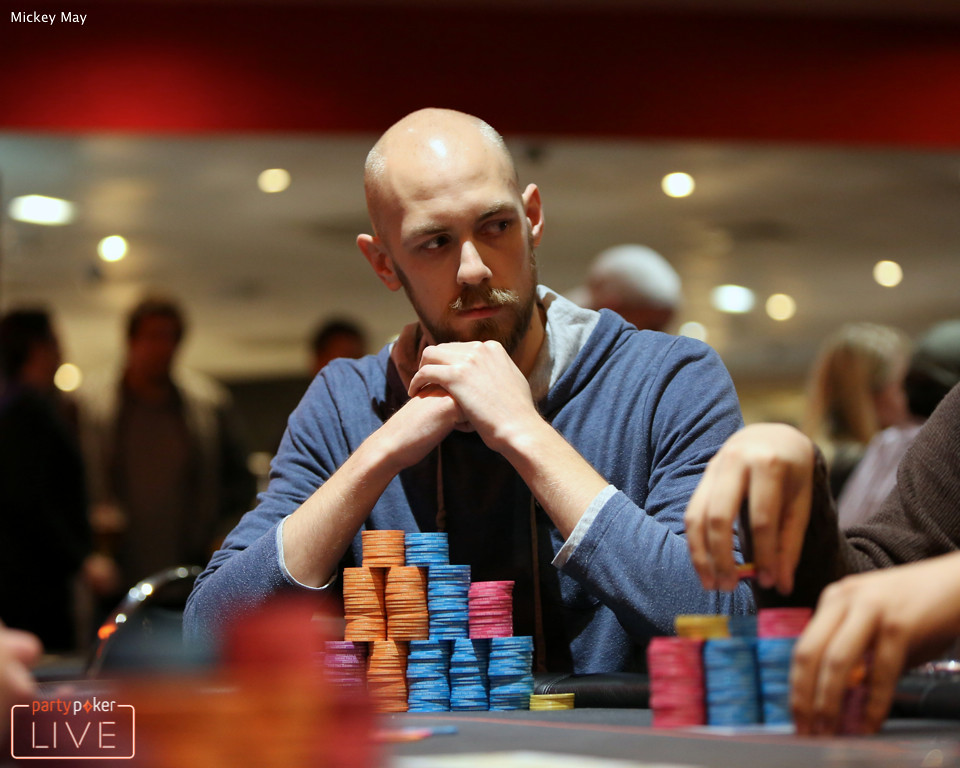 In the second level of the day, Chidwick jumped above the average by eliminating Jonas Lauck and Grzegorz Grochulski in the same hand. Lauck shoved his short stack from the button with queen-seven suited and Chidwick reshoved in the small blind with king-queen. Grochulski found tens in the big blind and called, but a king appeared right in the window. 2016 Irish Open champion Daniel Wilson ran out of chips soon after, and Ben Morrison also had to settle for a payday of £20,000.

Plenty of notables were among those to fall next with David Peters, Javier Gomez, Sergio Castelluccio, David "MissOracle" Yan, Andreas Samuelsson and Igor Kurganov all exiting with the same payout. Ashley Williams had scored an early double with ace-jack versus ace-king, but then lost a big pair with pocket tens against the turned two pair of Christoffer Stahle. Williams then lost a flip with pocket sixes against the ace-nine of start-of-the-day chip leader Moritz Dietrich, and the last three tables were set. 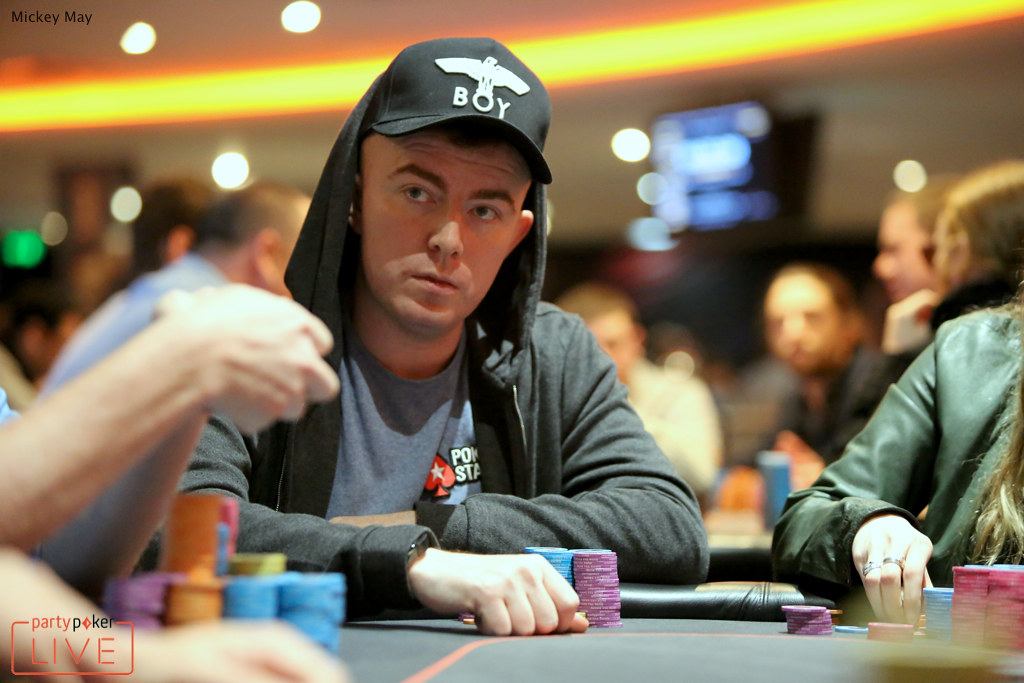 Noah Vaillancourt (22nd place) and Vicente Delgado (20th place) both had to settle for £25,000, and Moritz Dietrich bowed out in 17th place after a roller coaster ride on the feature table. That set up the last two tables, with the players barely having time to take their seats before Mark Gardner had to grab his belongings and head home. Gardner had three-bet shoved with ace-deuce, but Mateusz Rypulak called with pocket sevens and dodged an ace and a flush draw. The remaining chips of Antti Halme also went to Rypulak after the Finn failed to get there with pocket sixes against pocket nines.

Jake Cody had to settle for 14th when his pocket nines found no help against the pocket jacks of Stephen Chidwick, and the next well-known name on the British live poker circuit to fall was Ben Jackson. Jackson was part of a spectacular three-way all in on the feature table when he shoved the cutoff with ace-eight. Katie Swift, who didn't see the all in out of the small blind and put in raising chips, eventually called the shove before Maria Lampropoulou moved in over the top from the big blind. Swift called it off with ace-five suited and Lampropoulou held up with pocket tens to eliminate Jackson and double through Swift. 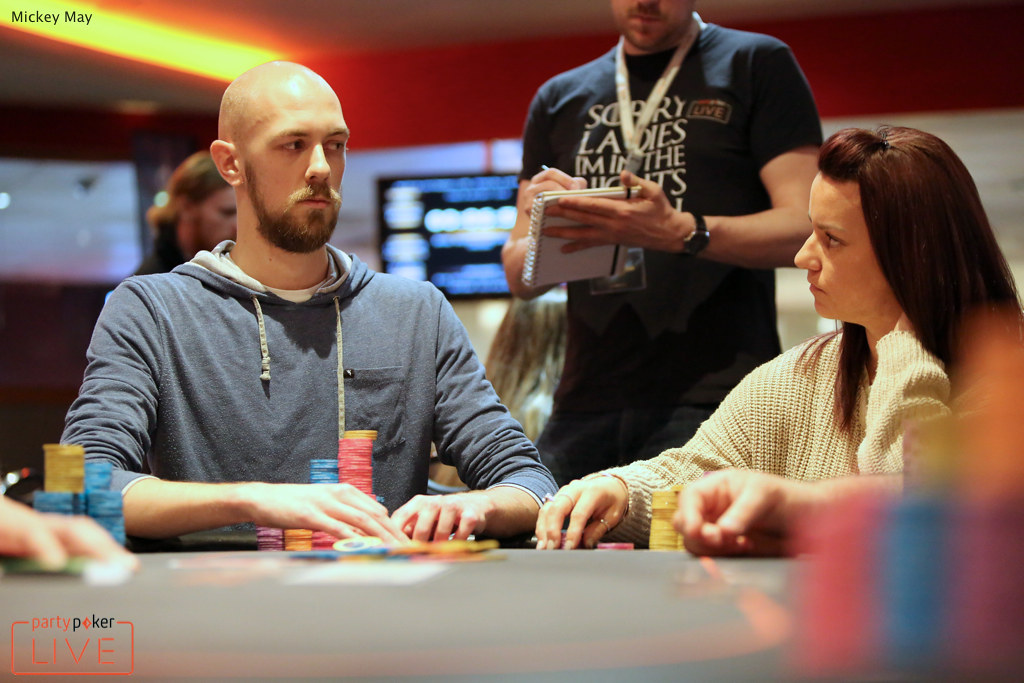 Christoffer Stahle and Tom "Jabracada" Hall then ran out of chips in quick succession and suddenly there were just 10 hopefuls left. On the feature table, Stahle three-bet all in with king-jack only to find Mateusz Rypulak behind him wake up with pocket aces. Hall lost the vast majority of his chips with ace-king against the pocket nines of Jon Spinks and bowed out on the next hand. It was the second near miss for the British poker pro, who already finished third in the £10,300 High Roller here at the Dusk Till Dawn.

While Katie Swift was doubling up with pocket kings against the ace-queen of Stephen Chidwick over on the feature table, it was Mark Kelsall who put his tournament life on the line on the outer table. Kelsall's shove from the button for almost 15 big blinds was met by a call of Mateusz Rypulak in the small blind and Kelsall's king-jack suited faced ace-queen in the showdown. Rypulak flopped two pair and running queens even gave him quads to set up the unofficial final table. 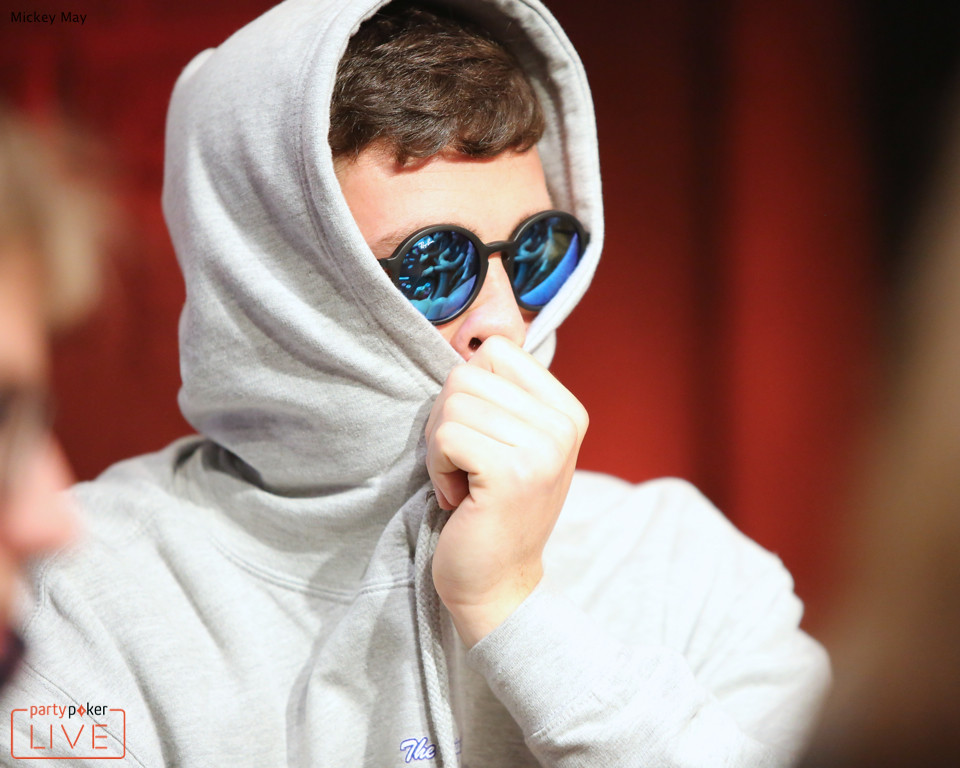 The players were informed that the last 21 minutes of the current level and one further would be played, or until the next player busted, and it took until the end of level 53 to set up the official final table. Jacob Mulhern won a flip with pocket nines against the ace-king of Jon Spinks, also with quads, before Soenke Jahn then got it in with pocket tens. Spinks had slightly more chips and pocket queens, and despite flopping a ten, Jahn was left empty-handed as a queen appeared on the river to end Day 4.

The lion's share of the £6,017,395 prize pool is still up for grabs, and here is what the finalists are playing for:

The record-breaking partypoker LIVE MILLIONS UK Main Event paid 253 spots, and had a humongous total of 1,240 entries. Tomorrow, we find out who'll be the last one standing.