The partypoker LIVE MILLIONS UK is in full swing. There is only one Day 1 left to play in the £5,300 Main Event; the £1,100 Open is down to its final nine; and the feature table at Dusk Till Dawn Poker & Casino has already hosted two high-stakes VIP cash games. On Tuesday, however, all eyes were on the biggest buy-in event of the festival - the £25,000 Super High Roller.

Day 1 saw just 17 players enter, but that field grew to a massive, guarantee-beating 51 entrants by the end of late registration. After no fewer than 15 gruelling hours of high-level poker, it was Steve O'Dwyer who emerged victorious for £450,000. He saw off a fierce final table, beating Fabrizio Gonzalez in an intense heads-up battle.

This is, rather impressively, O'Dwyer's 20th piece of poker silverware, and his third this year. His seventh MILLIONS cash is far and away his biggest, and one which brings his total live tournament earnings to over $24,000,000. 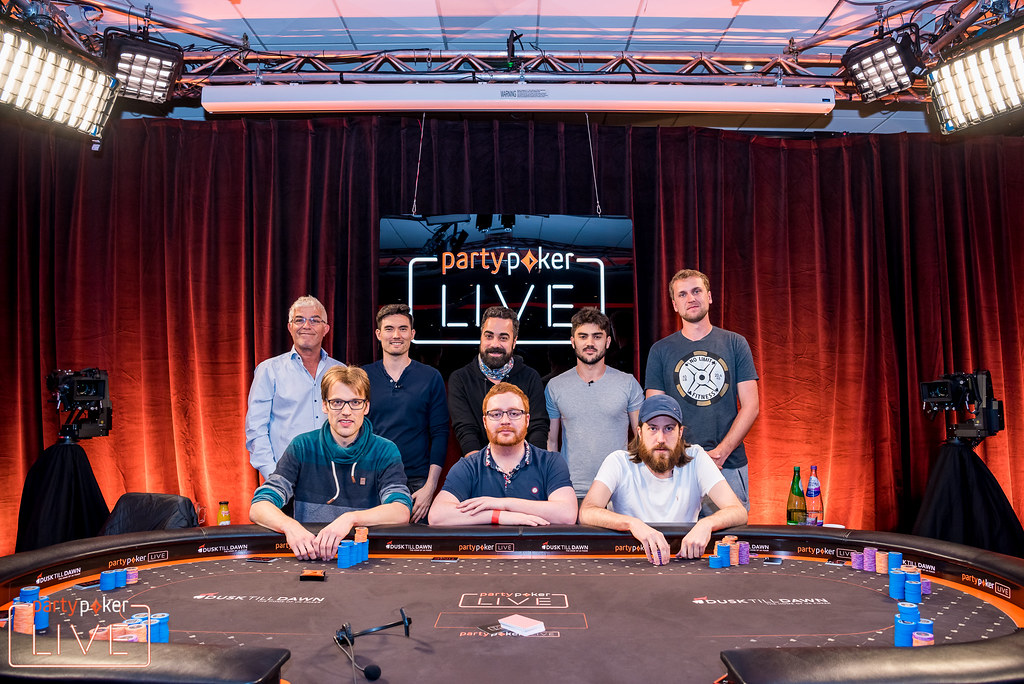 After that, there was no turning back for the American high roller extraordinaire. Farrell gave the rest of his chips to Christoph Vogelsang, after which it became the O'Dwyer show.

Having beaten down pocket kings and pocket queens, it seemed only fitting that O'Dwyer's next casualty was was Orpen Kisacikoglu with pocket jacks when O'Dwyer's A-9 found an ace on the river. Finally, O'Dwyer completed the set, cracking Fabrizio Gonzalez's pocket aces in the last hand of the night with J9 to claim the Super High Roller title. 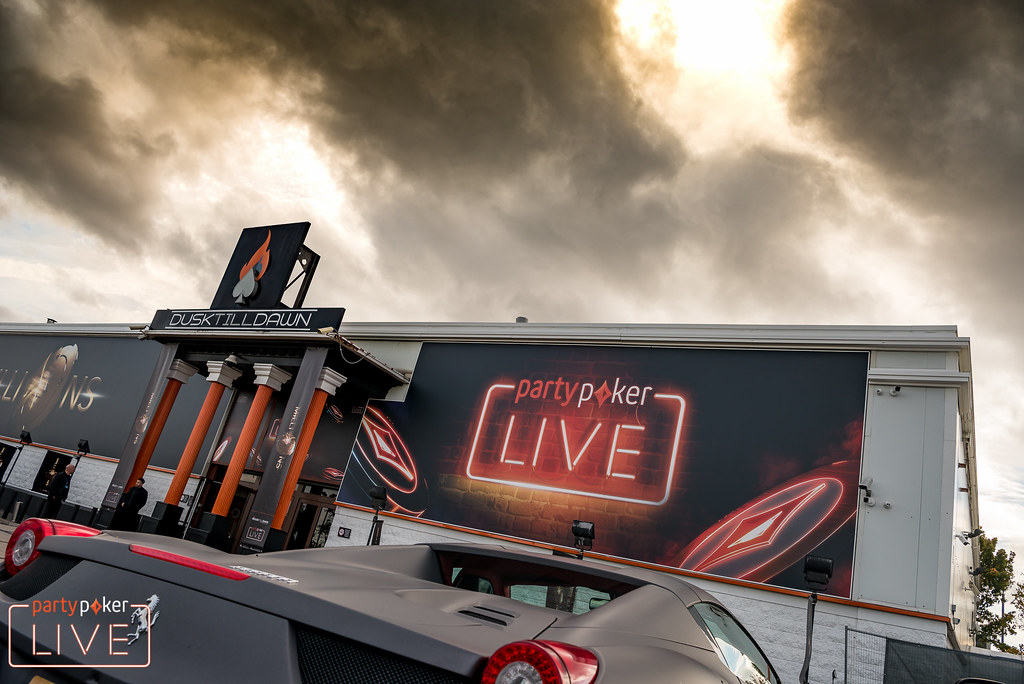 Brandon Sheils will return as the final table chip leader when the partypoker LIVE MILLIONS UK £1,100 Open resumes action at noon on Wednesday.

After ten 50-minute levels of poker was played, the 46 returning Day 3 players were reduced to the final nine on a day that featured a royal flush, two brothers battling and a 175,000,000 chip pot won with just ace-high. 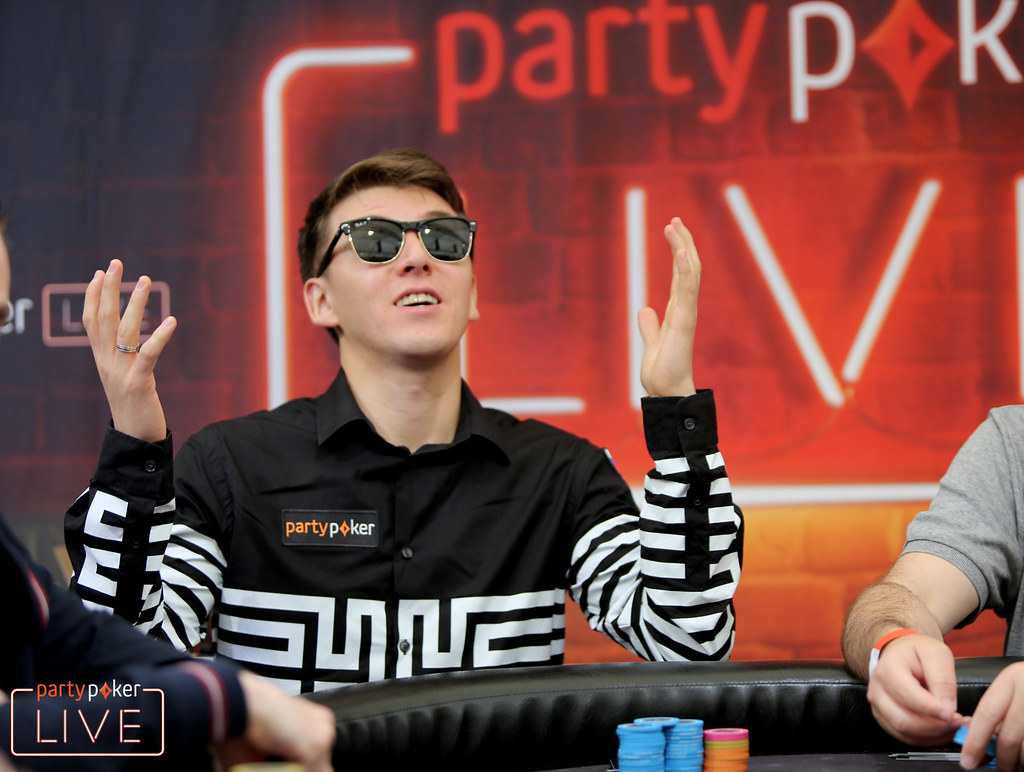 Filatov will return as the final table short stack, but he will be happy just to be there after surviving almost-certain early elimination. The Russian was all-in with king-jack and ran into not only Paul McTaggart's ace-king but also the aces of Sheils. The flop came jack-high to give Filatov some hope, and by some miracle, the river hit his king for two pair, and he won the main pot to survive, with Sheils taking a big side pot against McTaggart.

Unlike Filatov, Jack Sinclair and partypoker pro Natalia Breviglieri had no luck and departed earlier in the day.

There was a dramatic hand that is very rarely seen as Paul Michaelis hit a full house with ace-queen only to see the pot go to Jurgen Brenner who had a royal flush holding jack-ten of clubs. However, the German was unable to continue in the same vein and departed in 24th place, with start-of-day chip leader Andrew Haygarth following him to the rail in 21st. 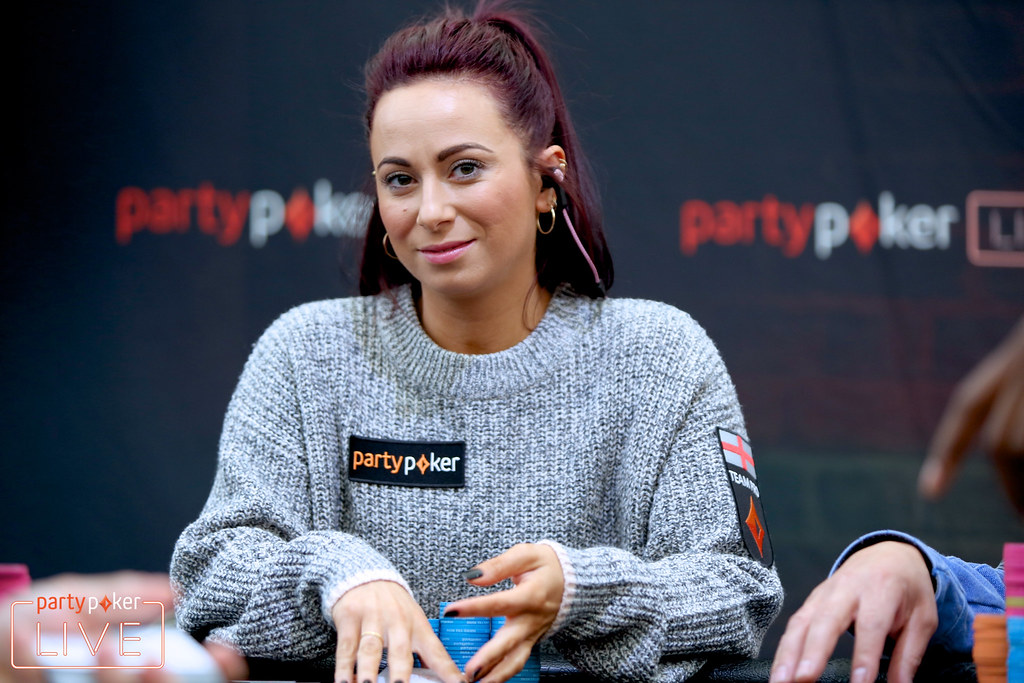 In a memorable hand between Joe Parsons and Gjoka, the Albanian decided to check-raise a bet of 20,000,000 to 68,000,000 on a 67TJ6 board, enough to put Parsons all-in. The latter had to use a time bank card to think but ultimately made the call with his tournament life on the line.

Gjoka said "good call" to his opponent and was all set to muck before he tabled ace-queen for just ace-high. But Parsons delayed showing his hand, and Gjoka was amazed when his opponent mucked and told the table he held ace-nine also for ace-high with a lower kicker. Gjoka celebrated his unconventional victory and was once again among the big stacks.

You can watch the final nine battle for the partypoker LIVE MILLIONS UK Open title and the £180,000 first-place prize on the exclusive live stream on partypokerlive.com. 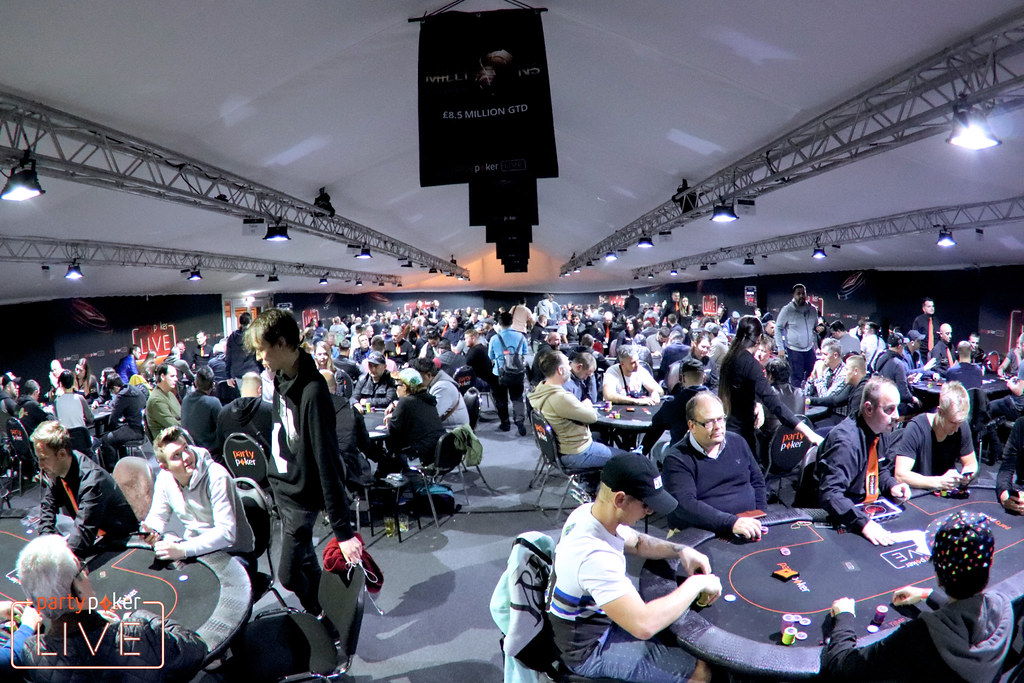 Day 1B attracted 165 entries with 88 making it through to Day 2. Adding the totals for the first two live starting flights and the online Day 1, currently a total of 224 entries are playing for the amazing guarantee of £5,000,000. With 1,000 players needed to match the guarantee, Day 1C should be a big one.

Finishing with the chip lead was Florian Duta with 5,800,000. The Romanian lives in the UK but proudly flies the flag for Romania, and will be looking to add to his collection of cracking scores this year in the MILLIONS UK Main Event.

In second place was Kevin Frame with 5,110,000. The Scottish player reached the last two tables during the UK Poker Championships here in Nottingham back in February, and will be aiming for an even better finish in this Main Event. 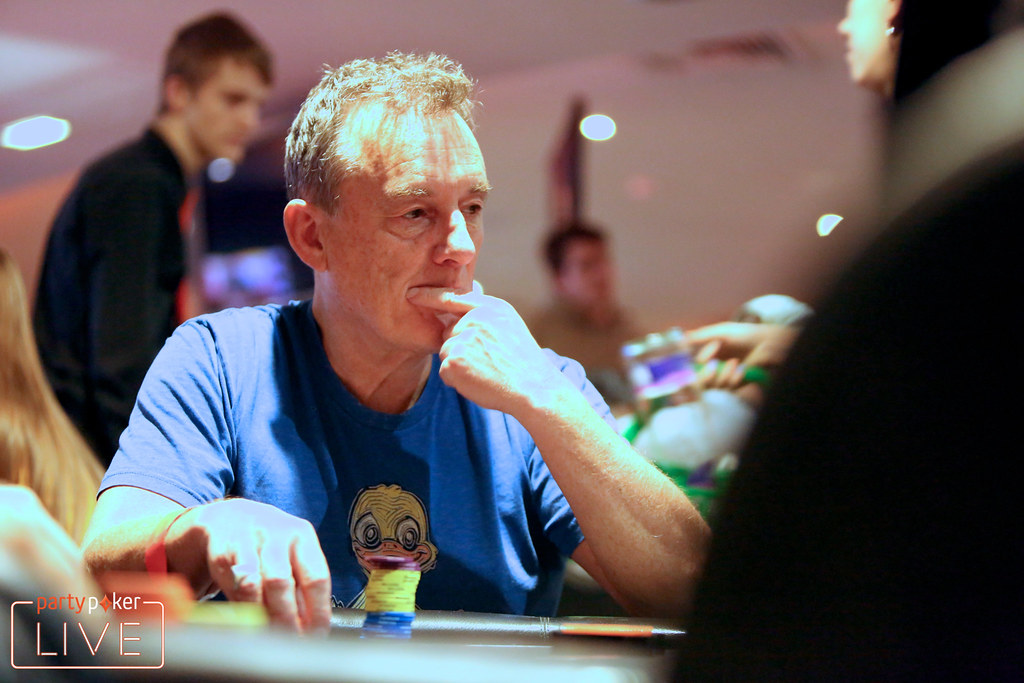 Eric Afriat was in third after Day 1B with 4,150,000. The Canadian poker pro has over $2 million in recorded live tournament cashes but hasn't managed to collect any European flags yet. Team partypoker’s Bertrand Grospellier (2,005,000) sat down in the later levels and managed to double his starting stack.

On Wednesday the Open will crown a champion and it’s the final opening flight of the Main Event. With a huge overlay currently in prospect, expect a frantic day as players scramble to take advantage and fight for their share of the £5M GTD prizepool. 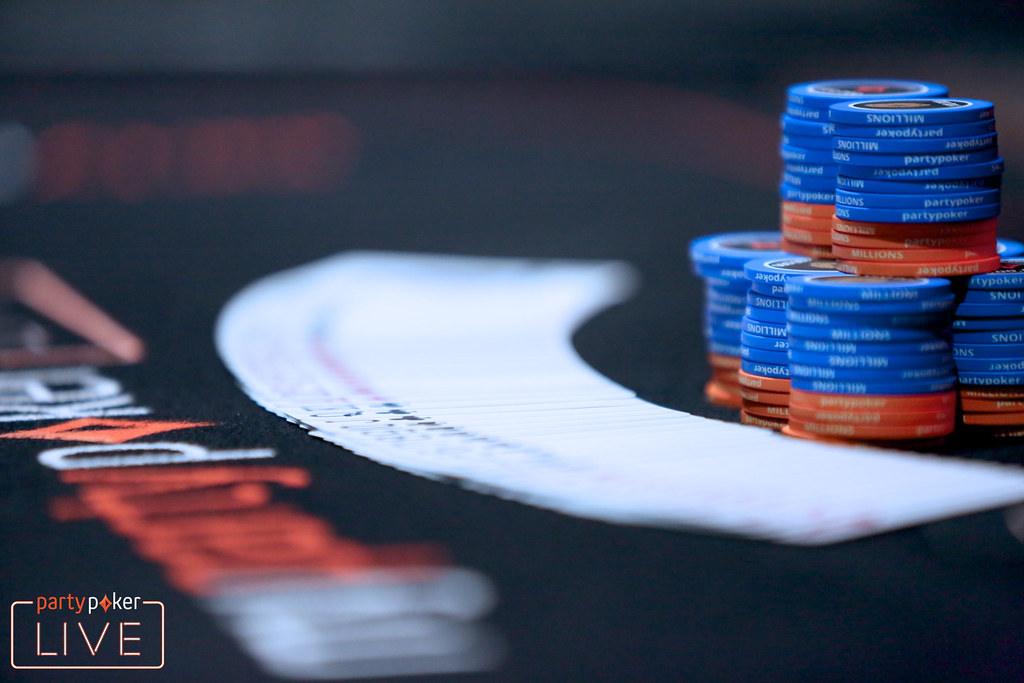