Following his victory, the Greek superstar said "I am in shock, I literally am in shock I think. I tried to compose myself all day and yesterday night. I slept alright, I slept like six hours. But I tried to keep cool because I knew, even though I was first in the chip counts, that doesn't mean you'll win. So, you have to play your best. And I did, and I got lucky.”

The stacked final table featured a world-class lineup of poker doyens who wouldn't look out of place at any final table in the world. Antoine Labat, Tom Hall, Sam Grafton, Michael Wang, John Haigh, Dara O'Kearney, and Ryan Riess all took a seat at the hallowed table at the start of the day. 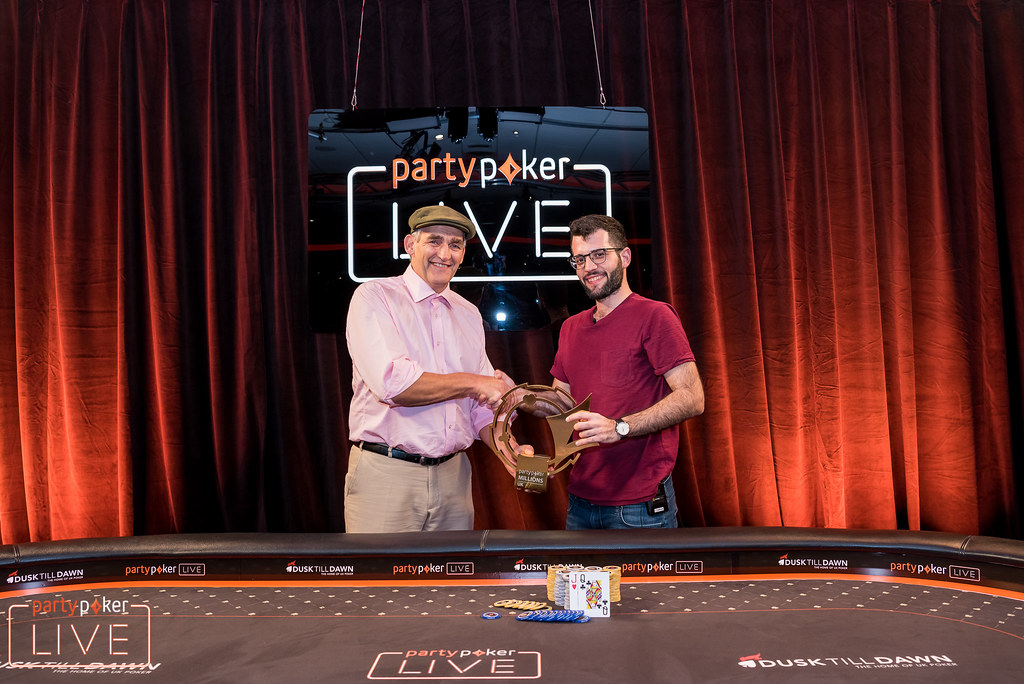 Play started off with nine players returning to the unofficial Final Table and only ten minutes after the restart, Wang picked up eights and raise-shoved after Foxen found aces and had three-bet. Foxen snap-called to earn the first double-up of the final table. Forty-five minutes into the day, Riess shoved his king-jack into the ace-ten of Haigh and got no help of the board. The 2013 Main Event Champion was sent home as the Final Table bubble boy in ninth place for £50,000.

Making perhaps the biggest fold of the day or even the entire tournament was Foxen. He first called the shove of Hall with queens but folded to the overshove of Angelou-Konstas. Both Hall and Angelou-Konstas held ace-king and split the pot in the end which Foxen would have won if he had called.

Less than ten minutes later it would be O'Kearney's turn to say goodbye. O'Kearney picked up a pay jump after having come into the day as the short stack and shoved his last 4 big blinds holding eight-seven suited. In the three-way pot, Haigh scooped it all by flopping two pair. The well-known Irish player will be happy to have gone this deep after having been short for most of the past two days. 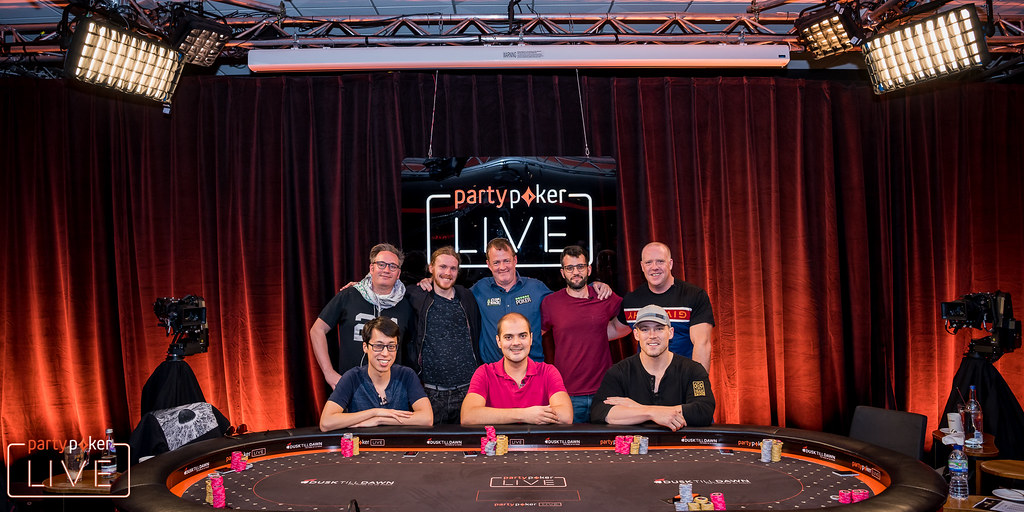 It would then take almost another three and a half hours of chips going back and forth between the players before Haigh was eliminated. In another ace-kings against queens situation, Haigh drew the short straw with the queens when both Foxen and Hall flopped a king. His last chips were split up between them and Haigh picked up a career-high cash of £100,000.

Grafton's elimination happened a mere fifteen minutes later when he called with jack-ten after Angelou-Konstas had put him all-in. Angelou-Konstas flopped two pair with seven-six and improved to a full house on the turn. The Brit jumped into the Main Event on Day 2 and after an amazing run finished in 5th for £205,580. 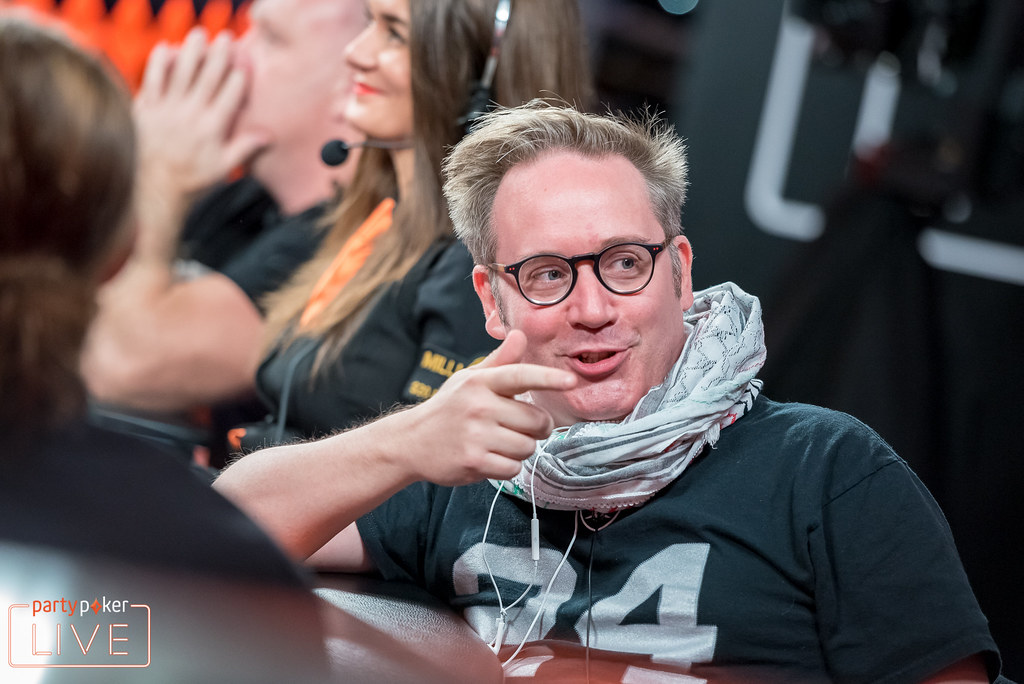 Hall left the stage in fourth after having doubled up Labat first and then running his last 6 big blinds into the ace-king of Angelou-Konstas while holding king-queen himself. Hall flopped a straight draw and hit it on the turn. But Angelou-Konstas rivered a flush to halt Hall's dreams of winning the Main Event in the casino where he once used to work as a dealer himself. He got a hug from his mum and then left to collect his payout for £300,000.

Chips kept flying back and forth until Foxen doubled up when he found aces again. Angelou-Konstas had flopped a pair of queens and called Foxen's shove on the turn. There was no danger on the river for Foxen, and suddenly the chip lead was in Foxen's hands. Twenty minutes later, Angelou-Konstas took it back though when he hit a two-outer on the turn with pocket sixes against the pocket eights of Foxen.

Less than ten minutes later, Labat found his Waterloo when he shoved king-eight on the six-six-deuce flop and was insta-called by Angelou-Konstas with ten-nine suited with the flush draw. The turn gave Angelou-Konstas the flush to eliminate Labat in third place for £440,000. Heads-up Angelou-Konstas had a commanding chip lead with almost 90% of all the chips in play in his stack. A deal was discussed but not agreed upon. 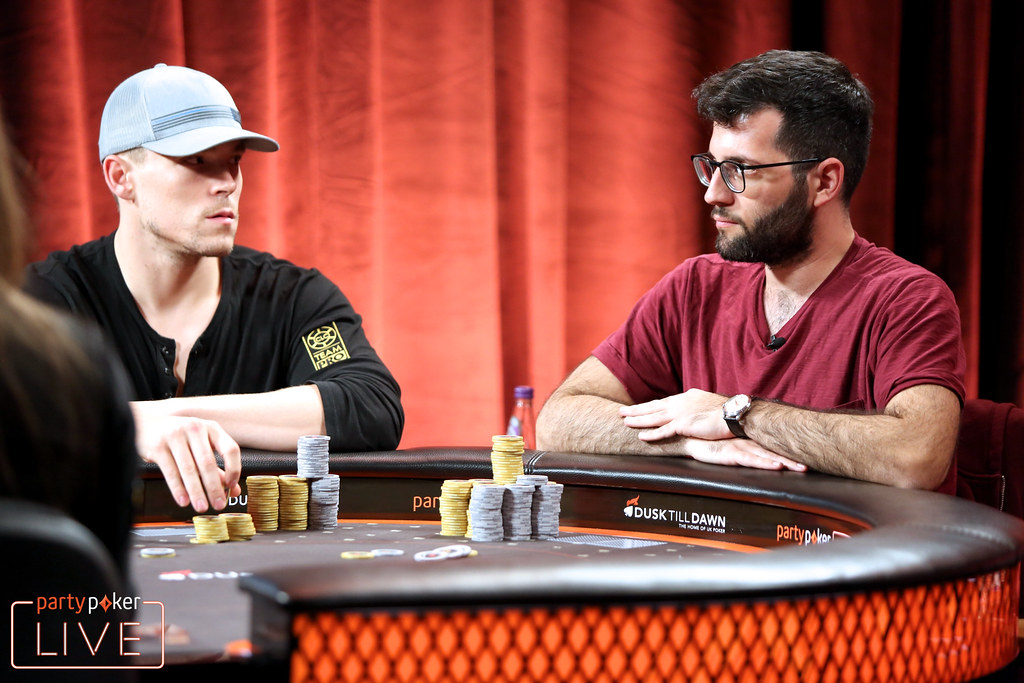 Angelou-Konstas, speaking afterwards, said: "A lot of the guys on the table were tough opponents, I respect them all, but Alex was probably the toughest. His stare is so intense, it made me feel uncomfortable, and he's also really good at playing."

Ten minutes into heads-up play, Foxen doubled up with pocket sixes against the queen-nine of Angelou-Konstas. After the double-up, they both agreed to a deal, Foxen would take £720,000 and Angelou-Konstas was ensured of £840,000. £100,000 and the trophy would be going to the eventual winner. Twenty minutes later, the board read king-ace-four-trey-ten and Angelou-Konstas held the nuts with queen-jack for the straight. Angelou-Konstas check-shoved on Foxen's bet and Foxen tank-called reluctantly for the tournament to be over after almost ten hours of play. 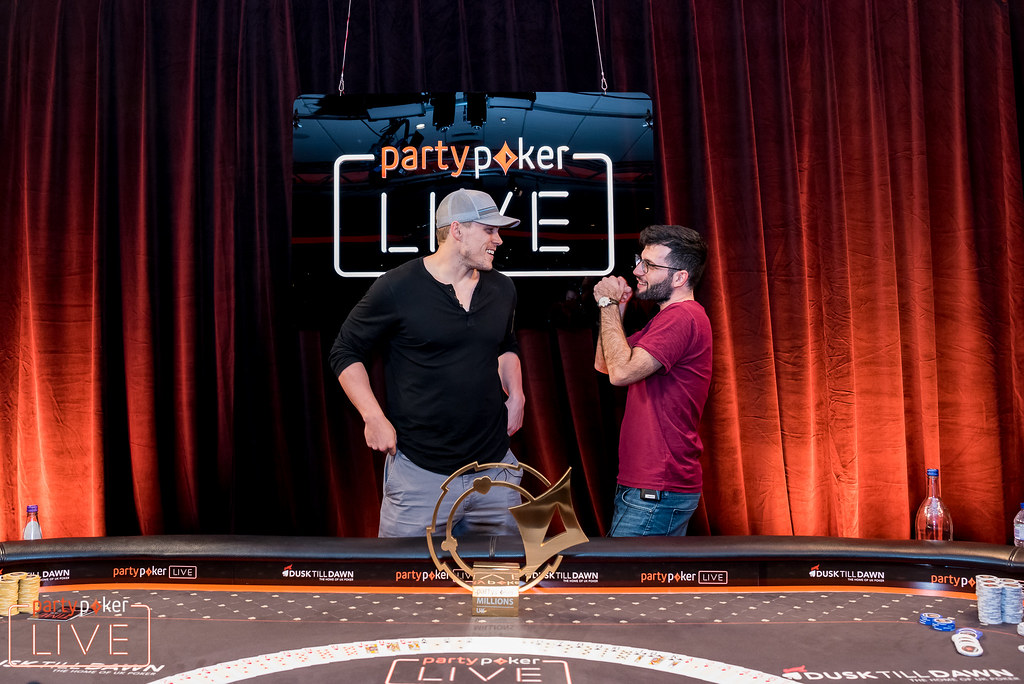 Angelou-Konstas eliminated five of his opponents on the final table and had a small but vocal rail at the casino and at home: "I didn't have a big rail, but they were really important to me. My family; parents, brother, girlfriend, the friends that had a piece in me, a special shout out to them! And see you in the Bahamas!”

The next stop on the fabulous partypoker LIVE MILLIONS tour will be the Caribbean Poker Party in November. We can't wait to do it all again. See you there!

If you missed anything from MILLIONS UK, click here to read extensive live coverage from all the thrilling events at Dusk Till Dawn. 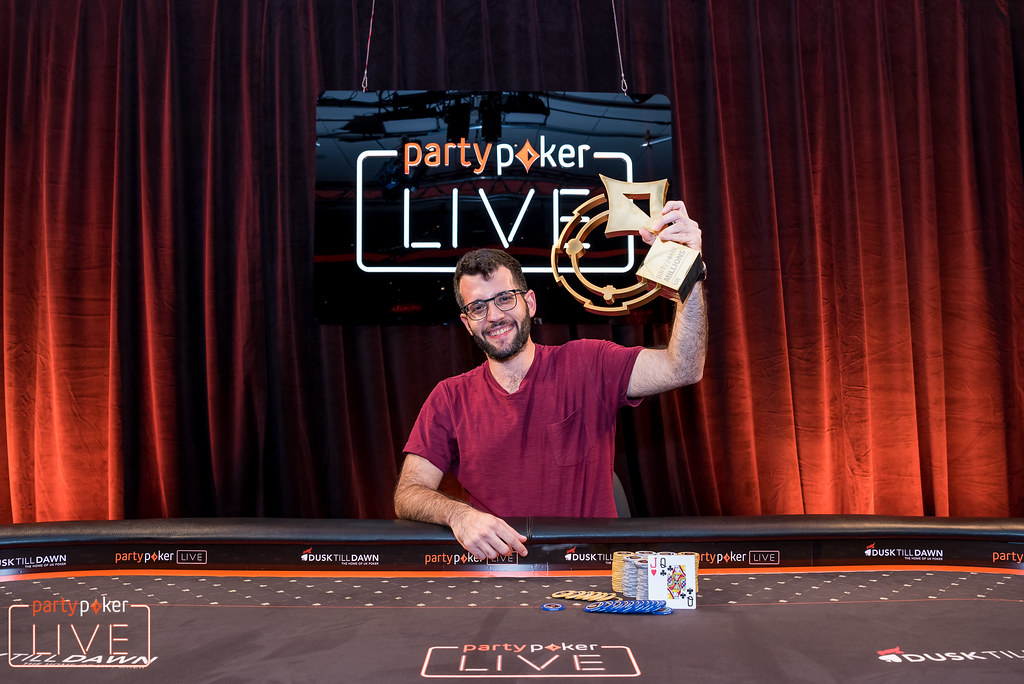