The Triton Poker series is going from strength to strength in the poker world, with the high-stakes tournament series a perfect partner for the magnificence of the MILLIONS tour. MILLIONS Russia has seen two of the prestigious monster-stakes tournaments play out at Casino Sochi, and both provided some wildly entertaining poker. We round up what happened in both the Super High Roller and the High Roller:

Malaysia’s Ivan Leow won his second Triton Poker title in two weeks with victory in the Super High Roller for ₽72,000,000. After 14 entries on Day 1, that number was more than doubled in the first three levels of Day 2 as a field of 29 entries emerged in the ₽6,000,000 buy-in event. The field consisted of 20 unique players and nine re-entries, with the top four spots guaranteed a portion of the $2.6M prize pool.

Leow lifted the trophy after defeating the UK’s Abraham Passet heads-up. Passet picked up his biggest ever score, earning over $740,000. Leow had been on the final table of the ₽3,000,000 High Roller the previous evening, going from chip leader to bubble boy in just over an hour, and he began Day 2 of the Super High Roller in very similar fashion. His aggressive playing style saw him involved in almost every hand early on, with the Malaysian busting, re-entering and then going on to tear up the feature table at the beautiful Casino Sochi.

The 36-year-old is in red-hot form, with five six-figure cashes this year alone. They include a victory in the Triton Poker Super High Roller Series Jeju HKD$500,000 Short Deck Ante-Only event (try saying that without pausing for breath!) for more than $1M, and Leow topped that score with his victory here in Russia. 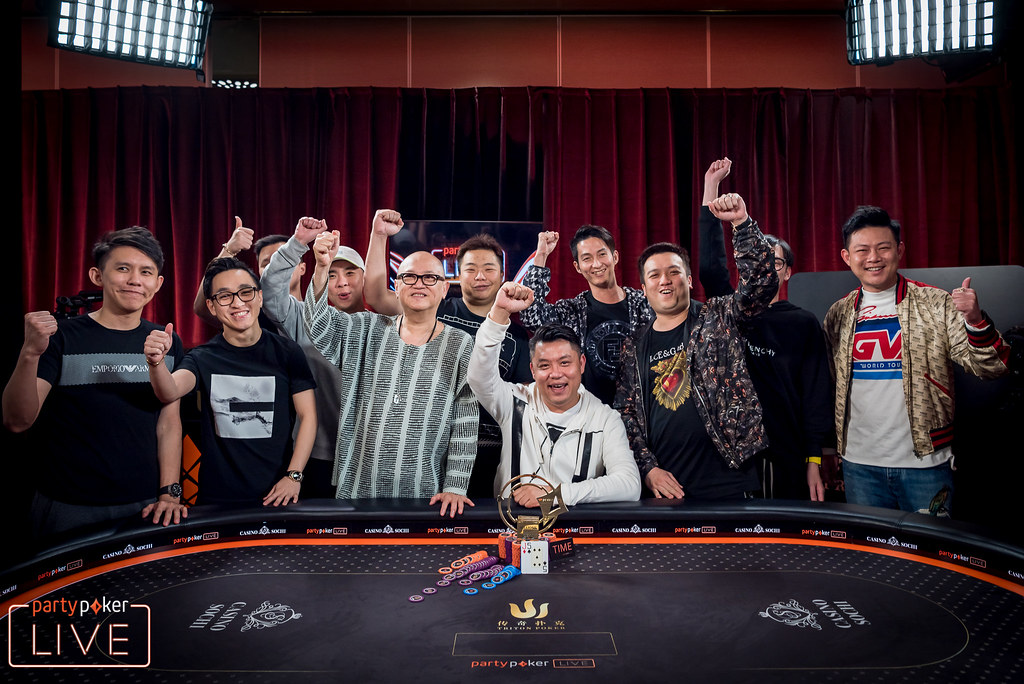 Registration was open for three levels on Day 2, and among those to buy-in included Triton Poker High Roller champion Aymon Hata, Patrik Antonius and Richard Yong.

Shortly after Phillipp Gruissem busted, Passet went on a bit of a tear, eliminating Konstantin Uspenskii and Patrik Antonius in quick succession to shoot up the counts. Yong and fellow countryman Chin Wei Lim followed them to the rail before Leow jumped into the lead by sending Phil Ivey and Timothy Adams to the rail in the same hand. Leow raised on the button with aces, Ivey got his stack in with ace-five in the small blind and Adams re-shoved ace-queen from the big blind at the worst possible time.

The all-ins kept on coming and Wai Kin Yong was the first casualty on the final table. Paul Phua was then eliminated by Manig Loeser before Niall Farrell hit the rail when his aces were cracked by the pocket nines of Passet, with the Scotsman’s exit setting up the bubble. 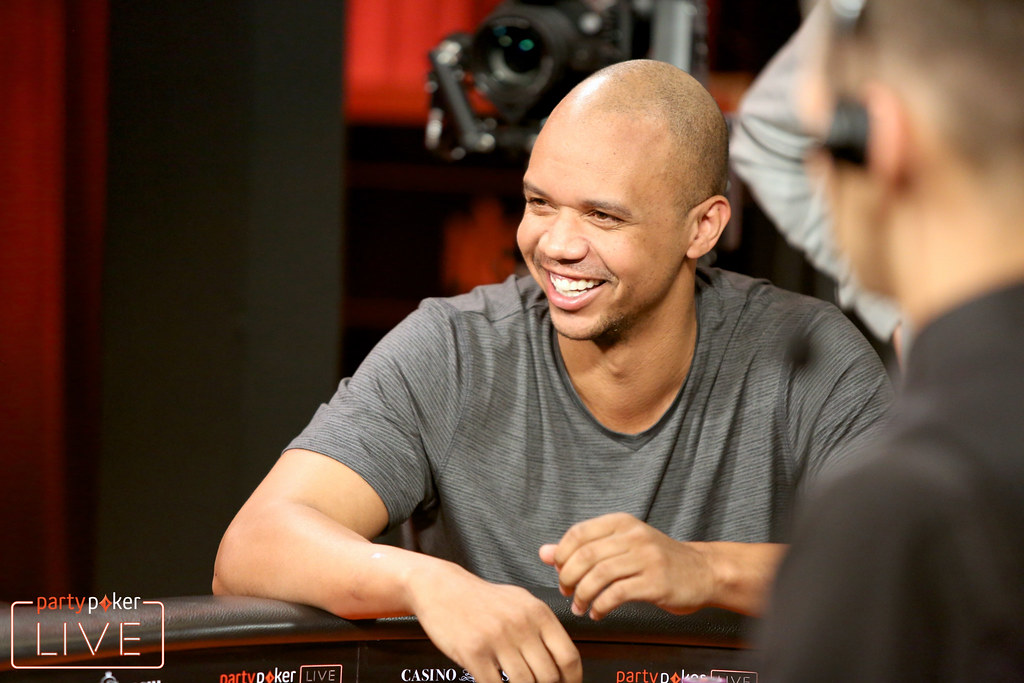 Fast had been among the chip leaders until then, but several clashes with Leow did great damage to his stack. In the decisive hand, Fast raised with nines and Leow called with king-queen suited. With his flush draw on the flop, Leow just called and then bet the turn when he paired his queen. Fast didn't believe his opponent and jammed to find himself with two outs in the showdown. No miracle happened, and the German bubbled.

Manig Loeser also fell victim to Leow when he check-raised middle pair and a flush draw against the Malaysian’s top pair in a four-way pot. Loeser moved all-in after the turn and Leow called with the additional nut flush draw, with the blank river sending Loeser out in fourth.

The commanding lead of Leow was soon extinguished in a boat-over-boat hand with Passet, before he sent his compatriot Wai Leong Chan to the rail to take back control of proceedings. Chan had flopped top two pair with queen-jack and Leow continued with ace-ten for a straight draw. Leow paired his ace on the turn and the chips went in, with a ten on the river giving Leow the better two pair.

Passet gave it a real go in heads-up, even claiming the lead for a time, but after more than an hour Leow had established a commanding lead with sheer aggression. Passet put his hopes on a six-high flush draw on a paired flop, but Leow called with jacks and fours and was able to celebrate after two blanks on the turn and river.

Hata has appeared on the live poker scene within the last two years and his win followed hot on the heels of finishing third in the $100,000 High Roller at the World Series of Poker for $1.25 Million.

Despite his recent success, Hata has no plans to play in more events than he does now.

"I don't think a lot will change. I am going to continue playing in High Rollers but won't play every single one of them for the sake of it. I will make sure that the fields are interesting and look for spots." 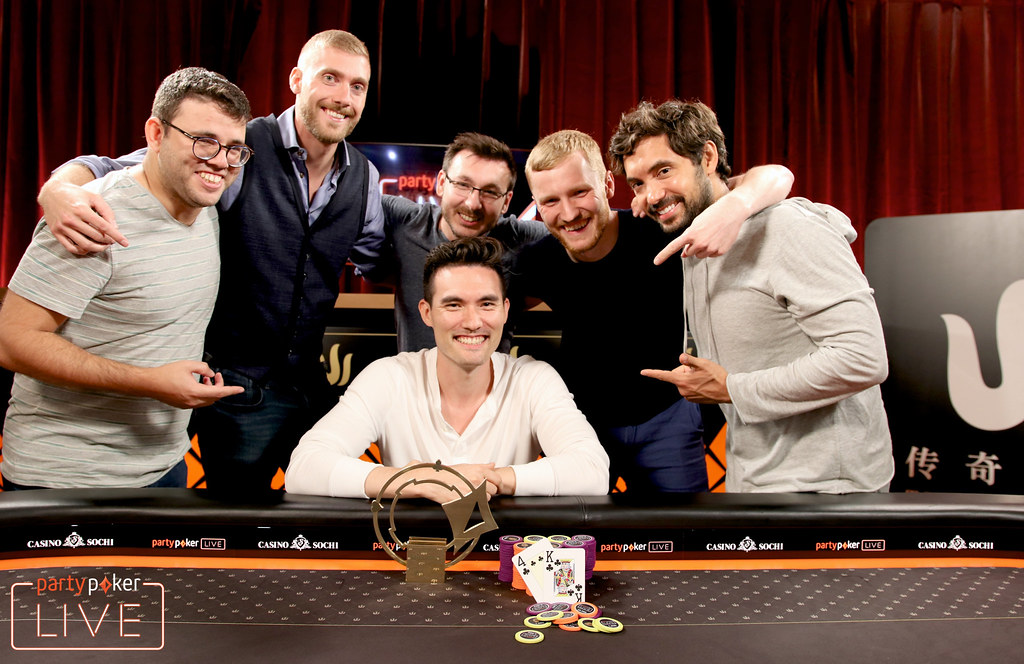 Registration for the event remained open for the first three levels of Day 2 and the field grew from 37 to 47 entries. Among those to join were partypoker ambassador and birthday boy Anatoly Filatov, as well as superstar Phil Ivey, but both busted well before the money.

Among those to bust early on were Andrey Pateychuk, Abraham Passet and Andrey Pateychuk, with Chin Wei Lim's only lasting five minutes. Other notables such as Dietrich Fast, Manig Loeser and Oleksii Khoroshenin also hit the rail in short order.

In a battle of Triton founders, Richard Yong ended up second-best with ace-king against the ace-queen suited of Paul Phua and Jack Sinclair couldn't get there with pocket tens against the pocket jacks of Vladimir Troyanovskiy. 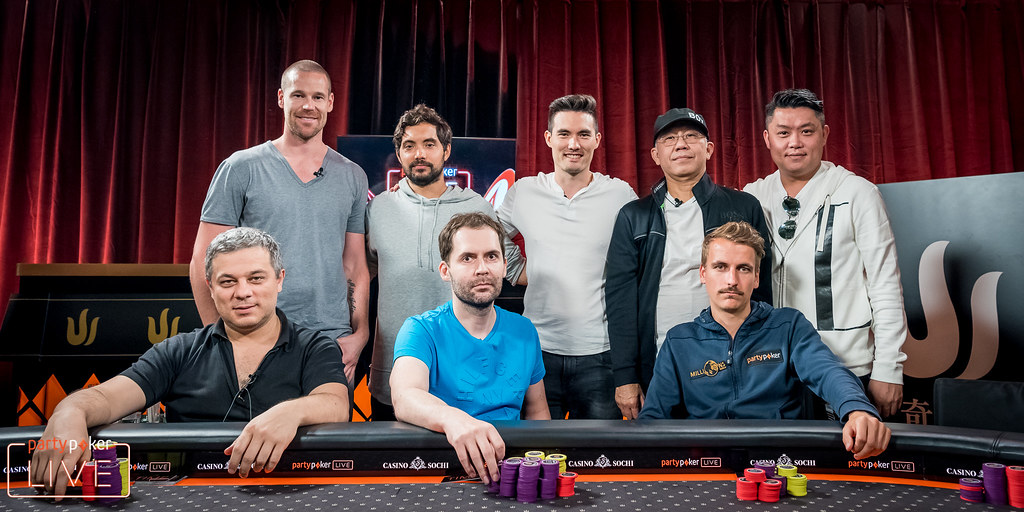 Bartlomiej Machon and Timothy Adams were unable to run up their shrinking stacks, before former chip leader Leow busted on the bubble when he three-bet shoved with ace-ten and Patrik Antonius reshoved with pocket queens. Initial raiser Paul Phua called with jacks, but Antonius nearly tripled to burst the bubble.

The next player to go from top spot to the payout desk was Team partypoker's Philipp Gruissem, who lost a number of all-ins before his ace-nine couldn’t get there against the ace-jack of Patrik Antonius. The Finn sent Phua packing next with kings against nines.

Then, things started to go wrong for the legendary Antonius. First, he three-bet shoved with pocket fives in the big blind and Troyanovskiy snap-called with pocket queens, halving Antonius’s stack. The biggest pot of the tournament followed when, on a ten-high paired flop with two hearts, Antonius check-raised all in with seven-six suited and Hata reshoved with ace-four suited for the nut flush. Another heart on the turn left Antonius with just one out and the miracle card didn’t show up.

Next, Konstantin Uspenskii lost most of his chips with a seven-high bluff against Hata's full house, and the Brit finished the job soon after with queens against the king-eight suited of Uspenskii. In heads-up, Hata always had a comfortable lead over Troyanovskiy, so it was no surprise when he dealt the final blow with king-four suited versus jack-seven at close to 2 a.m. local time.