The MILLIONS Russia High Roller was the last action of the wonderful MILLIONS Russia festival, and it was Pavel Andryianau who won it for $320,000 after outlasting the 113-strong field. Here’s how he did it:

On Day 1 of the ₽600,000 buy-in event, no less than 65 players took to the felt, with this being their final chance of High Roller glory after the two Triton events had taken place earlier in the week. By the end of the opening flight, just 36 remained. At the top was Russia's own Rudolf Domin, who bagged up a massive 5,495,000 in chips. That was over a million more than his nearest rival, Mehmet Kolgu, who took through 4,140,000.

Last year's MILLIONS Russia Main Event champion Alexsandr Gofman also progressed with exactly 4,000,000, while Abraham Passet and Pavel Veksler rounded out the top five stacks. Team partypoker was well represented in the form of Ludovic Geilich, Bertrand "ElkY" Grospellier and Philipp Gruissem, who all took through playable stacks. The President of partypoker LIVE John Duthie also made it through with 2,480,000. 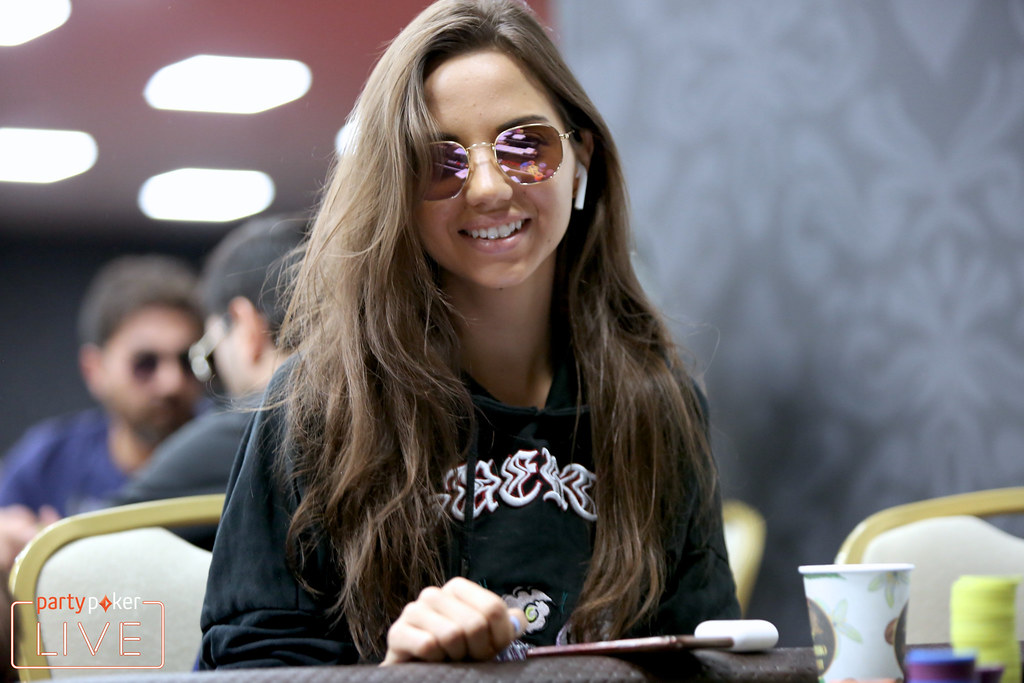 The late registration period on Day 2 saw the entrants flooding in, bolstering the total field to 113. Of those, just 30 players advanced after a huge chunk of the field were eliminated, and at the end of it all it was Andryianau who emerged as the chip leader. He managed to take through the only eight-figure stack with an impressive 15,335,000. Sergey Aristov was a distant second with 8,680,000. Andrey Pateichuk (5,810,000), Mehmet Kolgu (5,720,000) and Matt Eardley (5,400,000) rounded out the top five stacks going through to Day 3. 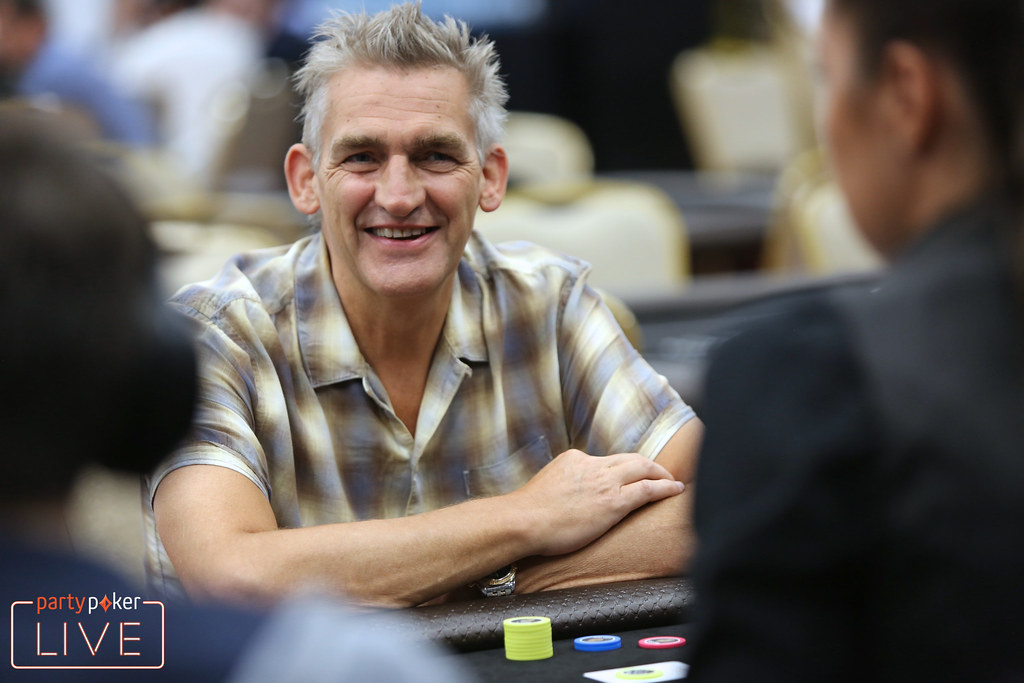 With eleven players getting paid, Day 3 was a long slog towards the money for the remaining players, who knew a min-cash would be worth a tidy $25,000. Gruissem, Timothy Adams and Grospellier were among those to bust early in the day, and they were followed out of the door by Mehmet Kolgu, Andrei Krylou and Dietrich Fast as the money bubble approached. The bubble boy turned out to be Anatolii Zyrin, who was forced to move in by the rising blinds. He was called in three spots but had to exit with nothing when Patrik Antonius made a full house on the river with nine-five.

With $25,000 locked up for the last eleven, the action accelerated and Maria Lampropulos and Maxim Lykov headed to the payout desk in quick succession. Brandon Sheils began to take control of proceedings on the unofficial final table, bossing the majority of pots. After Andrey Kotelnikov’s exit, just eight remained. Sergey Aristov and Artem Vezhenkov earned $45,000 and $55,000 respectively for their eighth and seventh place finishes, before Ming Juen Teoh lost a blind-on-blind all-in confrontation with six-deuce against the pocket tens of Andrey Pateichuk to finish sixth for $65,000. 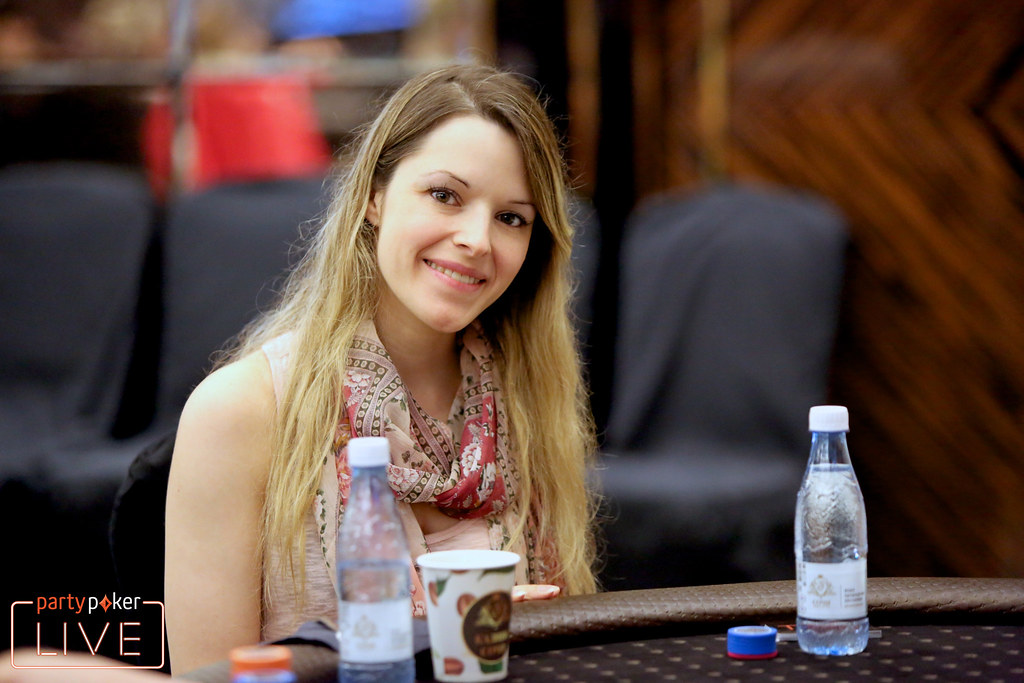 The impressive Sheils had played well all day, successfully bluffing Antonius and dominating his table on the bubble, but when he found himself down to 18 blinds he re-shoved with pocket threes and was called instantly by the tens of Pateichuk. There was no help from the board and the Brit was out in fifth. With four players remaining, play was paused for the night, as a couple of players were falling asleep at the table! It was agreed they would come back the next day to fight it out for the title.

Andrey Pateichuk had a big chip lead, holding more than half the chips in play, and after play resumed he soon took out Igor Yaroshevskyy with ace-jack against Yaroshevskyy’s dominated jack-ten. Andryianau then doubled through the chip leader when his top pair held against an overcard and a flush draw, with all the money going in on the turn. With the stacks fairly even, the final three battled back and forth for a while, with first Antonius doubling through Andryianau, then Pateichuk through Antonius, then Andryianua through Pateichuk. Something had to give, and it was Pateichuk who succumbed first. 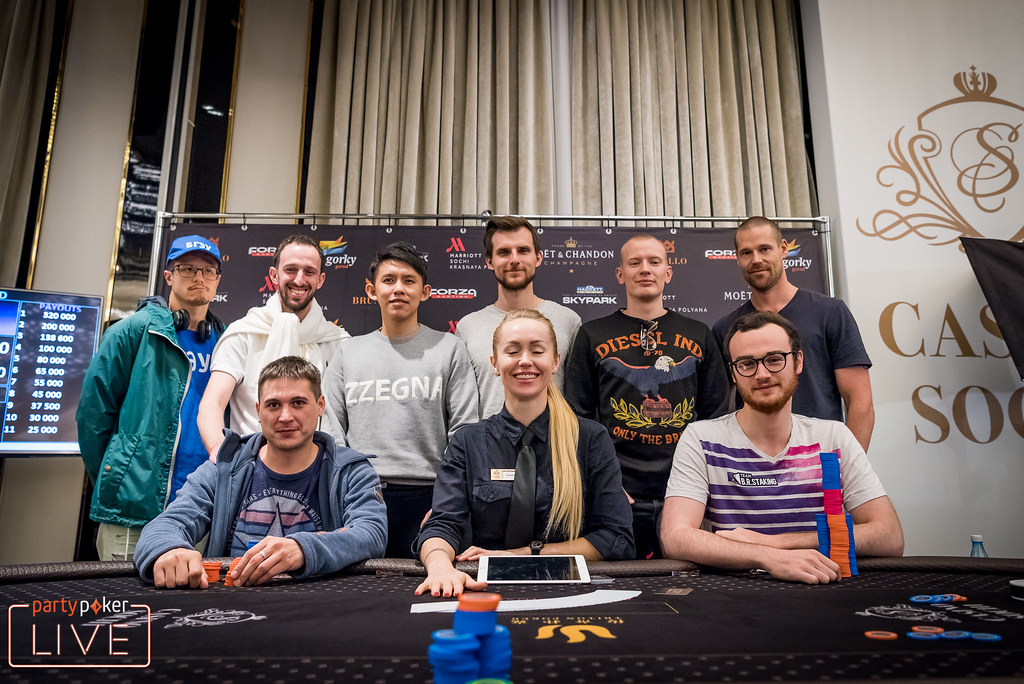 He had been left short from a brutal bad beat just a few hands earlier, and moved in for his last 14,500,000 with ace-jack. Andryianua made the call with ace-six, and Pateichuk was in great shape to double. Unfortunately for him, Andryianua flopped a six, and he was left to rue his misfortune. The $138,600 prize for third should prove a pretty good consolation, however.

Antonius started the heads-up duel with a huge chip deficit, and it wasn't long before Andryianau put him all-in. Antonius called with ace-two, and looked good to double up against the queen-five of Andryianau until a decisive queen on the river settled matters. "That hand will look lovely in the winner's photo," joked Antonius as he shook Andryianau's hand. His runner-up finish was worth $200,000, while Andryianau earned $320,000 and a beautiful golden trophy for his victory.