Mike Sexton is the greatest. He is a poker Hall of Fame member and, of course, partypoker Chairman. But his living legend isn’t summarised by statistics or topped up by trophies. It’s a lasting impression of Sexton that will be his legacy. It’s the feeling of warmth that enters a room – any room – with him. This week, that room will be the world-renowned cardroom at the Playground Poker Club in Montreal, where Sexton famously won his WPT Main Event title for CAD$425,980. He’ll be hoping to add to his Canadian dollars this coming week as he returns to the scene of one of his great triumphs and what he sees as the best cardroom in the world.

“You always have a special fondness for places you’ve won. As poker players, you automatically want to go back to where you did well. Montreal now has that feeling for me. If you already have good memories, then it’s a lot of fun.”

“I love playing poker there because I believe that the Playground Poker Cub is the most well-run poker room in the world. I’ve never seen one run better. They’re the most professional dealers of anywhere in the world, bar none. They don’t make many mistakes. They’re very, very well trained before they get in the box.”

Any partypoker qualifiers who have made it to play live at the Playground for the first time have a fantastic experience waiting for them across April and May this year.

“There are a number of amazing things that the Playground Poker Club do. They divide the casino up into a cash game half and a tournament half. When you play a tournament table and a table gets broken, there are two people at that table, the second you leave cleaning every chair and the table itself. It’s fresh to go for the next event. Nobody else does that so quickly. It’s fantastic. They have lights on the back of the chair. One light is for a floor man, one is for a cocktail waitress, one is for chips. When you don’t have to scream across the table ‘Floor man, cocktails!’ in other casinos. Not at the Playground.  All those little things add up to an extremely well-run room. I’ve been everywhere and when you find somewhere that well-run, it’s great.

Being a high roller and passionate cash game player, there is another room that suits Mike Sexton very well and where he’ll be looking to spend some of his time in Montreal.

“They have private rooms for high stakes poker which I really like. You go to your own room, with your own waitress and cashier in there, you don’t have to take a whole bunch of chips across the casino. When you’re back there, nobody knows what you won or lost. I like that aspect of it.” 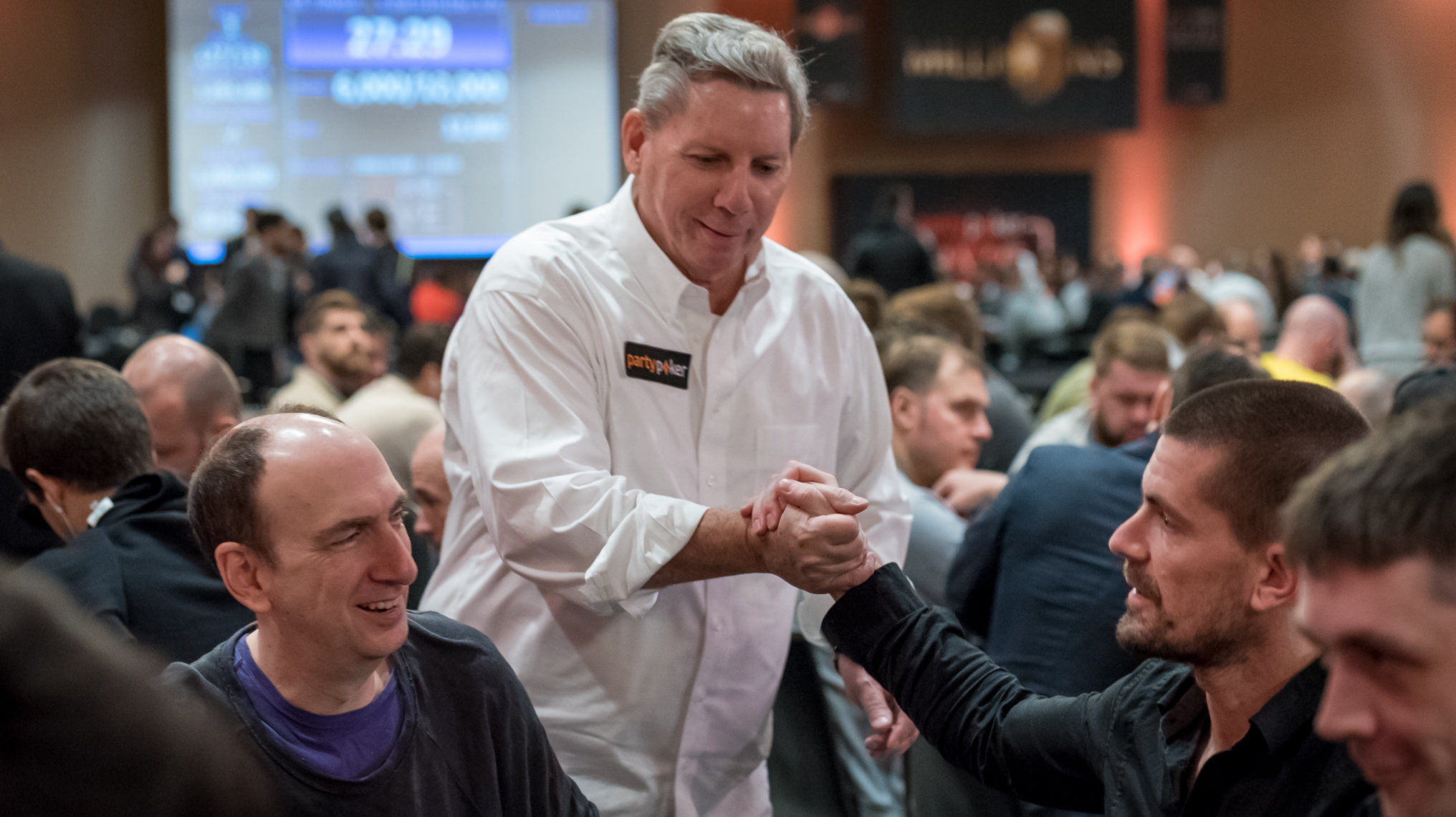 Sexton’s experience of Canada recalls such fondness that it would be easy to forget he took a long time to visit the cardrooms of Canada. Sexton is an all-American hero in many senses. If you don’t know his history, then you might not know that before he ever sat down at a professional poker table, he taught ballroom dancing. Before that, he was in potentially the most dangerous situation of his adult life. He joined the U.S. Army at a time where American troops were in Vietnam.

“I joined up in 1970. I was a gymnast all my life and did flips all my life, so I wanted to jump out of planes. I didn’t know what to do so I joined the army and joined the Airborne. Everyone said I was crazy and that I might have to go to Vietnam, but I thought ‘If I do, I do’. I got assigned to the 82nd Airborne division after I got out of jump school and they’d just returned from their second tour of Vietnam.”

A soldier of distinction, Sexton never went to Vietnam, however, as destiny had other plans for him.

“I never left Fort Bragg when I was in the army. It was a nice gig when I was in it, but had I gone to Vietnam, I may have had a different outlook. I loved the army and came very close to making it a career to tell you the truth. You get close to guys that you go through basic training with. Everyone comes from different backgrounds, but I always believed that everyone out of high school should serve for a couple of years and do some military service. I’ve got good memories.”

Sexton, a sporty child, used his skills for dancing and jumping from more planes than so many in the Airborne Division. Having now reached later life, Sexton is a father, something he became in his seventh decade. He credits the birth of his son Ty as one of the most magical events in his life and enjoys a special bond with his boy.

“I’m so blessed to have had a kid when I was 60 years old. When you have your first child at 60, you are so thankful. It keeps you young; it’s fun and I live vicariously through him. I’m so appreciative of every day.”

If Ty is to ever eclipse his Dad, it might be in the sporting arena. But as Sexton has proved on many occasions, he’s a whizz at many sports, including ping-pong.

“I’d be very happy if [Ty] beats me at ping pong and I know I had so much fun playing it as a kid. It’s always an asset. At some point, he’ll appreciate being a pretty good player. I’d like him to beat me, but it’ll take him a few years to do it! He can already outrun me, and he’ll beat me at basketball soon. It makes me happy to share sports with him.”

Sexton’s love of his life with Ty is a key part of his character that always comes through when you speak with him. He has an ability to connect with the part of you that is cut out for pure enjoyment. It’s a gift that makes him a wonderful father. It also makes him one of the great storytellers in poker. One of the most incredible stories Sexton recounts with that childish sense of glee centers around Stu Ungar, perhaps the most sadly-missed poker player of all-time. It happened, of course, in Las Vegas.

“Stuey called me up one day and wanted to go to Vegas World, which was eventually replaced by the Stratosphere. Vegas World was a casino that a guy called Bob Stupek owned. Stupek liked to play poker and it was the only individually-owned casino in Vegas at the time other than Binions.  Stu and I took a ride down there and met with Bob Stupek. Stu Ungar wanted to play Blackjack, offering to play $5,000 or $10,000 every hand. Stu was banned from planning blackjack almost everywhere in town and Stupek said ‘What do I need your business for? I tell you what I will do. I’ll give you a $10,000 bet'."

Ungar famously had a gambler’s taste for action that was unrivalled by his peers. Stupek, Sexton felt, was always going to be taken up on his bet.

“Stupek said ‘I’ll get a deck of cards, I’ll turn them over one card at a time at 1-2 second intervals and I’ll bet you $10,000 that you can’t tell me the last card in the deck.’ Stuey agreed. Stupek went to get some cards, and Stuey was sitting right across at him. Stuey stares down at the deck of cards. Stupek turns them over one at a time, at 1-2 second intervals as he described. When he got to the bottom, Stuey said ‘The ten of diamonds.’ And it was the ten of diamonds!” 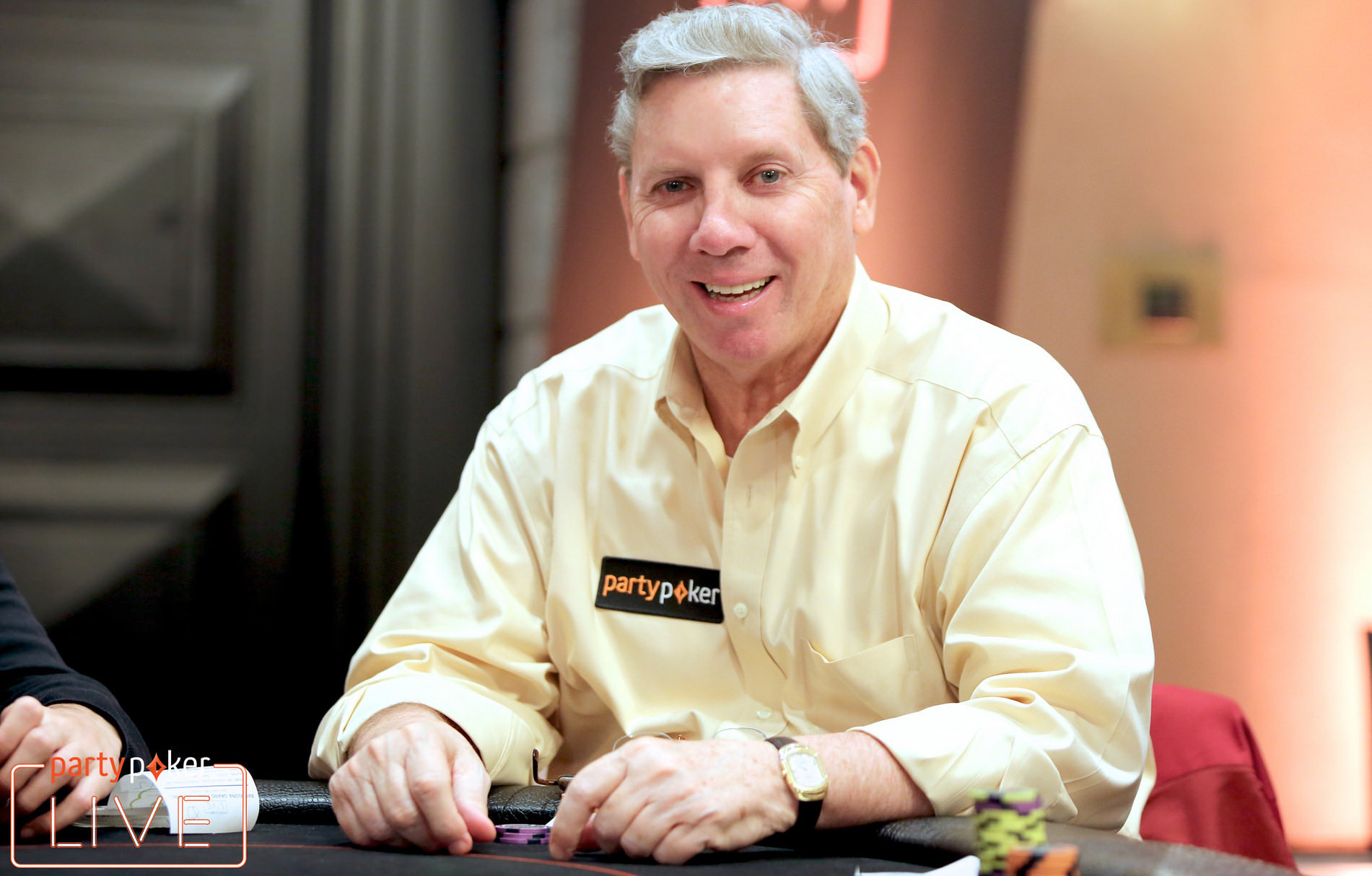 “Stupek shouted ‘That’s it! You’ll never play a hand of blackjack here as long as you live!’ I was so wowed by it, I couldn’t believe it. Stuey collected the $10,000 and as we were leaving the casino I said to Stuey, “Wow, that’s the most amazing thing I’ve ever seen!’ he turned to me and said ‘Mike, you know, really it wasn’t that hard.’ I said ‘It wasn’t that hard? What are you talking about?!’"

Ungar found the impossible easy. He made reading a poker player look like reading a child’s storybook. And, as Sexton explains, Ungar had a method to his incredible feat at Vegas World.

“He said ‘Here’s all you have to do. You give every card in the deck a unique number. For example, the ace of clubs is one. The ace of diamonds is two, the ace of hearts is three, the ace of spades is four, the deuce of clubs is five and, of course, the king of spades is 52. You add all those numbers up and it totals 1,378. All you have to do is to subtract the value of each card he turns over from 1,378 and all the way down the deck and at the end, the number happened to be 38. That was the ten of diamonds. He said if it was 52, it would have been the king of spades.’”

Wow. Note to self: Buy a deck of cards and practice for impressing the family at Thanksgiving.

“I hear it all the time about how sharp young guys are and Stu Ungar, above all of them, had the greatest reading ability and aggression of any poker player I’d ever seen. He had a photographic memory, a genius IQ and I wonder if any players today could do what he did. He was the greatest No Limit Hold'em player of all-time and he always will be.”

That’s Mike Sexton. He may call others great, but when he enters a cardroom, you realise that it’s been him who’s the greatest all along. The partypoker Chairman will be back at the felt at the Playground this week and there’s still time for you to join him in Montreal.

Parts of this interview first featured exclusively in Casino World Magazine. To look at their magazine archive or buy their latest issue, head here!