Ever wondered what it would be like to play in the World Series of Poker Main Event? To experience the dizzying nerves, the child-like excitement, the pure thrill of playing in the biggest, best, most prestigious tournament in the game? Mathijs Jonkers has. It’s been his dream for a while now. And this summer, he’ll get to live his dream for the first time.

And the best part is, you’ll get to experience it with him. Every unbearably tense, giddily exciting step of the way, from arrivals to the departures lounge, whether it all ends in the very first hand or with him lifting that gold bracelet high…

That’s because My partypoker LIVE will be bringing you Mathijs Jonkers’s World Series of Poker Diary. Every few days, he’ll be sharing the highs, the lows, the player parties, the elation and the heartbreak of a poker player living his dream of being out in Vegas and playing in their first ever WSOP Main Event. So, who is Mathijs Jonkers?

Well, in his own words: “My name is Mathijs Jonkers, born on the 23rd of June 1990 in Ermelo, a small town in The Netherlands. As you can read in the autobiography of Phil Hellmuth, he was really in to playing games. It doesn’t matter which game. He wanted to win. Well, I was the same. Except that I wasn’t totally mad when I lost. But I always had the attention to a game and thought more about the strategy in games than other people did.” 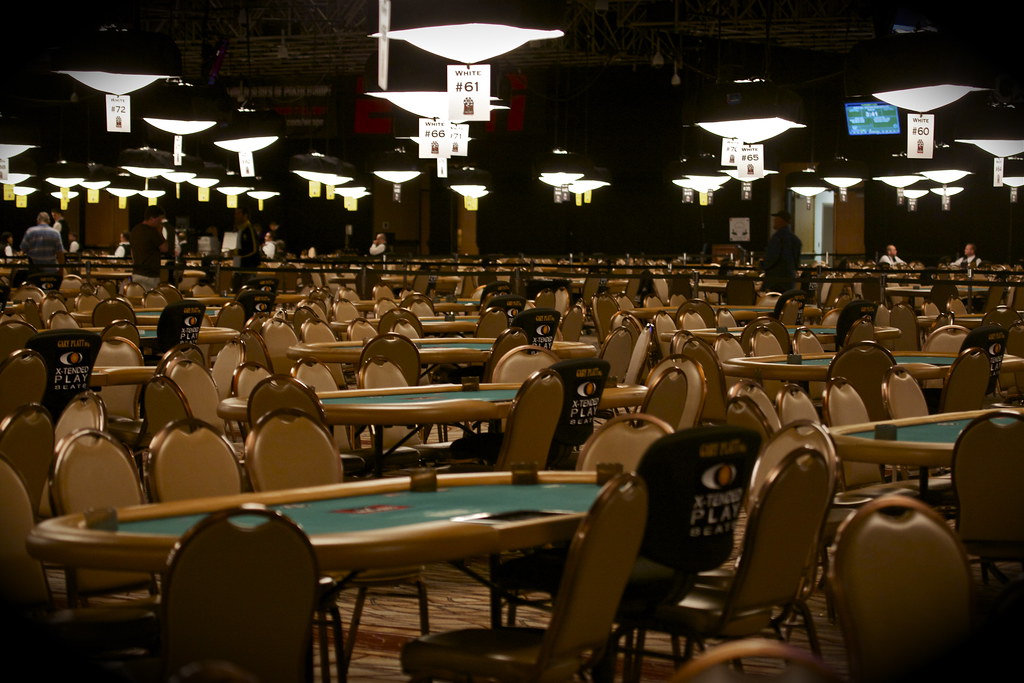 Jonkers was a talented goalkeeper in his younger years, playing at the highest amateur level of football in the Netherlands. One beautiful game led to another, as Mathijs got his introduction to poker when his team-mates started playing in the club canteen. Jonkers, like many of us, wanted to beat his friends at anything and everything, and quickly set about learning as much as he could about this new, exciting game. Needless to say, he soon starting winning. When he turned eighteen, he began playing online.

The first site Jonkers played on was partypoker (great taste, Mathijs!) and he soon became a winning player. When he turned 19, he went to university to study Sports Management and Marketing, whilst continuing to play online. His online poker hobby started to become pretty lucrative, and he started making enough money through poker to pay the bills, buy a car and go on a nice all-in holiday with his girlfriend each summer.

Mathijs graduated in 2013 aged 23 and got a part-time job, playing poker the rest of the time, before his girlfriend was given the chance to do an internship in Curacao, a Dutch Caribbean island. Mathijs unsurprisingly opted to join her in the Caribbean, and planned to grind online full-time. It was only when he got to Curacao that he discovered that the time zone didn’t really suit constantly grinding tournaments, and the terrible WiFi at their apartment made playing online a nightmare.

The young Dutchman got a job at a beach club, but quit after two weeks when he realised that there was a very juicy $2/$5 daily cash game at the local casino. How juicy? Well, on the first night Jonkers took a single buy-in of $500, and three hours later was sitting with well over $2,000. He won at each of his next six sessions, and decided it would probably be more fun to play poker three times a week in a ridiculously soft cash game than work full-time as a server at a beach club. During his stay in Curacao, playing in the game a few times a week was more than enough to make good money and have a great time with his girlfriend.

After six months in the Caribbean, he returned to the Netherlands and got a part-time job as an adviser to sports clubs, helping them with marketing, volunteer policies and social themes. As it was only part-time, Mathijs was able to start a company with his brother-in-law, which harnessed both men’s passion for poker. Initially, the idea was that the company would organise poker workshops for companies and parties, but Mathijs and his brother-in-law soon started the Open Dutch Championship of Poker. The Championship was a bar poker league, and gave recreational players in the Netherlands the opportunity to play in tournaments, as there was no place for them to do so before.

The idea proved wildly popular, and the first season of the Championship in 2015 got 4,500 entrants from across the Netherlands. The Open Dutch Championship has gone from strength to strength, and the latest season (its fourth) had a whopping 9,000 entries. 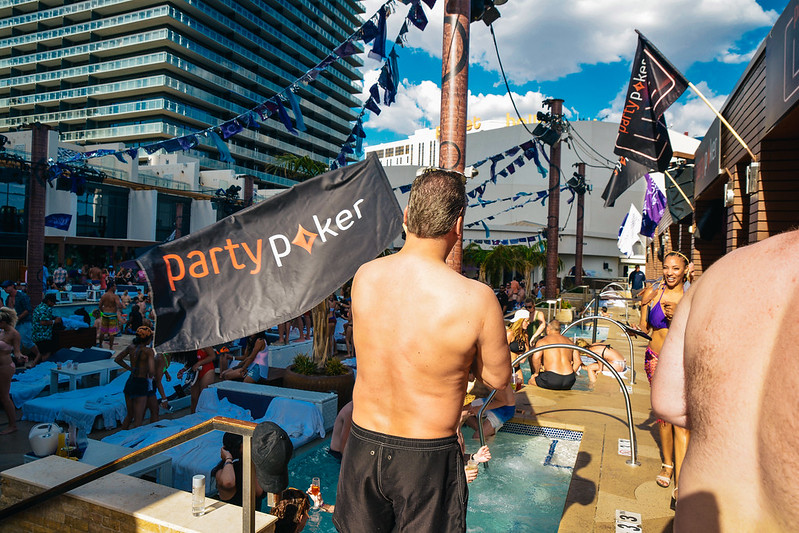 After coming back from Curacao, Jonkers began to play in more live tournaments, and started feeling confident enough in his game to take a few shots at high buy-in events, such as at the partypoker LIVE Caribbean Poker Party in November last year and the £2,500 buy-in event at the partypoker MILLIONS at Dusk Till Dawn, though without much success. The one tournament Mathijs always wanted to play, however, was the big one: The World Series of Poker Main Event.

While his Main Event dream was on hold, he decided last year that the WSOP Europe Main Event was an adequate substitute. This was the moment. This was what his poker career had been building up to. Making the decision to take the biggest shot of his career turned out to be one of the best of his life.

Mathijs always likes to have fun at the table, and plays his best poker when he’s comfortable. Thankfully, that was the case on Day 1 of the Main Event, which was being played at the King's Casino in Rozvadov, and he managed to double his stack. Day 2, despite Mathijs being at a tough table including Niall Farrell and Thomas Mühlöcker, bought more of the same, and Jonkers chipped up to two and a half times the average. He began to hope for a min-cash, which would have been a huge deal for him considering it was a €10K event in which he'd taken the biggest shot of his life. He finished Day 2 12th in chips, with 135 players left. 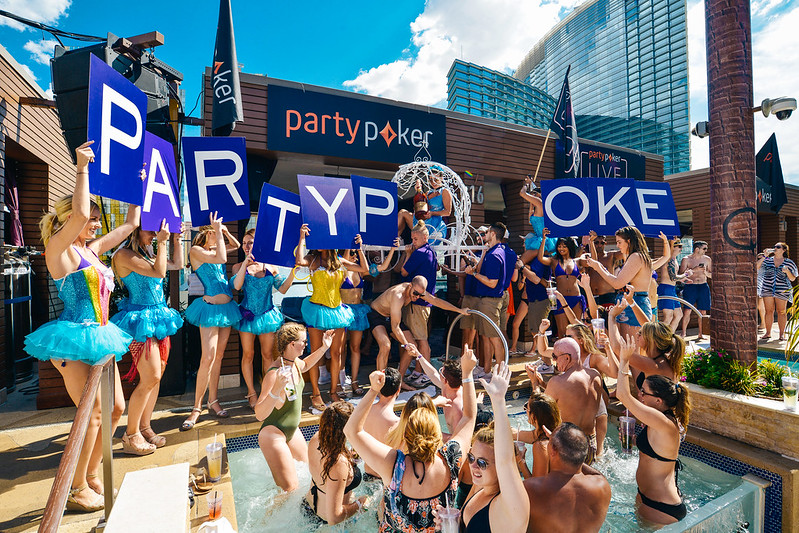 Jonkers knew the bubble would burst on Day 3, which cranked up the tension he was feeling to almost unbearable levels. Thankfully, he managed to remain calm, which was helped by having the entertaining Parker ‘tonkaaaap’ Talbot chatting away at his table, which helped to dissipate some of the tension. He managed to cruise through the bubble without any dramas, before chipping up again to finish the day 13th in the chipcounts.

Mathijs had a dream start to Day 4, winning a huge flip for almost his entire stack with ace-king against Mike Leah’s queens. Then, with 21 players left, an opponent bluffed off his whole stack into Mathijs’ full house, giving him the overall chip lead. At the end of the day there were just 17 still in, and Mathijs’s excitement was growing. The next day, he managed to chip up comfortably, avoiding any all-in situations (Phil Hellmuth would be proud) and finally arrived at the final table with a decent number of chips. When the day finished, just five players stood between Mathijs and the WSOP Europe Main Event title, and the €1,115,207 that came with it. Was Mathijs about to become a poker millionaire?

The stacked final six included American superstar Maria Ho, tournament supremo Niall ‘Firaldo’ Farrell, and talented Italian Gianluca Speranza. That didn’t phase Mathijs, however, and he managed to survive to the final three after Ho and Farrell were knocked out in the same hand, and stubborn Englishman Robert Bickley finally busted in fourth. He battled back and forth with Speranza and Spanish player Marti de Torres for a long time, with the chip lead changing hands multiple times, before finally succumbing in third place after running ace-seven into Speranza’s ace-ten.

Jonkers was delighted with his deep run, which not only secured him by far the biggest cash of his life (€476,585), but also made quite a splash back in his native Netherlands. 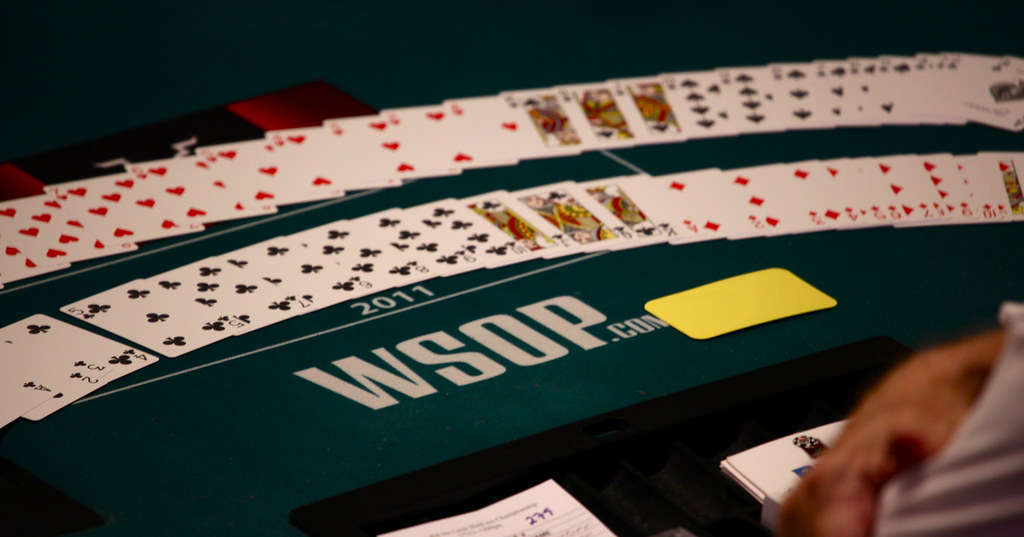 “Later that day I noticed how much impact this deep run had in the Netherlands. National newspapers and television programs contacted me. I was on one the best talk shows of the Netherlands on the Monday after the Main Event, and I was interviewed a lot.

“During the time I was in Rozvadov I never felt that so many people were following me. It was amazing. After my deep run, I decided to take it easy for a while. This was by far my biggest cash ever, and I wanted to do smart things with the money.”

Mathijs returned to playing smaller events, and enjoyed further success back in Rozvadov in the Dutch Classic in January, when he finished seventh in a €195 buy-in tournament for €9,456.

But the time for smaller events is over. It’s time for Mathijs to finally take his shot at poker immortality. Eight million dollars wouldn’t be bad either. He’ll be playing the World Series of Poker Main Event this summer.

We can’t wait to experience it all with him.