With a glorious week at the MILLIONS Grand Final in Barcelona fresh in his memory, we sat down with partypoker LIVE President John Duthie for the lowdown on the conclusion to Season 1 of the partypoker LIVE MILLIONS tour. He had plenty to say, including a very tasty morsel of news about an exciting new addition to what’s coming in MILLIONS Season 2.

“Barcelona was incredible. We nearly smashed €30 million over the festival, which is just ridiculous given it’s our first Grand Final. It was amazing.”

With a €23,000,000 guaranteed prize-pool across nine tournaments before the festival, the numbers attained were bigger than even the ambitious Duthie might have imagined.

“I’m delighted. We’ve achieved more than we could have hoped for in our first season. The main thing has been the support of the poker community. That’s vital. It’s so important to me personally that players are coming to our events, supporting us and helping us. We’ve signed up some of the players who have the most integrity in the game like Ike Haxton, Jason Koon, Elky and obviously Patrick Leonard. These are huge names who are helping us to mould the tour and the site into something that the players want.

Many would be surprised by the speed of how quickly partypoker LIVE has scaled up and been backed by the biggest indicator of approval in the business – the number of players who turn up at major events. But is John Duthie surprised? 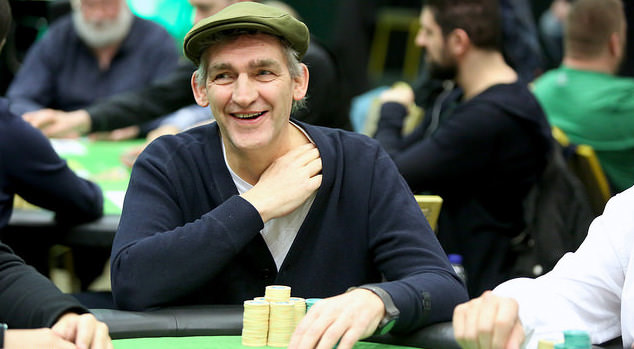 “Not really. I think players wanted options. They don’t really have any other options at the high level, with large buy-in, large guarantee tournaments. I think players wanted options and we’ve provided them with the choice. That’s what great about competition. Once you give players a choice and your product is better than your competitor's product, then hopefully, people will choose you.”

Many of the players who arrived in the Catalan capital weren’t known to Duthie from previous stops, and that’s one of the most pleasing aspects of it all to the enigmatic President of partypoker LIVE.

“It’s crazy. What’s great is that the make-up of the players was really fascinating. It was very Euro-focused, which was incredible given that we managed to make those guarantees. The Main Event had a wonderful spread of nationalities across it. I really like the fact that the message is getting out there, not just to an English-speaking audience, but getting everywhere. A lot of players I didn’t recognise. Beforehand, I might have known most players, but now it’s a whole new bunch of players coming and playing. They’re all obviously very good.”

The high roller events did, however, feature plenty of American players. With so many big names in Barcelona, the partypoker LIVE team were able to tweak the tournaments to suit the players.

“We were all allowed to vote on [changes] there and then and it was a change that was made immediately. The feedback came from the high roller players. It was changed in accordance with what they wanted. All these things are going to be tweaked between tournaments. It has to be from a group of players, not just one. But that’s what was so good about the high rollers in Barcelona - there were a lot of them all there at the same time. The first hand I played, I got a one-round penalty! I just called with the nuts, and I had forgotten that you can’t just call with the nuts, you have to play the hand. So that was quite amusing! Overall, the festival went really well. We were so pleased with it. We recognise that there are changes that need to be made, small things, details, such as chairs and food, which we’re going to look into. We’ll tweak things and make it better and better.”

That goes for the tournament as a whole from the players perspective, but from Duthie’s own experience, how did it feel to cash in the only tournament he played, the High Roller at the close of the tournament?

“I always had it in my sights. Being able to look at the Shot Clock in action first-hand was great; it seemed to work really well and players like it. I think, personally, that we could make it even shorter, 15 seconds pre-flop, then switch to 30 seconds, but I’ll talk to Simon [Trumper]. Players really like the button ante, everybody really likes the Shot Clock. There were a couple of issues with players thinking we had too many rebuys, so we’ll probably change that in time. We’ve already had loads of feedback about the structure. We might tweak the first level to be an hour instead of 45 minutes. We might limit the numbers of rebuys people can have to either one rebuy or one a day. These are all good things we need to get out there. At the end of the day, it doesn’t show indecision, it shows flexibility. We’re being responsive to requests and this is the crucial thing. We’re all there on site and that means we can respond very quickly.”

Not only have partypoker received great feedback from the players, but is one of the biggest positive just how strong the poker ecosystem is in terms of live attendances in general?

“Definitely. Players prefer to play live, they like the experience of live [poker]. Obviously, the location was significant; everyone knows that Barcelona is a very popular venue. That obviously helps a great deal, but I believe that were we to hold it somewhere else, it would be equally popular, the players would still come. I just think it was remarkable.”

There are, of course, so many spectacular stops to come in MILLIONS Season 2. These include the jewel in the crown of the schedule, the amazing Caribbean Poker Party, which this year comes to the Baha Mar resort, appropriately enough in the Bahamas. As well as the Main Event and side events galore, there’ll be a very special event – MILLIONS World. With a $10,000,000 guarantee and $25,500 entry, there are sure to be players from all over the world flocking to fight for such a prestigious title. But as Duthie explains, one of the great positives is that there’ll be several people there who won’t have paid the full buy-in.

“The crucial thing about the MILLIONS World event is that we’ve been given enough lead-in time to have 50% of the field qualify online. If you’re guaranteeing $10 million on a $25k buy-in, then you need players, so a lot of the players are going to be qualifiers. It’s incredible that you’re going to be able to qualify for a high stakes tournament at the amazing venue of Baha Mar. The whole festival will be incredible. You’ve got three different hotels there, amazing swimming pools and a wonderful cardroom. I’ve been to a couple of times now and each time I go I love it. Everything is brand new, it was finished last November.”

For many years, of course, players have travelled not just to the Caribbean, but specifically the Bahamas. Atlantis, a long-time poker resort, has been eclipsed in terms of size and scale.

“A lot of people will come to the Bahamas. Atlantis a little bit tired now. I’ve been there a number of times, and it’s starting to get a bit tired and sad. It’s just perfect for us to nip into the newest venue on the island. It takes about 40 minutes to get to Atlantis from the airport, but Baha Mar is five minutes away. It has a Jack Nicklaus-designed golf course. It’s amazing, really incredible. I don’t know how they keep the fairways and greens so immaculate, it’s a Championship course.”

Coverage of MILLIONS Season 2 begins in Montreal of course, with this fortnight’s MILLIONS North America. It’s over to the Chairman and the dream commentary team to bring us all the action, and it turns out Duthie is as much a fan of the broadcast as he is orchestrator. 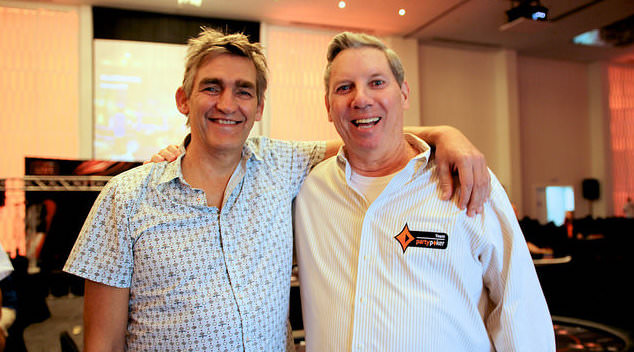 “Mike Sexton and the team will be in Montreal and MILLIONS North America will be an incredibly successful event – I’ll be watching it! It’s not just the content but the quality of the production. Sharehand have invested a huge amount of money in all the equipment and they have great talent. We’re really lucky to have them working with us. I love James [Dempsey’s] commentary in particular. He’s humble enough to listen to people who have even more knowledge than he does, such as Jack Sinclair. I particularly like listening to him and Jack talking about hands and the depth of the thought process compared to mine, for instance! Which is much more limited. I really love Marianela and what she’s bringing to the tour; she’s very natural and has a very personable approach."

Both partypoker LIVE President Duthie and partypoker Chairman Mike Sexton took time out from the felt in Barcelona to discuss all matters MILLIONS. It turned out to be quite a revealing glimpse into exactly how the event was such a success.

Season 2 may be underway, but there’s at least one surprise coming for poker players and fans…. very soon.

“We’re going to be announcing one very new and incredible venue in Season Two which people will be really delighted with. It’s an amazing venue in an amazing country. But I can’t really say much more.”

We’ll just have to stay tuned to find out where that is. Until then, you can follow all the action from Montreal’s legendary Playground Casino right here.