Does Karma Exist in Poker?

It's been a big week in poker, even by the World Series of Poker's standards. While Joe Cada was the biggest name who made it to a Main Event final table eventually won by John Cynn, there was something else going on at the Rio. Something that had happened 14 times before, but which almost never ceases to amaze players and fans alike.

Phil 'Poker Brat' Hellmuth won a WSOP Bracelet. Again. Hellmuth's record-extending 15th bracelet, earning him $485,082, came in Event #71 and after a string of whiffs all summer for the Las Vegas resident. Taking part in the $5,000 No-Limit Holdem event, which featured 30-minute levels gave Hellmuth a shot at history in a turbo variant and he didn't pass up the opportunity. The all-time WSOP bracelet leader did it again. Just another victory in a game he has mastered since 1989? A fortunate victory against more skilful opponents that he was able to usurp with the aid of a faster format?

But was there something else at play?

Just days earlier, Hellmuth's Main Event had ended, but not before some serious controversy. Spilling his guts in a hand while multi-way and influencing another player's action, Helmuth's outburst meant that a relatively inexperienced rival, James Campbell, was busted in horrible circumstances, and the firefighter was understandably disappointed. Hellmuth was castigated by all and sundry, with players such as Ike Haxton, Justin Bonomo and even Erik Seidel taking to social media to decry the latest misstep in the chequered poker career of the Poker Brat.

In the morning, Hellmuth put out this single tweet:

This was met by widespread praise by members of the poker community. For years, while Hellmuth's achievements have been respected by media groups and fans, recreational players and high rolling rivals, there has also been a sense that he can often behave outside the boundaries created by the community within which he so often thrives. It is an industry which undoubtedly owes Hellmuth a lot, but the reverse is also true.

The player at the center of Hellmuth's hurricane-like squall at the felt, James Campbell, very swiftly accepted the apology and gesture:

Apology accepted, Hellmuth bought Campbell into next year's Main Event as promised, then proceeded to play the turbo WSOP event he went on to win. Did the good Karma brought by his apology pay him back with success? Or are both the apology and the subsequent WSOP bracelet-winning victory simply unrelated events strung loosely together by coincidnece and nothing more?

Maybe the truth is, as it so often is in poker, somewhere in between.

While players of all levels will spend some of their formative years cursing the 'Poker Gods' or blaming bad beats for their pain, anyone who moves through the correctional stages of tilt will understand that a positive mental attitude breeds a mindset that is more conducive to success. Was Hellmuth's apology an attempt at 'buying' karma? If so, there may be some logic in it whether there is such a thing as karma or not?

For years, players have believed that whatever they do or rather how they act is earning some kind of karmic return. 'What you give is what you get' (or "You Get What You Give" if you were a teenager in the 1990's) has a power at the poker table and away from it. Whether it is through religion, probability or karma, the notion that we are all eventually getting what we are owed by our actions manifests itself as a belief in billions of us.

If Karma is true, then Phil Hellmuth could have been attempting to curry favour with his apology and $10,000 gesture. If not, could the more powerful positivity he created by attempting to atone for his error of judgement have been even more valuable? The action of earning good karma could have influenced Hellmuth to be in a more positive mindset at the next table he joined. Is it a coincidence that he had missed out on any bracelet chances in his WSOP until he made the gesture? 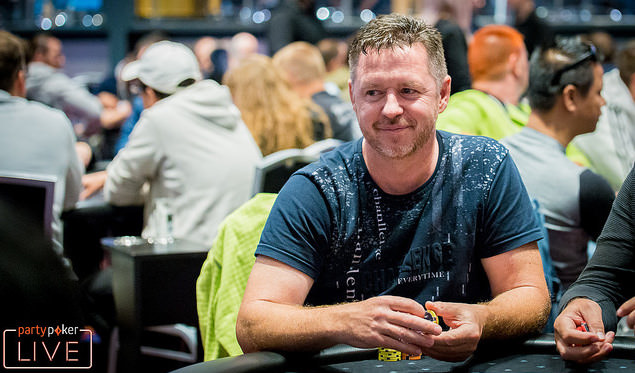 The actions you display to other players at the poker table will be picked up on. We often rate these in terms of bluffing, hero-calling or applying pressure to opponents. But there could be more value in how you carry yourself and how you treat others than simply being a decent person. Perception is a fickle emotion, it comes and goes like pocket aces in an MTT. If you have a poor attitude to your hole-cards, it can often feel like you're not getting any cards. How many times have you felt like you're card dead only for that feeling to get worse, and turn from one hour to three at the begging bowl? Alternatively, if you can make the best of less-than-premium holdings, then you may find yourself 'rewarded' with better starting hands almost immediately.

Play poker with a winning, positive mentality and you'll assume that role. If you think you'll get lucky, then that river will favour you. If you fear the river, you'll be drowned. What goes around in poker, really can come back around to you. It's not a coincidence, and maybe nor is it karma, but it's is a possible that positivity is a direct influence on your fortunes.

After all, it has been from Phil Hellmuth. 15 times.