CPP: What Are the Stars Excited About?

With the glorious MILLIONS UK in the rear view mirror, the upcoming Caribbean Poker Party seems closer than ever. And boy, it's going to be spectacular!

Millions of dollars guaranteed, a drop-dead gorgeous venue, and enough ridiculously fun off-the-felt activities planned to make a lifetime of memories, it’s hard to know what to be most excited about.

That’s why we’ve asked a collection of the superstars, celebrities and VIPs who’ve already confirmed that they’ll be in the Bahamas what they’re most looking forward to about the CPP (apart from the red-hot poker action, of course!):

Team partypoker’s Phil Gruissem can’t wait to strut his funky stuff on the beach volleyball court. The affable German has crushed high rollers as part of a formidable group of German pros over the last several years, so should also be looking forward to the $10M GTD MILLIONS World tournament and the $250,000 Super High Roller Championships!

Gruissem is noted for his fearlessness and creative post-flop play, the thirty-one-year-old has enjoyed incredible live and online success. In his standout year, 2013, Philipp won two High Roller events within the space of 19 days. Both earned him million dollar plus paydays. 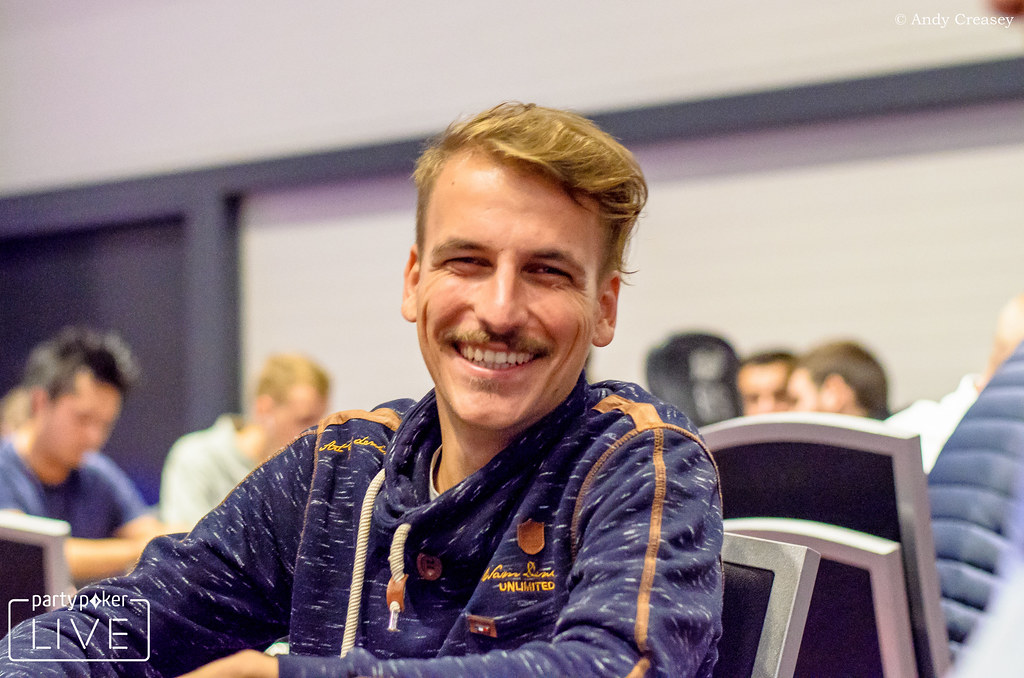 Timothy Adams, meanwhile, is looking forward to sampling the delights of the new Caribbean Poker Party venue, the ultra-luxurious Baha Mar resort. The Canadian superstar said: “I think most of the guys are looking forward to checking out the new hotel in the Bahamas. So many of us are used to the Atlantis that going somewhere new is really exciting!”

Tim0thee has over $9.7M in live tournament earnings and currently sits at number 40 in the Global Poker Index, which ranks the best live tournament players in the world. With the Baha Mar said to provide ‘unmatched luxury in authentic Bahamian leisure, featuring activities, cuisine and beauty that can give you the getaway of your dreams’, we’d say he’s right to be excited! 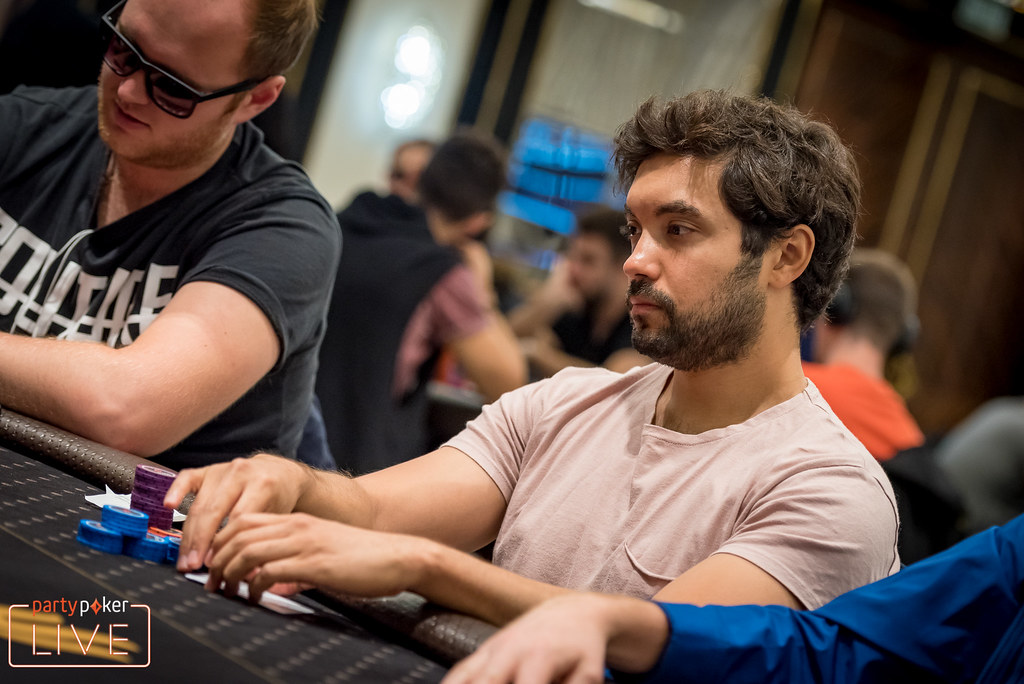 German wunderkind Fedor Holz is eager to show that he’s also got the X-Factor away from the tables, as he’s most excited about taking the mic and rocking the karaoke stage out in the Bahamas. After his, ahem, ‘rousing’ rendition of ‘Teenage Dirtbag’ at last year’s event, he’ll have to forgive his fellow players if they don’t quite share his enthusiasm! To be fair, the karaoke at MILLIONS events always does descend into hilarity, so make sure you catch Holz and the rest belting out their favourite numbers- coming to a Bahamian stage near you! Just make sure you pack earplugs...

One of the most feared players in the game, Holz has a stunning record and sits fourth on the All Time Money list at just 25 with $32.5 million in live tournament cashes. It’s all a far cry from how Holz started his career- as the consistent loser at his friends $0.01/$0.02 home game. Employing cutting-edge techniques such as mental visualisation, and paying particular attention to mental well-being, how Holz plays the game represents a tectonic shift in the modern approach towards poker. 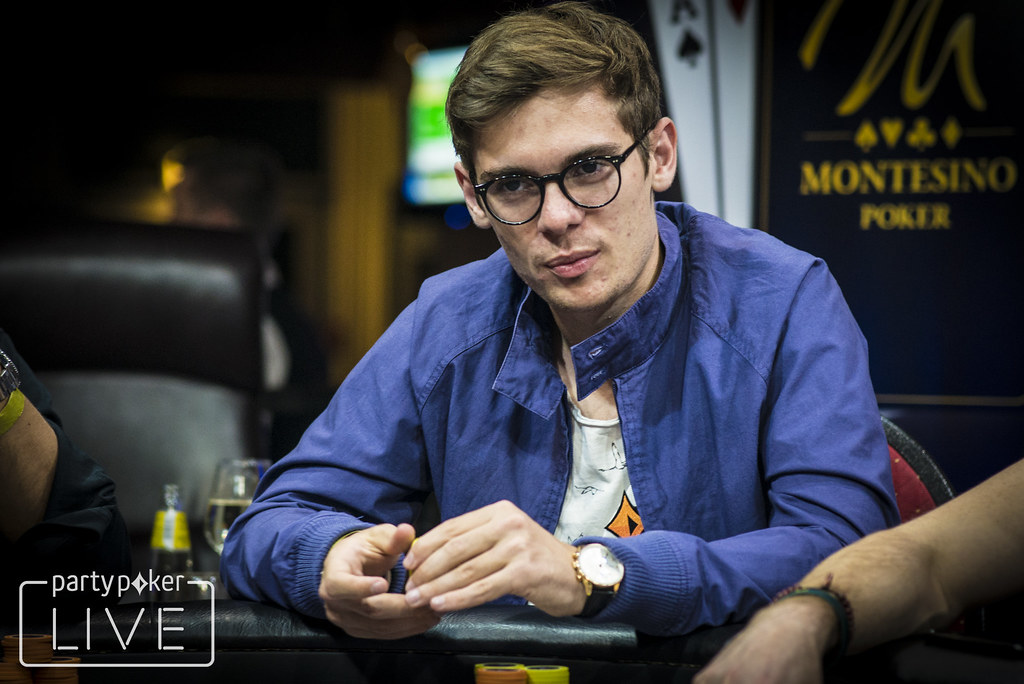 Bruno Fitoussi can’t wait to work on his short game out in the Bahamas, as he is most looking forward to the golf. Last time at the CPP there was a golf day arranged for players, and their will be something similar in 2018. The front nine at the Baha Mar Royal Blue golf course features dramatic views of undulating fairways, rolling white sand dunes, and the turquoise waters of the Atlantic, while the back nine incorporates limestone “moonscapes,” elevation changes, and a dense jungle environment. A challenge for even the most avid of golfers. As American golf fans like to say, GET IN THE HOLE!

Fitoussi picked up his first ever set of hole cards back in 1977. Playing for matchsticks with friends at college, the Frenchman cut his poker teeth on variations of Single Draw Lowball, laying the foundations for the versatile all-round player he would later become. Bruno currently has just shy of $3M in live tournament winnings to his name in a long and hugely successful career dating back to 1991. 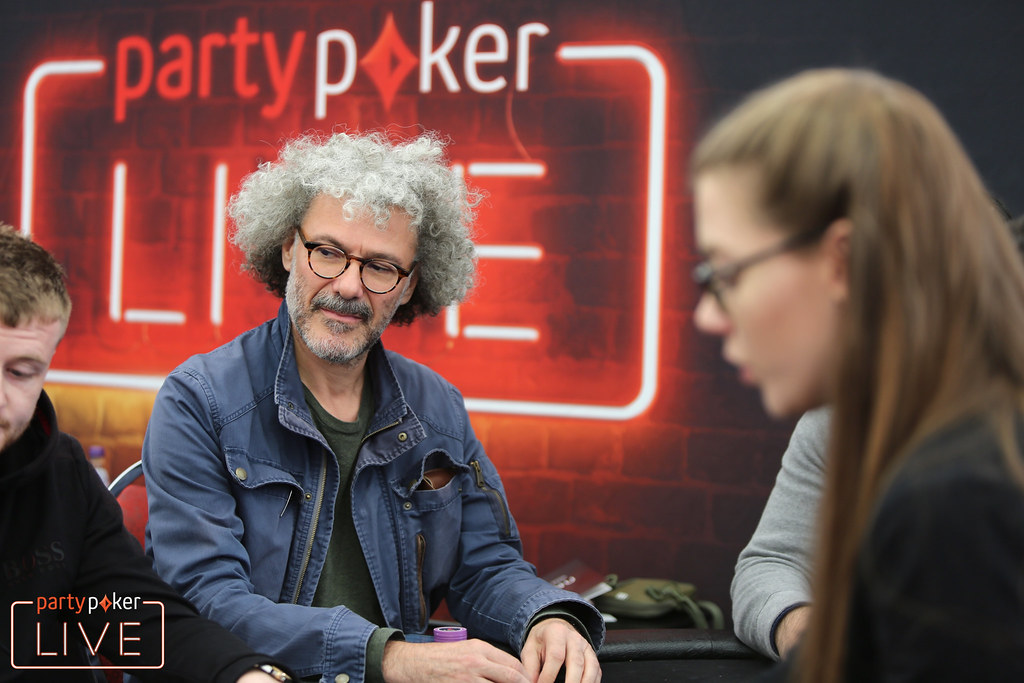 Team partypoker superstar Isaac Haxton clearly likes to travel in style, as he is excited at the prospect of a private jet straight from Vegas to the Bahamas. Those on the private jet will be living the high life up among the clouds, and will be whisked to the Baha Mar in style. Luxury travel, maximum convenience, a beautiful destination…does anyone else want to be Isaac Haxton?

The New Yorker has amassed over $19.5 million in tournament winnings, including a $2.5 million score at the 2014 Aussie Millions – not bad for a cash game specialist! Haxton is extremely thoughtful and analytical is his approach to poker. Often seen as a heads-up specialist, Haxton regards this as the purest form of the game. Let’s hope he can show off his heads-up skills in the Super High Roller Championships or MILLIONS World... 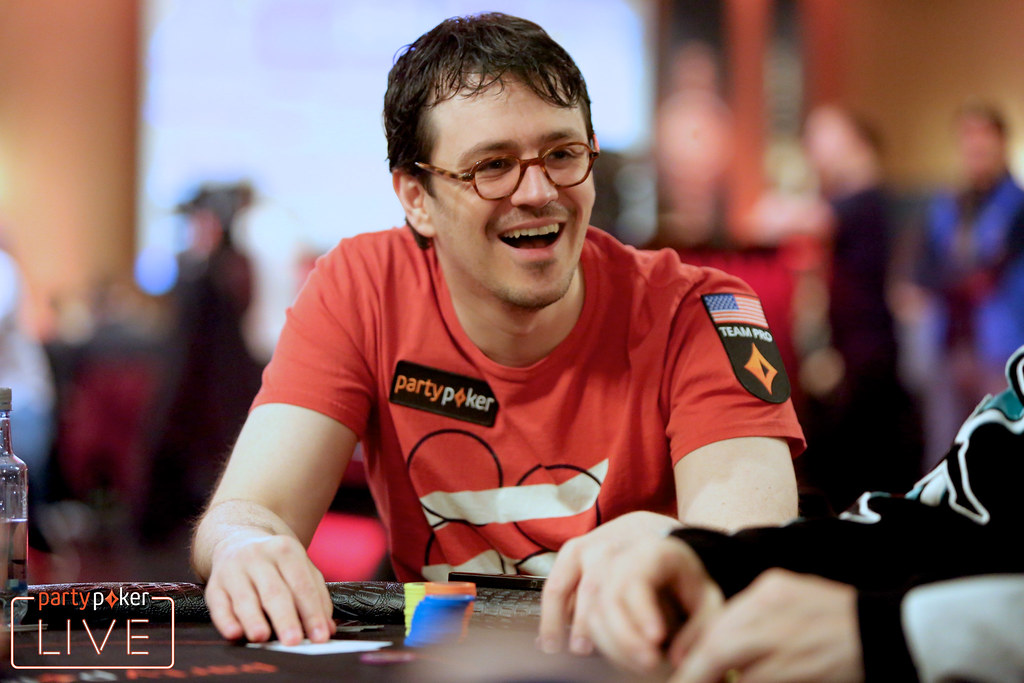 Leon Tsoukernik will also be heading out to the Baha Mar to show what he can do at the poker table. The owner of the hugely popular and successful King’s Casino, Tsoukernik will need a break after helping put on the huge WSOP Europe event at King’s, which finishes shortly before the CPP gets under way. Tsoukernik is most looking forward to the gargantuan $250,000 buy-in Super High Roller Championships event.

Tsoukernik is a Czech entrepreneur and hugely successful businessman who loves taking on the best at the tables. He’s racked up over $3.2M in live tournament earnings, and sits fourth on the Czech All Time Money list. 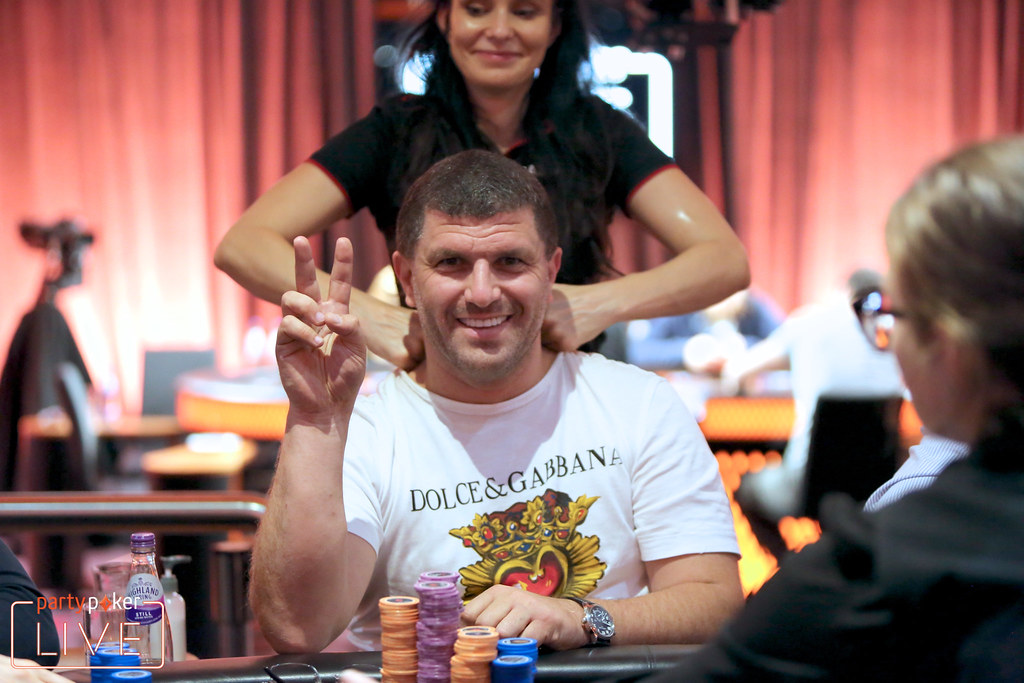 Manig Loeser is absolutely thrilled at the prospect of heading to the CPP, saying: "The Caribbean Poker Party will surely be one of the most fun trips ever, I love the Caribbean and already have great memories from past years, but the new location at Baha Mar looks even nicer than the other ones I’ve been to. The combination of amazing friends, beach, outdoor activities, parties and a little poker is very tough to beat - can’t wait!"

Loeser has one of the most impressive CV's in the game, and is ranked 35th on the Global Poker Index. The German has just a shade under $8M in live tournament earnings, and is no stranger to the payout desk at MILLIONS events, having picked up more than ten cashes on the prestigious partypoker LIVE tour. 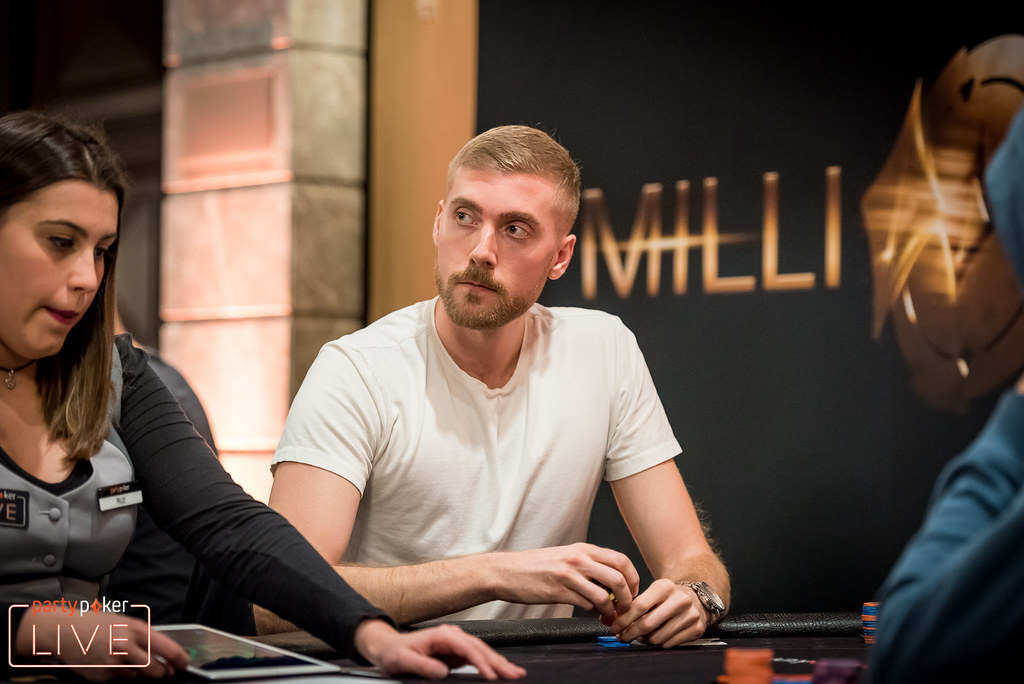 There’s a stellar list of other players who will also be in the Bahamas for the CPP, including Sam Trickett, Kristen Bicknell, Niall Farrell, Bertrand ‘ElkY’ Grospellier, Sam Greenwood, Jason Koon, Bryn Kenney, Jonathan Little, and many more!

Best of all, you can still join them at the Baha Mar, with satellites running now on partypoker.