Can anyone stop Luis Schneider? That’s the question for the rest of the field ahead of the Grand Prix Mini Galway, which kicks off today at the Galway Bay Hotel. The Irishman has stormed to victory in two of the last three Grand Prix events that he’s played and will be looking to make it a sensational hat-trick in the €50,000 guaranteed Grand Prix Mini event.

Schneider seems to just have the knack for the partypoker Grand Prix events. Back in February, the talented Irishman took home €11,700 for his victory in the Grand Prix Mini event in Athlone, which saw 796 players pony up the €120 buy-in. None of them were able to beat Schneider. He made a three-way deal with fellow Irish players Gerard Keenan and Emmet Scott, who took home €12,500 and €8,800 respectively.

The victory was Schneider’s biggest cash to date at the time, and was also his first live tournament victory. He had form in the Grand Prix events even before his breakthrough live win, though, finishing fifth in the partypoker LIVE Grand Prix Dublin in January for €5,000. He backed the Athlone victory up with another deep Grand Prix run, this time exiting the Grand Prix Irish Open in 19th, banking another €2,000. 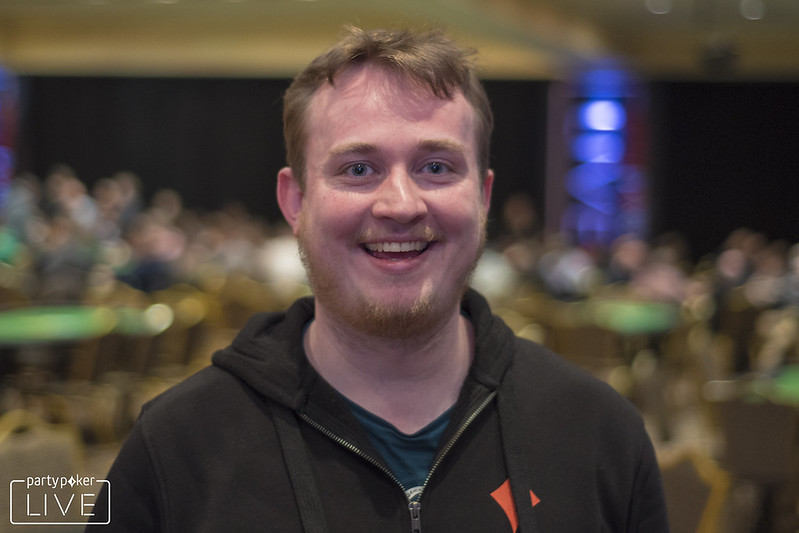 He continued his extraordinary run of success on the Grand Prix tour a few short weeks ago, when he emerged victorious at the Grand Prix Mini Dublin. The tournament itself was an absolute triumph, with no less than 1,184 runners taking to the felt, a field size which crushed the huge €100,000 guarantee. A total of 121 players made the money, including Schneider, but that wasn’t enough for the Irishman, as he made it all the way to the final table once more.

It was a tough battle at the final table, with Dermot Malone, Darren Wilson, Robbie McCormack, Eugene Barbaros, and Karol Wojciechowski all busting before a three-way deal was made. John Harkin took home €15,900 for third, before Schneider won a tense heads-up battle with Janis Jeszek, who earned €12,000 for second. Incredibly, Schneider found himself the last man standing yet again. Surely he won’t be able to make it three titles in four months in Galway this weekend?

Grand Prix Mini Galway is taking place at the charming Galway Bay Hotel on The Promenade in the picturesque harbour city. Grand Prix events always combine small buy-ins- €120 in this case- with huge guarantees, and this one is no different, with a massive €50,000 guaranteed prize pool up for grabs. The eventual champion will take home at least €10,000, which is not a bad return on their €120 investment! 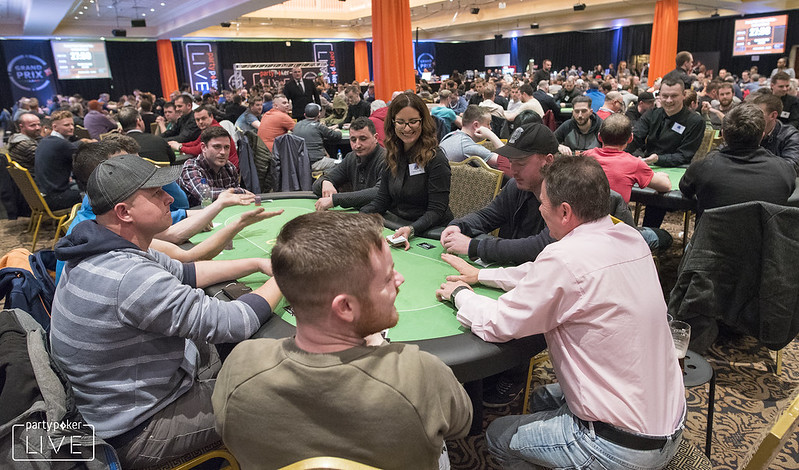 Two online Day 1s are already in the books, with the first of three live Day 1s kicking off today at 18:00. Day 1A will have 15-minute levels. On Saturday, Day 1B and 1C will get under way, with 1B featuring a 30-minute clock and the turbo Day 1C having just 20 minute levels, before all the Day 1 survivors come together for the big finale on Sunday, Day 2, when the tournament will play down to a champion.

It’s an incredible achievement to win two Grand Prix tournaments in just three months, especially when they had such huge fields of 796 and 1,184 players respectively. That didn’t stop Schneider, though. Will his love affair with the Irish partypoker Grand Prix events continue in Galway? You certainly wouldn’t like to bet against him.